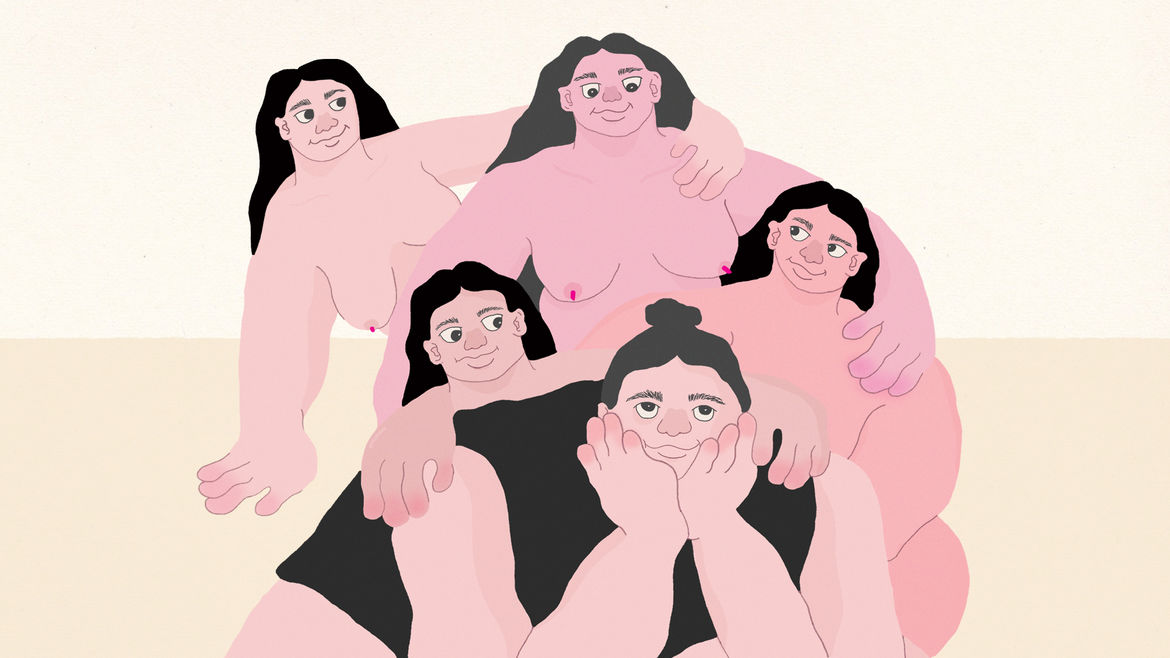 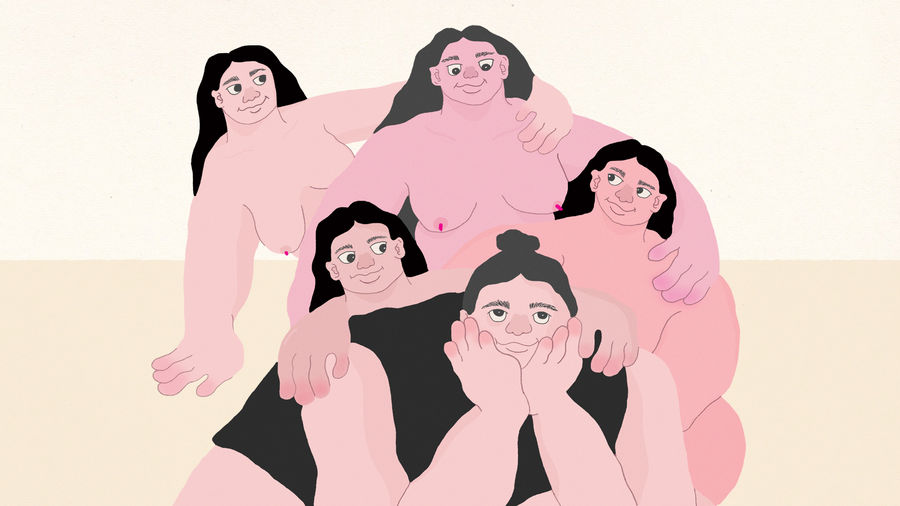 You don’t look much different at all, Mona.

The way you are seeing yourself is not real. You have goggles on. Try and be accepting of change, that your weight or your appearance do not define you.

I noticed so early we weren’t the same.

You were completely oblivious.My whole life I compared my body to yours while you strode through comfortable and confident. I would look down at myself and think, why am I so soft?

I didn’t feel ‘fat’ necessarily, but I looked so different than you did. I was soft, round. You were so . . . straight and hard. Thin.

You ate so much. I wouldn’t eat half of what you did, I made a point of it. And still I was always heavier.

Finally, something my body did better than yours.

They just made me look even bigger. Boobs were just more fat.

When we went to our grandmother’s house, she would pretend to snap your arms, complaining about how skinny you were, asking mom why she wasn’t feeding you, but me?

I’m in control of this. I know that sounds naïve. But I can stop at any time.

I gained the same amount of weight once.

My first job, when I was a secretary at GE, I gained ten kilos.

It was the first time my meals were not home cooked. On Secretary Day, we were each given a rose and went outside to the courtyard for a photo. I’m short, so was in the front, and I remember thinking I looked quite nice that day.

I’ll never forget seeing that picture, not recognizing myself. I went to a doctor who gave me pills for killing my appetite.

I don’t even remember what was in them, my mother was so worried. I only stopped when I lost it all.

It was you before, too, Mona.

Mona is a Brazilian linguist and writer. Her essays have been published in Longreads and Catapult Magazine.  Mona lives in New York City with her dog, Angus, where she is working on an essay collection and developing new attachment styles every day.