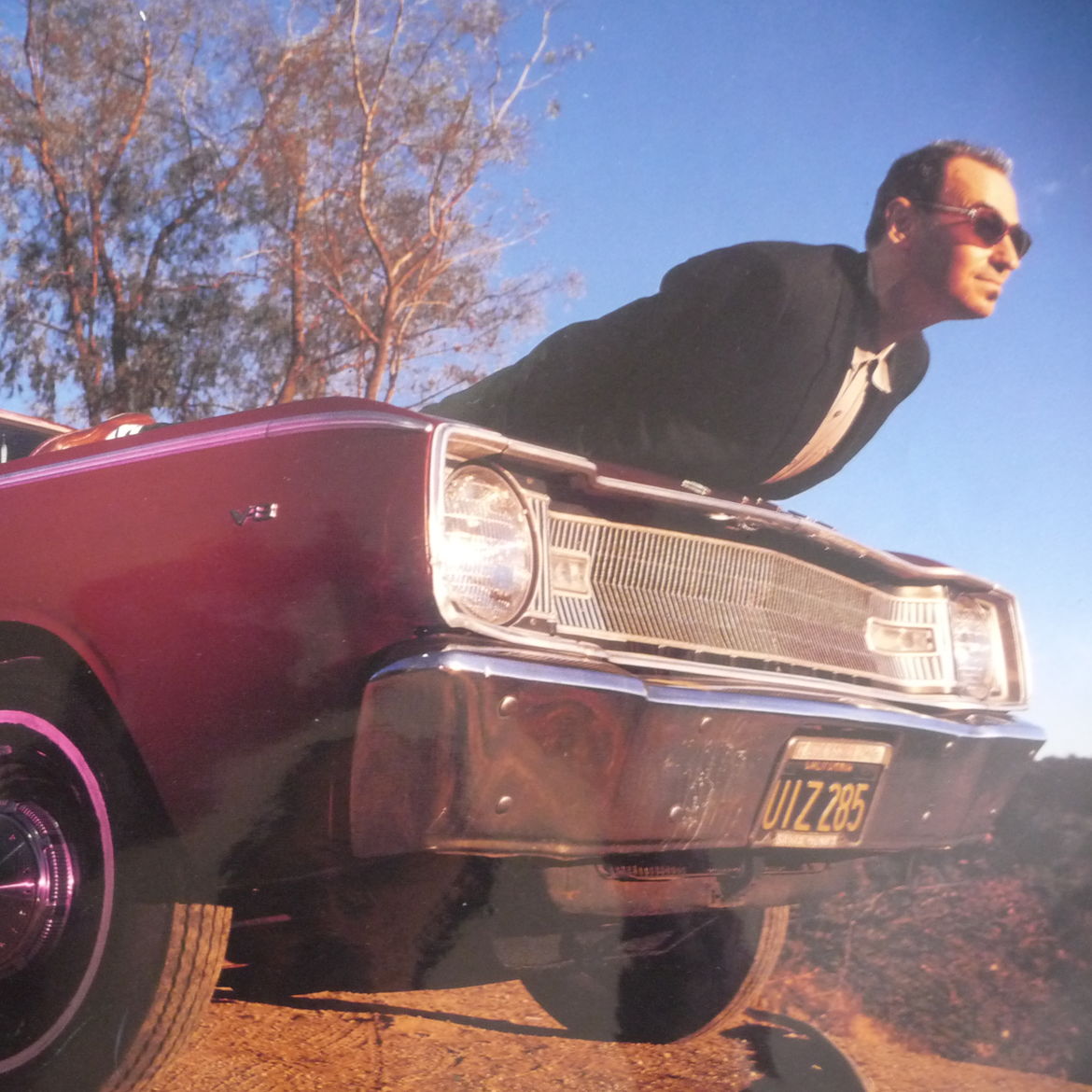 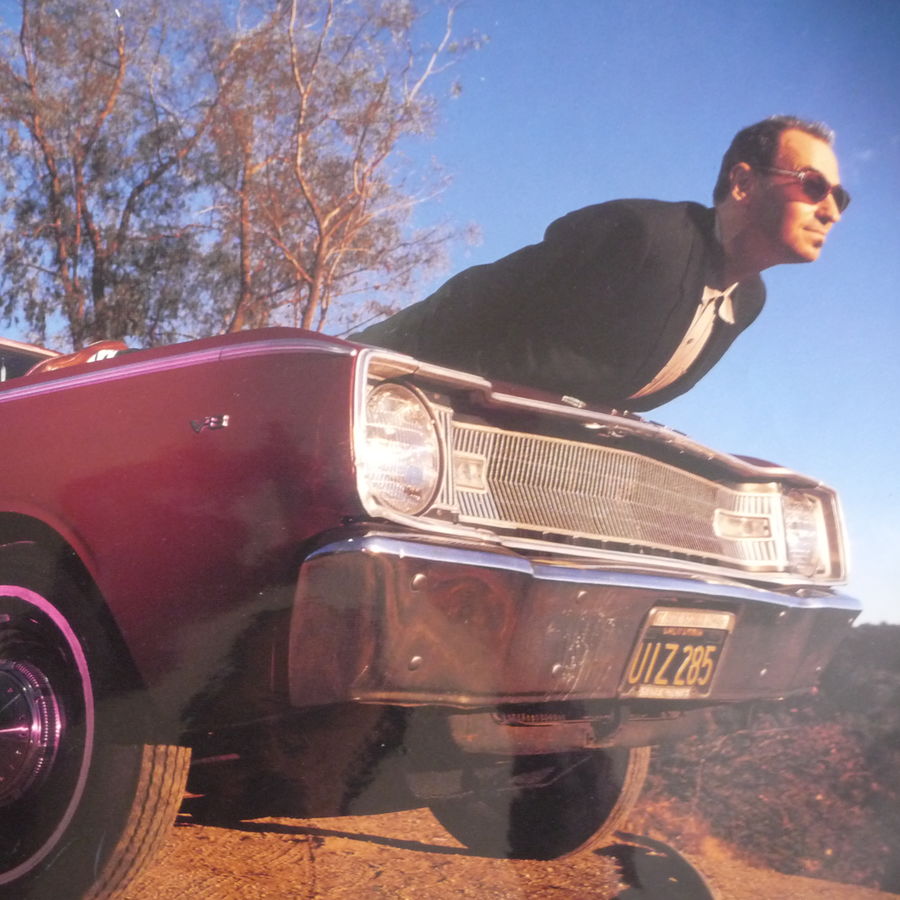 Author aboard his '67 Dodge, Los Angeles, 1991. photo by Michael Grecco

Death and Its Museum
Dave Wheeler

On Signs and Solitary Women; or, Why I Kept the Bureau for Myself
Tallulah Pomeroy

Las Cosas, Cosas Son: The Things We Give Up to Be Here
Salomé Gómez-Upegui
Things | Kept

“I couldn’t bear to wear it and just kept it, sacramental but radioactive with loss, in a box in a friend’s garage by the beach.”

At the hoarder and clutterbug support group meeting, a woman talked about a necklace she’d hung on to. It was a gift from an ex-boyfriend, a guy who’d been, she confessed, an utter louse, who’d cheated on her from the start and then dumped her.

“At least,” she sighed crookedly, “I got the necklace out of him.”

We were six of us around a table in the atrium of a mid-Manhattan office building. It was evening. One other guy besides me; the women all middle-aged. I’d grown to feel our kinship. Immediately now I played wise and advised the obvious: Get rid of the necklace! “Why hang onto something that brings back bad memories?” I demanded sensibly.

Except look who was talking. I had long kept cracked old coffee mugs, piles of dusty yet-to-be-read magazines, birthday cards from years past’ there were boxes of books I couldn’t bring myself to sort through stashed under the piano in my main room.

And back in my somewhat decluttered bedroom, in a slovenly closet, there was an ancient, jaunty red cardigan: an intimately painful, ambivalent artifact from a disastrous love affair.

It was a gift, too, from a Christmas many years before, from my then-girlfriend in L.A.

She was an artist, much younger than me, quirky and pretty, her accent shaded by a childhood near the Irish Sea. I was on tour from New York with a new book, doing “performance art” readings. This was the late eighties. I fell head over heels for her and L.A., and moved in with her right away, while still keeping my sublet back in Manhattan.

After a year of enchantment, she came down to visit me for Christmas in Mexico, where I had a small role in the Hollywood production of Roland Joffé’s Fat Man and Little Boy, about the A-bomb at Los Alamos. The movie would bomb on release. So would our relationship.

It was in our holiday hotel room in an ex-convent in Oaxaca where she gave me the cardigan. It was red with discreet grey patterning and a zipper instead of buttons. It resembled something a sixties English Mod would wear; I called it my Paul McCartney cardigan. On the wrapping she’d charmingly drawn a little cactus in a pot from her LA windowsill.

But I got annoyed with her, down there in Mexico. She was so artsily dismissive about Hollywood, and I was in rickety shape from the stress of being an amateur sharing scenes and meals with Paul Newman and John Cusack. My Christmas visitor got food poisoning; I shouted and raged at her as she whimpered in the ex-convent bed. I shocked both of us.

So I was on shaky ground when I get back to L.A., where she was obsessed 24/7 with an art show. I sulked now at being ignored, I who’d been on camera with Paul Newman. I blew up again.

And just like that, to my horrified and doltish disbelief, she announced it wasn’t going to work between us. We were in her sunny little kitchen under the folkloric mask I’d bought her for Christmas: “I just realized: It’s not going to work. It’s over.”

I went reeling back to cold grey New York, where I sank into a desolation I never imagined existed. The unresolved grief of my mother’s death a few years before had combined (I’d come to realize) with the shock of getting dumped. Anafranil, a then-new drug in those pre-Prozac days, brought some relief finally, though first making me a tad berserk with anxiety. And all I could do, every waking moment, was pace and gasp, and blather. A nonstop bug-eyed logorrhea about the girl in L.A.

“Boy,” quipped one friend who hadn’t run for the hills. “Am I glad I’m not you!”

After four months of this, back I limped to L.A., me and my Anafranilized anguish rumbling the bereft sunshine in my weather-beaten ’67 Dodge. In my three following years there P.D. (Post-Dumping), I moved twenty-five times, a precarious, crazy mode suited to my state of heart and mind. Los Angeles is ever full of people like me—itinerant and obsessed, if not quite so cracked and frail.

What anchored my world those driven days were my “literary comedy” readings at clubs and cabarets, my stabs at movie pitching, and a new book of stories I finally started on, titled, appropriately, The Sadness of Sex.

I held onto that blood-red cardigan though I couldn’t bear to wear it and just kept it, remnant gift of a lost Brigadoon, sacramental but radioactive with loss, in a box in a friend’s garage by the beach.

Talk about “not letting go” as a lifestyle; talk about lovesick pining, pleading, and useless abject apologizing, an inability to accept “we’re over” that reached atomic proportions. Because for a year P.D. she would call me every month if I kept silent, and then even agree to meet, enough to tease a madman’s hope, a madman who was in group therapy now, beating his guilty breast raw. But my cardigan-giver wouldn’t resume as I wanted.

Mercifully, in ’91, she moved back near the Irish Sea. I’ve never tried to contact her since.

I began to wear the red cardigan occasionally. It, and the increasingly dilapidated Dodge, which we’d bought together, functioned as my nostalgic link to her, or, rather, to my halcyon vision of L.A. that she was entwined with—L.A. where the days were ever blue-skied and my career at last was getting somewhere (despite the Mexico movie’s combo-fiasco.)

In 1993 the city of Hollywood finally hauled away my decrepit Dodge while I was visiting New York mulling a move back. It was that same year that the first academic paper on the condition to be known as Hoarding Disorder was published by Professor Randy Frost of Smith College. Among other things, hoarding was described as the sufferer’s attempt “to avoid emotional reactions which accompany parting with cherished possessions.”

For decades I’d kept the red cardigan, even though it still gave me a reminiscent little pang of the breakup whenever I wore it. I’d long now been in a happy relationship with someone else—in front of whom I never wore the cardigan because she despised it for its history. So why keep the diabolical thing?

It was time to let go of it.

Heart beating fast, I wrenched open the closet in my bedroom and dug it out from under the shoddy piles of clothes on a shelf.

We cling to things out of love but also out of hate—I recalled those words from my shrink. And not just out of hate, I thought, but out of their ambivalent intimacies with our bittersweet pasts.

Grimly, savagely, I cut the cardigan to pieces. It was a ceremony of sorts, a ritual slaughter of my dithering, a renunciation once more of someone who’d hurt me so (albeit unawares generally of the scope of my fragility). My scissors squelched and crunched through cotton-acrylic blend. Squelch crunch.

When I was done I crammed the pieces into plastic grocery bags and sent them down the hall trash chute.

What did I feel? A therapeutic liberation! I didn’t feel a loss of part of my life’s story—a common clutterbug fear at discarding—but rather, a pang of sadness. I’d plain liked my Paul McCartney cardigan.

But I’d sacrificed it as part of the challenge of letting go. Clutterers—I counted myself as one—can finally meet that challenge; hoarders really can’t. An essential distinction. But it’s hard for us all.

And now the memory of throwing out the cardigan was added to the cycle of my L.A. memories. What’s more I’d photographed the whole business as a record, a keepsake. I’d be writing about it, too—as I am here. That’s a writer’s extra way of holding onto things, and of parting with them.

But I couldn’t rest of my laurels. Looking around at my apartment, I sighed hard. My decluttering project still had a long way to go.

Writer and performer Barry Yourgrau is the author of a memoir about clutter and hoarding, Mess: One Man's Struggle to Clean Up His House and His Act. His books of short surreal fictions include Wearing Dad’s Head and The Sadness of Sex, in whose film version he starred. He and his work have appeared variously on MTV and NPR. He's written for The New York Times, newyorker.com, Paris Review Daily, The Wall Street Journal and others. Born in South Africa, he lives in New York and Istanbul, and travels a lot with his girlfriend, an international food critic.