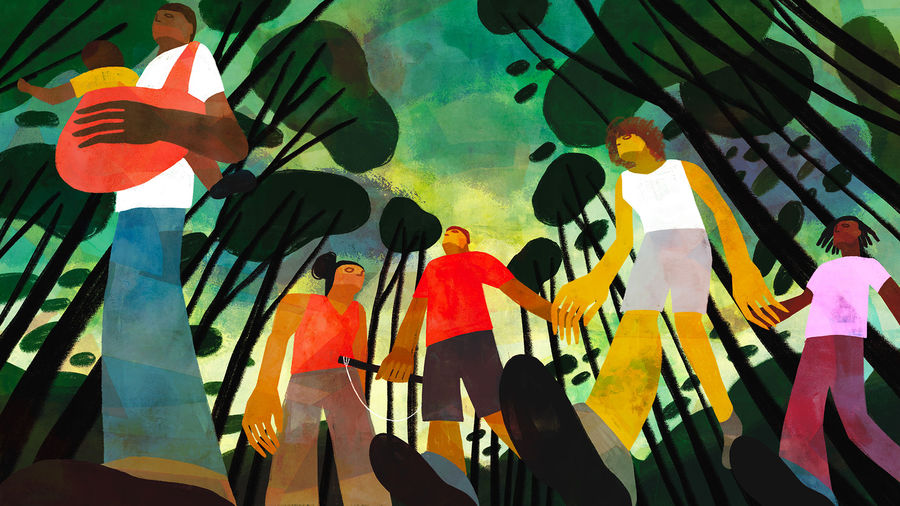 All the Ways He Won’t Die
Jess Zimmerman

Daphne first notices the mothers in the woods on a Thursday morning, after she has dropped her daughter off at preschool and loaded up the baby in the stroller for a walk. The woods is technically a city park, though there is no playground equipment, only walking trails that cut through and loop around it. Today there is a whole group of women—mothers and their children—gathered under one of the big trees on the outskirts of the woods, the pretty one where people pose for family photos. The mothers wear their babies in slings strapped to their chests, though many of them also have bigger, wilder children darting around too: jumping off the tree’s low-hanging branches, jumping from crack to crack on the sidewalk, perching on the bench at the edge of the woods and then jumping off it. Daphne pushes the stroller into the street so no one accidentally jumps onto her baby.

I could live here

This is why we do what we do

Alison Wisdom's fiction has appeared in Ploughshares, Electric Literature, and elsewhere. Her debut novel WE CAN ONLY SAVE OURSELVES is forthcoming from Harper Perennial in February 2021.