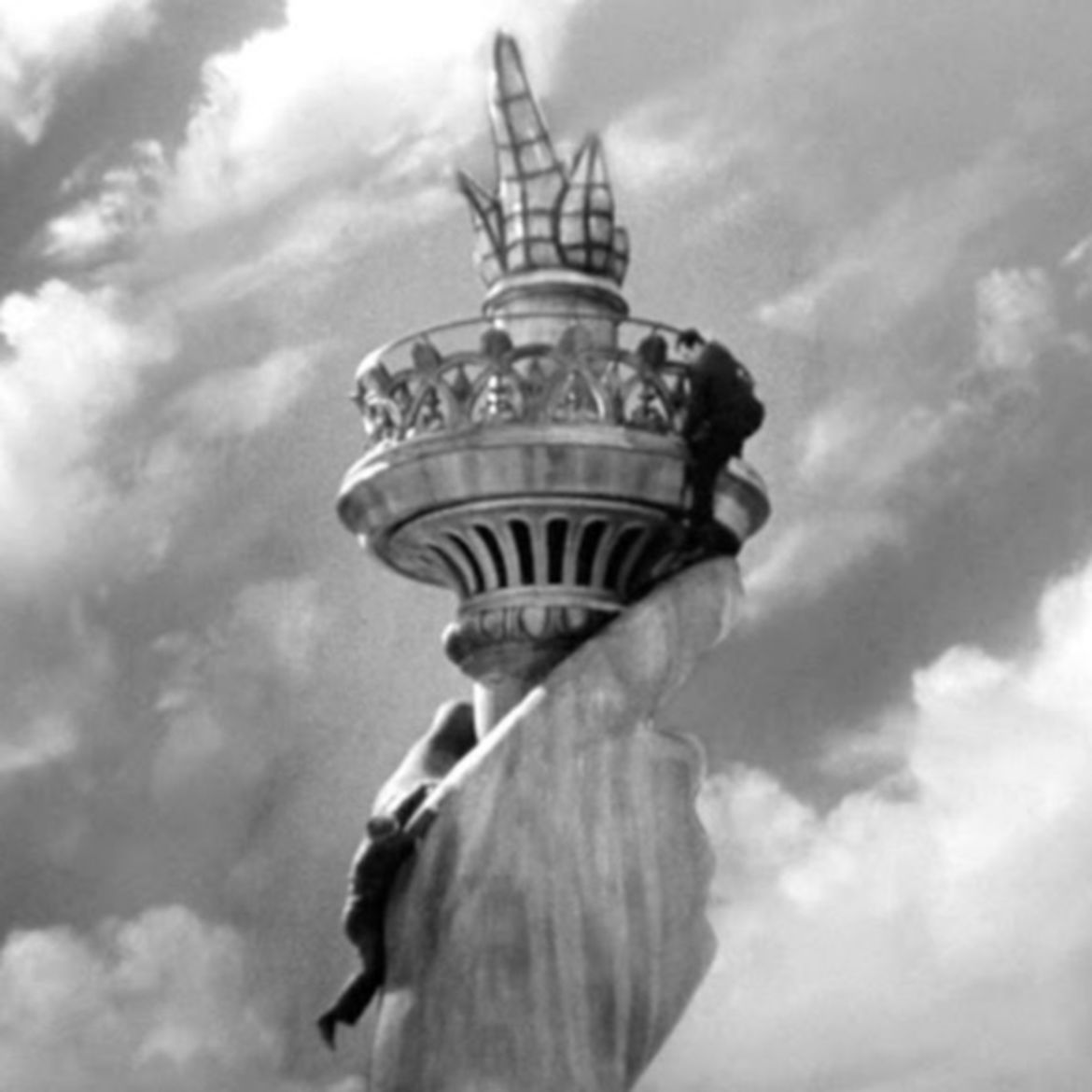 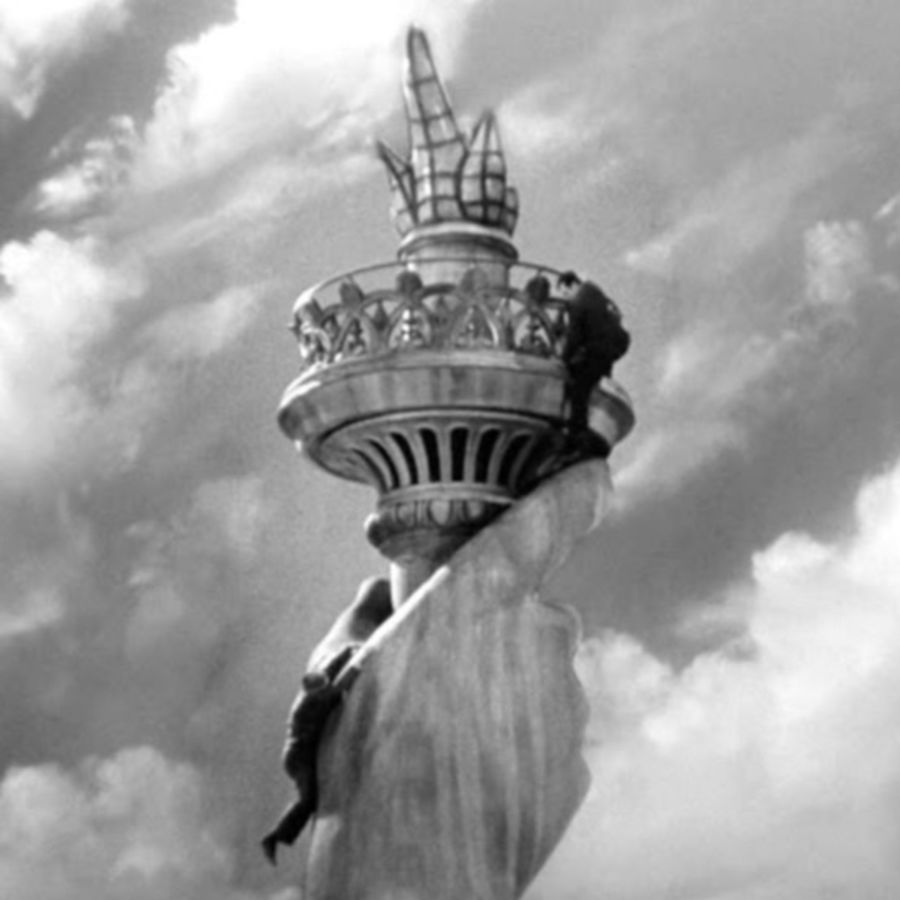 Scene at the Statue of Liberty, from ending of 'Saboteur,' Alfred Hitchcock 1942.

There was a man who owned a tree farm in our town. That’s the way I knew him—I used to go to the farm to look at all the trees. But then there was a falling out between him and his brother, and he went to South America for a while. When he came back, his mother gave him a smaller nursery where they sold shrubs and perennials and annuals, but not on as big a scale as the first tree farm.

She started naming all the kinds of roasts she liked to cook: rib roast, roast beef, roasted this animal, roasted that animal. It was hard for me to listen. I don’t have Paul McCartney by my side for vegan support, although he has a house near hers. Then she said, “You know, they wouldn’t even deviate from it for one night.”

Julie Hecht is the author of Do the Windows Open?,​ ​Happy Trails to You​, ​The Unprofessionals​, ​and Was this Man a Genius?: Talks with Andy Kaufman.​ ​She is currently writing her next book, Every Single Thing.

Self-Defense in a World of Bots

Being attacked by a human man nowadays seems quaint.

Curse of the Last Illiterate

We didn’t know how to read the words. It started with ‘inchoate’ and ‘grotesque,’ and spread to ‘brain’ and ‘rain’ and ‘love.’