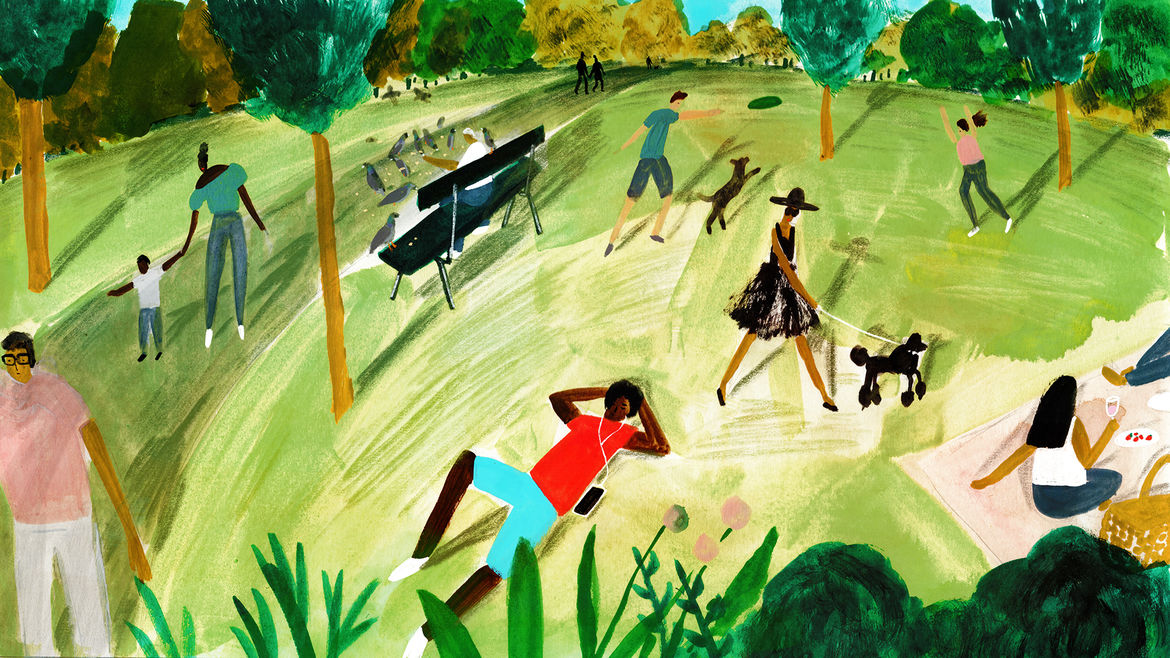 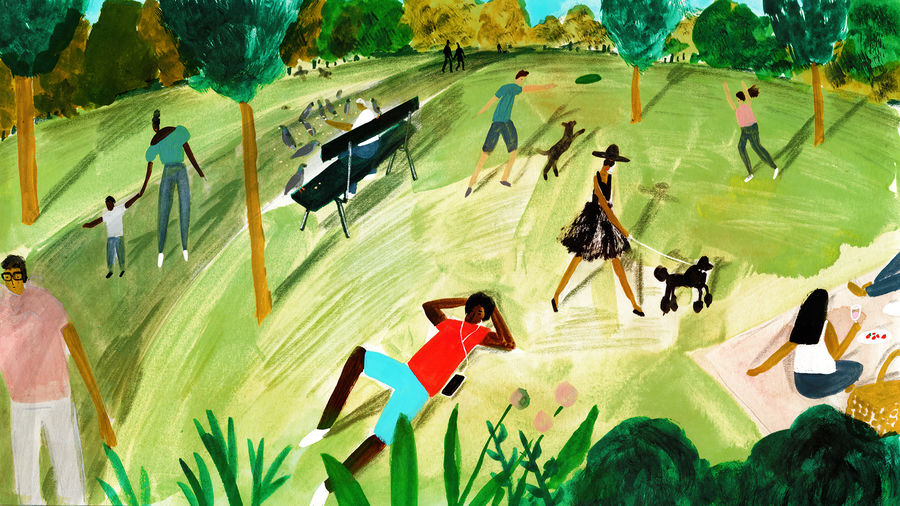 On Some Saturday, After All of This

On Some Saturday, After All of This
after Ross Gay

to holler that the grass that cradles my back and tickles my calves is bright and hot from the sun, which after being gone for several days to make way for the ceremonial procession of summer rain clouds, has returned, adorned in such resplendent yellows that my cheeks hum with warmth and the hairs on my forearms, captivated by the train of the sun’s dress, cannot help but stand at attention much like the couple to my left who are tossing a frisbee between each other, who laugh when it sails into a crowd of feeding pigeons, scattering them to the wind, their wings the thrumming sound of a thousand leaflets thrown into a city square the war is over! the war is over!the purplegreen plume of their necks caught in the light, shimmering against the sky-blue sky like a school of flying fish before eventually circling back to the crumbs of bread laid out for them by the old man in plaid sitting on a bench, who, after a winter he was sure would claim him, after a winter that claimed so many of us, revels in the small task of feeding these eager birds, revels in their lively squabble, for the way it reminds him of the liveliness still fluttering in his chest.

while my phone cycles through a playlist I made for this very occasion because I am waiting for my friend, whom I haven’t seen in weeks, who is always late, which I don’t mind really because, like I said, I am here in the park and amidst such warmth and color and far-off squeals of giddy children there is little room for sourness, little room for anything other than a vibrating joy, and when she arrives, pulling her bike alongside her, brandishing a smile I have not seen unobscured by cloth in who knows how long, it takes everything in me not to weep, not to burst into a million dandelion seedlings dancing on the breeze, all their held wishes granted, so I hug her, tight enough to keep my body together, clumsy enough to get her hair in my mouth, and when was the last time I had someone else’s hair in my mouth? When was the last time there was a day this good?

Jonny Teklit
Jonny Teklit is a winner of the 2019 Academy of American Poets College Poetry Prize as well as the recipient of the 2019 Aliki Perroti and Seth Young Most Promising Young Poet Award. His work can be found in Lancaster Online, Mixed Mag, Dishsoap Quarterly, Alien Magazine, The Susquehanna Review, and The New Yorker.
+ Follow

In a time lapse, nothing happens smoothly. / Red horns quake as they splinter / from limbs on the bottlebrush.

Some days come too soon.