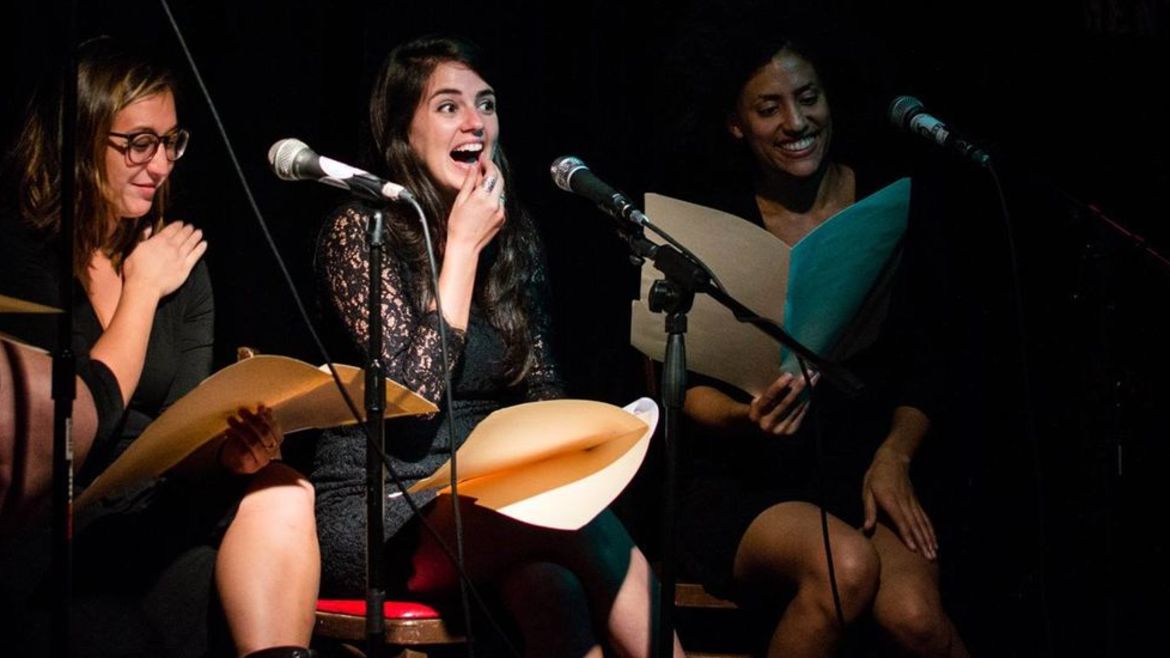 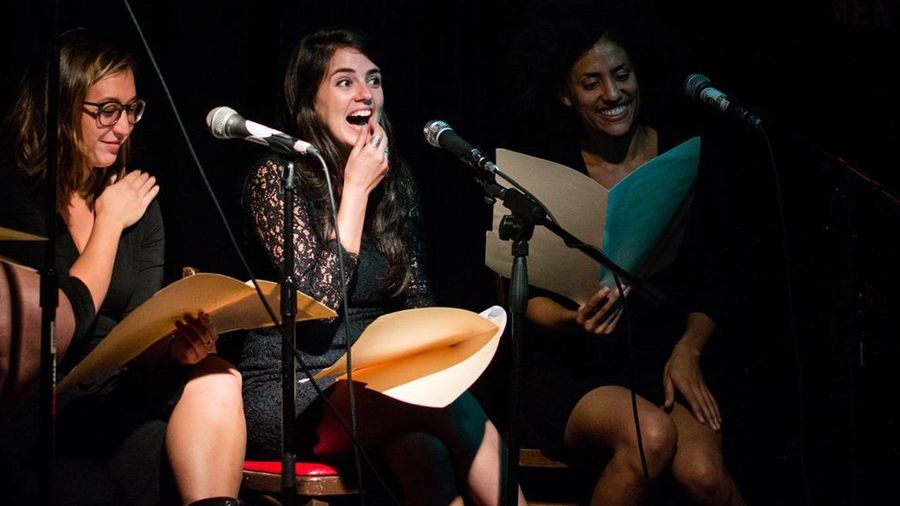 the author (far right) at rehearsal / photo by Liz Rogers

From Atheism to the Cosmic
Natalie Degraffinried

Glory in the Floorlamps: How the Theatre Became My Church

Both church and theatre demand from their followers the suspension of disbelief, and the ability to inhabit an imaginary set of circumstances in lieu of the known.

Rent yes. all glorious this, this, this; in this I believe.

Becoming My Own Woman, Without the Faith of My Childhood

I had always found a gathering of women sharing their stories and wisdom an effective way to touch the divine.

When I looked at her, I simultaneously saw divinity, and myself.