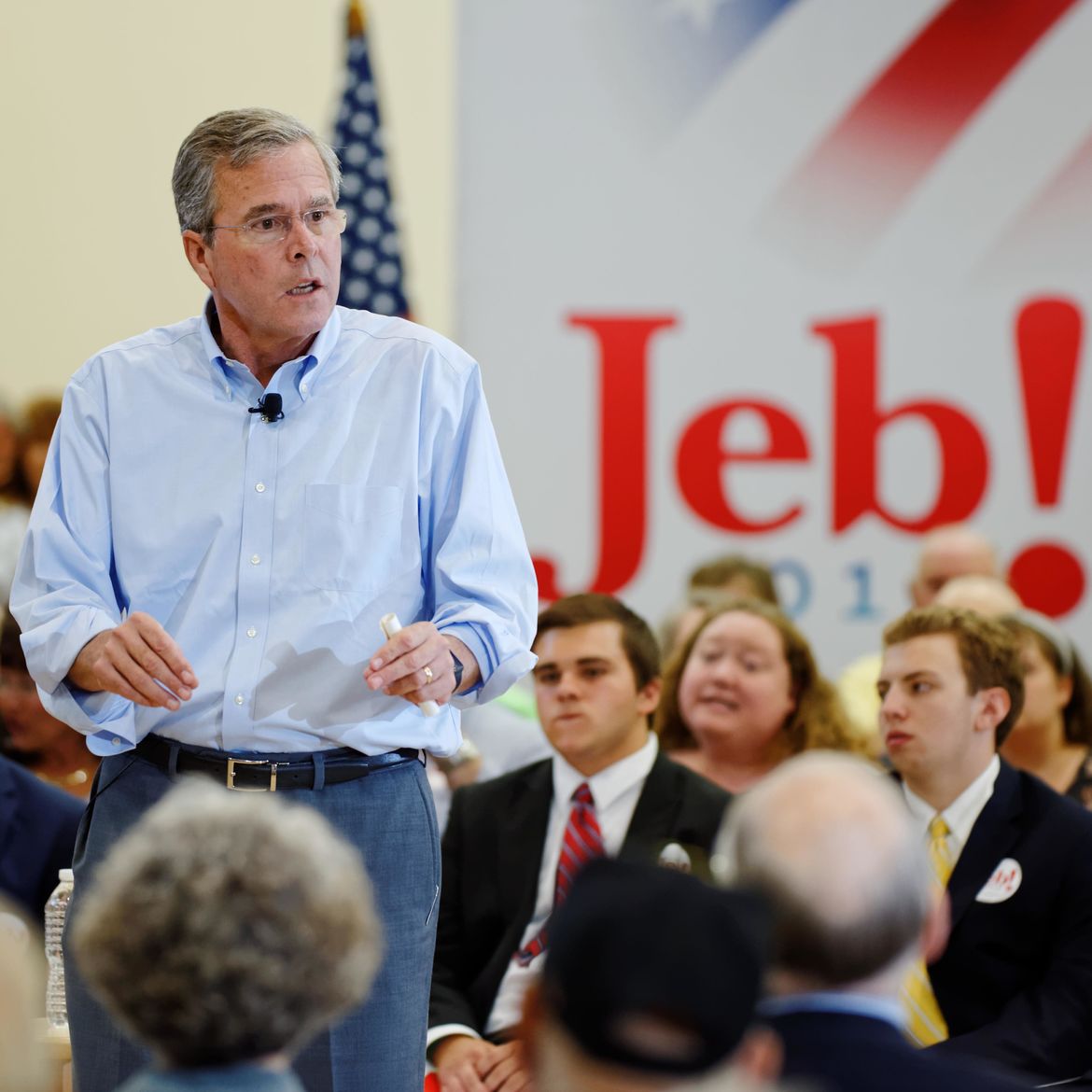 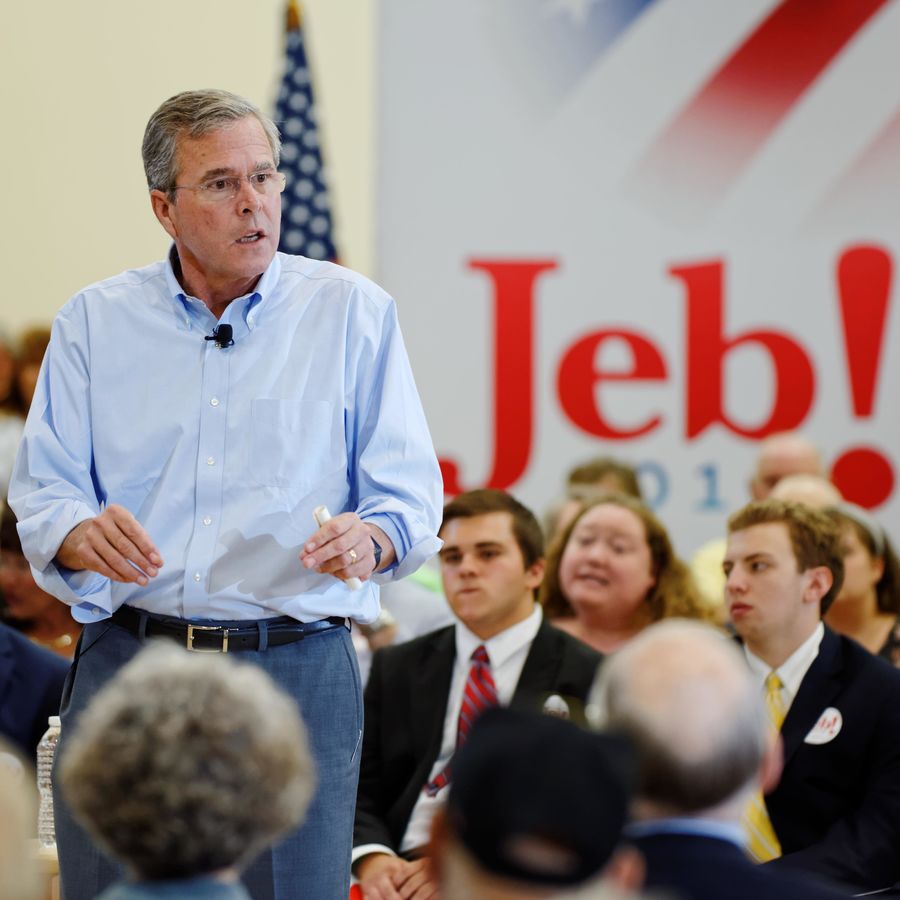 When I heard that Jeb Bush was dropping out of the Republican primary, I was filled with more sadness than I was expecting, more pathos than I would have thought I’d be able to drum up for a member of Republican royalty with a hundred million dollars in Super PAC funding.

It was not just that Jeb was among the candidates bearing the least resemblance to a cartoon villain, or that he has seemed so befuddled for so long that he evokes the kind of sympathy automatically bestowed upon  lost and lonely losers. It was those things, but it was also that exclamation point. Oh, Jeb!

Last June, Jeb debuted a new, more enthusiastic version of his campaign logo: a big exclamation point appended to his moniker (the whole shebang still rendered in that particular shade of red reserved for the pants of ultra wealthy men summering on the Cape). This attempt to use punctuation as a stand–in for actual energy and enthusiasm was embarrassing and, of course, too heavy a burden for a simple exclamation point  to bear. It was a move obviously born of desperation. And ever since, Jeb has had a little piece of my heart.

I too am profligate with exclamation points. It is the email equivalent of the nervous smile. In other primates, the expression we know as a smile is called “fang flashing”: the baring of teeth and tightening of neck is a sign from a lesser animal to a more dominant member of the group, signaling submission. Getting the alphas not to bite you was basically the theme of Jeb’s campaign.

It is also the theme of a lot of my professional correspondence. As a writer and editor, I often know people I work with only through email, and in the absence of facial expressions I rely on the friendly, non–threatening exclamation point to make sure the alphas know not to bite me. Any request for revision is accompanied by “This looks great!” That’s fine, just a little cheerful compliment to make the medicine go down. But the exclamation point quotient in any given email is directly proportional to my discomfort with what I have to say—the frantically cheerful emails I send to follow up on unpaid invoices are so laden with exclamation that they read like invitations to manic bachelorette parties. “No rush of course! Just checking in!”

Often after finishing an email I pause and reread it just to comb out superfluous exclamation points, adapting Coco Chanel’s advice about accessories.

The exclamation points in my inbox come mostly from women. It makes sense to me that, after often being rewarded for sweetness in our girlhoods, we now experience some cognitive dissonance when the workplace calls not for acquiescence but assertiveness. And so we tiptoe a fine line, smiling but not too much, speaking up but not too boldly, emailing our straightforward requests but peppering the messages with “Thanks!” just to be safe. Deploying the strategy of the submissive monkey flashing its fangs: aggressively communicating our lack of aggression!

When Jeb managed, those few times, to “mix it up” with Trump (a human seemingly immune to any anxiety about self-expression) I saw in those moments a familiar struggle: a person screwing up their courage and remembering that pep talk their mother gave them and gosh darn it, asking their boss for that raise. Jeb was learning something interesting, trying on aggression. Ultimately it wasn’t something he felt comfortable wearing. But for someone figuring out how to strike this balance, it was fun to watch such a (rich, white, deeply privileged, male) high–profile person also try.

Standing up for yourself, as those of us not born into political dynasties learn somewhat earlier in life, is not easy. While you’re getting the hang of it, exclamation points can help.