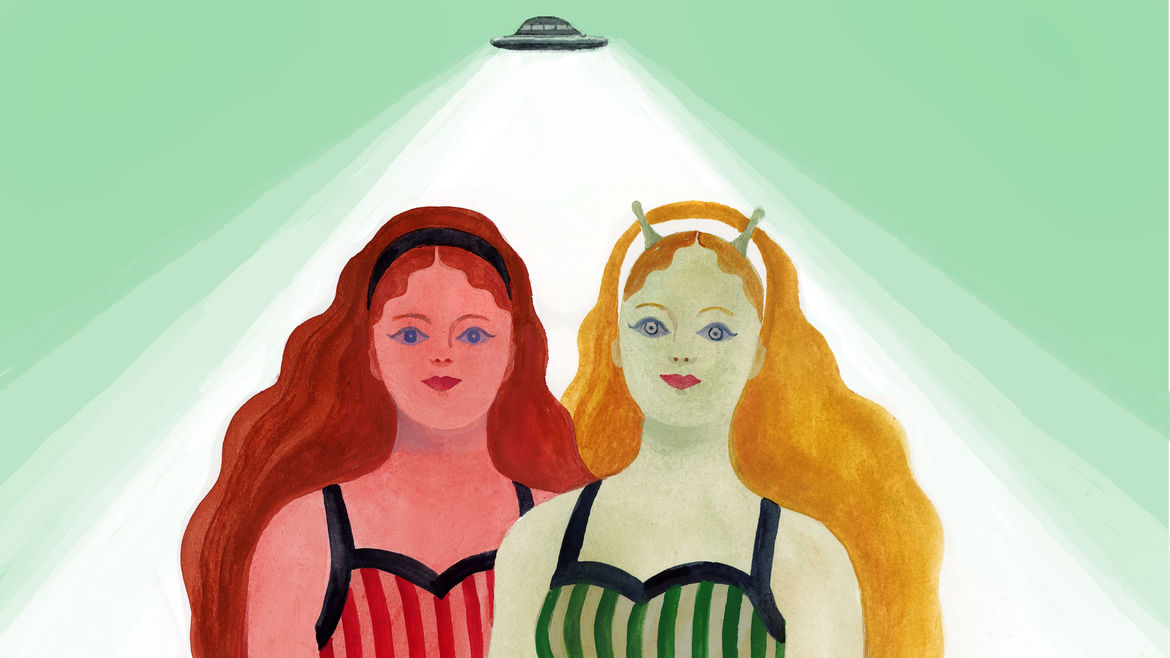 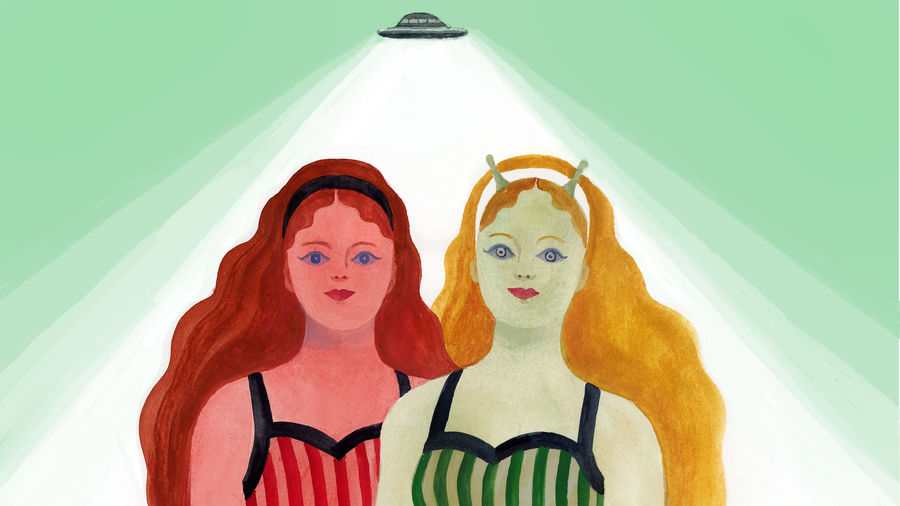 Interplanetary Risk Management and Other Reasons to Quit Cheerleading

Her species procreates through a sacred sermonic skin grafting ritual, but the idea of sex with a teenage human male she found truly grotesque.

How was school today, Emma Claire?

Friend (noun): a person attached to another by feelings of affection or personal regard. ((Spatial Proximity + Relative Interest(s)) x Time Spent)

Tammy Tonya’s brow darted inward, her sadness swiped to anger with theatrical precision. She punched open the door and did not look back again.

Tammy Tonya’s gaze fixed ahead. Emma Claire reached over to her, her hand gliding through the space between them, and just as she was about to make contact, a white, astral light poured in from behind, startling them both.

Annie Werner is a writer from Texas living in New York. She's published with Paper Darts, Juked, Pigeon Pages, and The Village Voice.