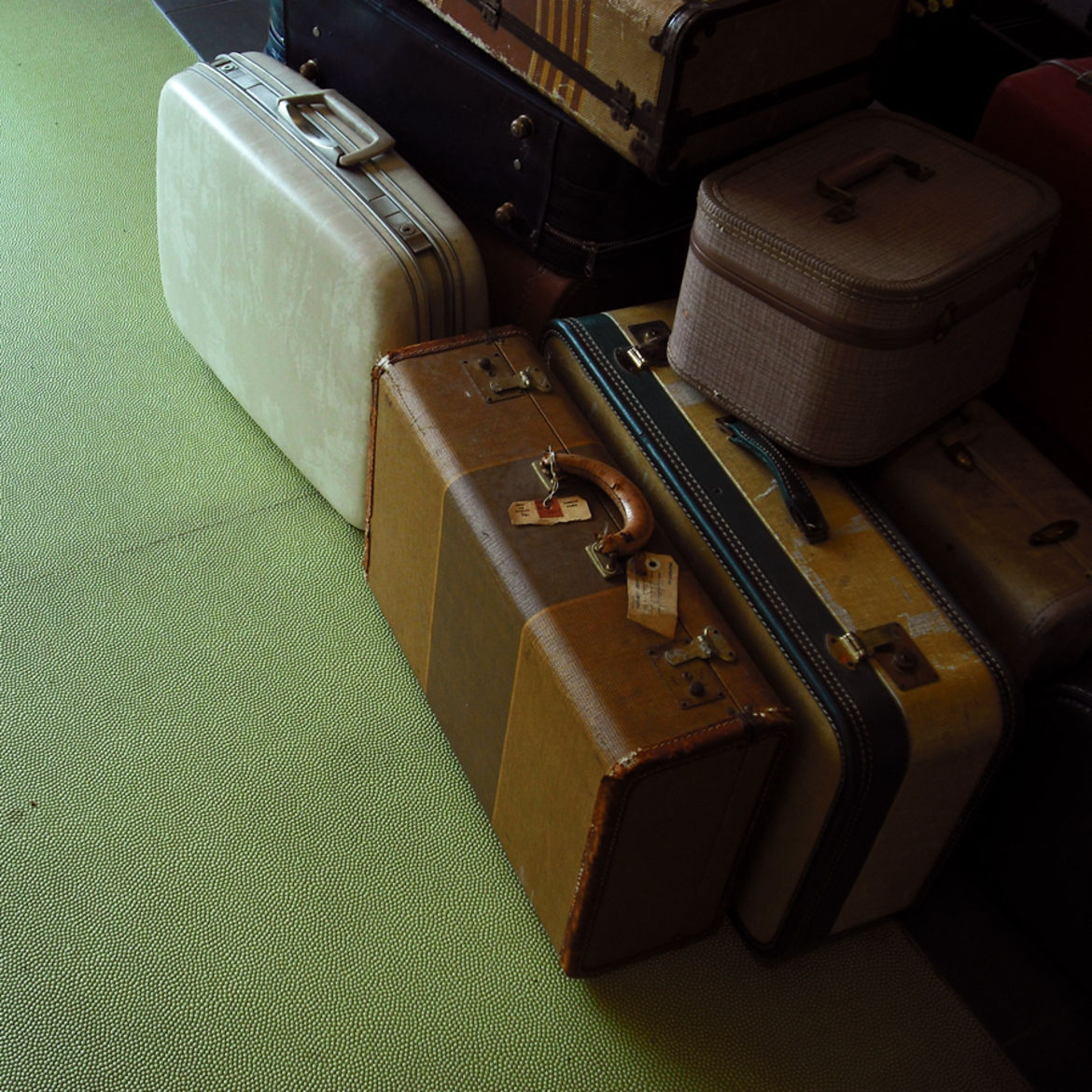 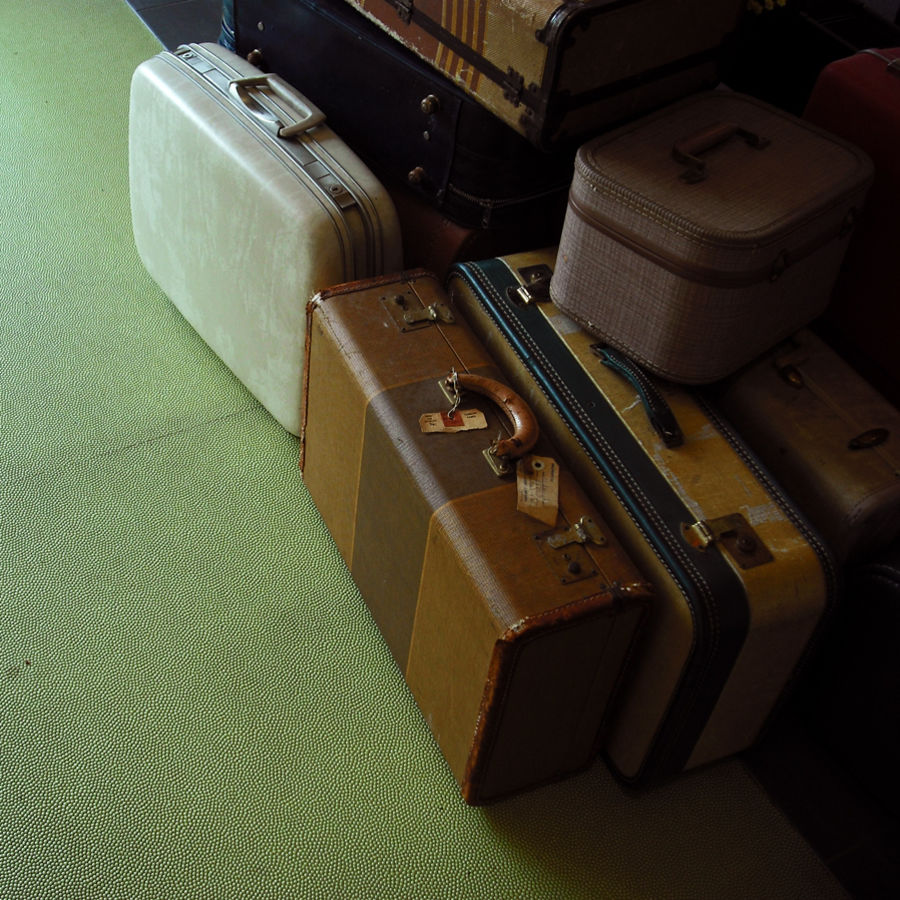 The Woman Scared of Her Own Kimono
Rowan Hisayo Buchanan

Raymond Briggs and Me; or, The Banality of Evil for Children
Ruby Brunton

That’s what he said that afternoon back when we still lived in Pennsylvania.

I remember I was sitting on the vintage mustard-yellow sofa in the sunroom, and a large, hard-sided black suitcase was on the floor in front of me. It was late in the day, and our dinner idled on the stove, over low heat.

Sitting cross-legged on the floor, Mike toggled between the suitcase and an overstuffed computer bag, extracting newspapers and magazines and what looked like nearly a dozen bottles of wine, amari, and olive oil wrapped in T-shirts. He sipped a beer and occasionally batted away my hand, saying, “Not yet!”

Soon he’d begin unveiling impossible-to-find books, pricey items of clothing, Southern Italian snacks—in essence, a little bit of everything Italy has to offer. And the hefty haul of treats would be all for me. A tribute to what guilt can inspire one to buy. More on that later.

The scene in our narrow row house in Allentown had the feel of Christmas morning, even though outside the leaves were still turning fall colors. It was a scene that had repeated itself through the years whenever he returned from a work trip to Italy. But as gifts quickly covered the hardwood floor that afternoon, I noticed perhaps for the first time that a new ritual was forming.

When everything was arranged just so, that was when he said it: “Close your eyes.” Dutifully, I closed my eyes and extended my hands, palms up. A moment later, something lightweight was wobbling in my hands. It was so light that it felt like a piece of paper, and in fact it was. A hand-written menu from a restaurant in Florence. He knew I loved anything with a display of Italian words. And he knew I loved that particular restaurant. As I read out the list of primi and secondi, he said it again.

Next came editions of the Italian newspapers from that day and a copy of Bell’Italia, a gorgeous travel magazine. Then a few other mainstays—several packages of Italian coffee, and a bottle of aglianico, a wine we discovered on a trip to Puglia. There was also a novel I had asked for, to help me keep up my Italian.

As the ritual went on, the gifts became more expensive or more meaningful. Soon I was holding a pair of gray wool slacks from my favorite Italian designer and a package of place mats depicting maps of four Italian cities. Ding, ding, ding: This man knows what I like, I thought.

Well, to be honest, I thought that later. At the time, I was thinking, “He’s overdone it—again.”

Soon I was surrounded by gifts: clothes, a wedge of parmesan cheese, packets of precious saffron, and foot cream from the erbolaio.

“You don’t have to buy all of this stuff, you know. The magazines and the book and the coffee would be enough,” I said, surveying my pile. “Okay, and the pants from Patrizia Pepe. There, that would have been enough.”

“Patrizia Pepe isn’t cheap.” It was his way of making conversation to deflect what I had said. “But they were really nice to me in there.”

I guess you could say his presents from Italy are one of the ways we’ve kept our love alive. After our mini-Christmas morning wrapped up that day in Pennsylvania, I arranged the gifts on the dining room table for a photo. My own temporary shrine to Italy.

As I looked at the grouping of gifts, something clicked. Or, rather, unclicked. I thought about all of the gifts he’d stuffed into his suitcase over the years, ranging from special to useful to who would want this? (The answer: me). Indeed, the items that only appeal to me—say, a Florence street index with the history of the city’s roads—were perhaps the best. And I realized I was living vicariously through him. I’d become some helpmeet who could only catch glimpses of Italy through him.

You see, my partner and I met in Florence. Met, fell in love—with each other and with Italy—and acquired daily habits and rituals that still bind us together, years after moving back to the States. Italy is something we’ve shared—our own little hobby.

When we met, we both worked at an industrial plant owned by an American company on the outskirts of Florence. He was an engineer on an overseas rotation with the company, and I worked as a contract translator and English teacher, instructing the plant’s Italian employees.

It wasn’t long before I began pretending to bump into him at the plant. A long covered walkway linked all of the buildings to the cafeteria, and I knew just when to go for a stroll if I wanted to meet up with him on his way to lunch.

Who goes to Italy to meet another American? I sure didn’t. But together, we explored a country that would hold us in its thrall for years to come. How many nights did we spend around long restaurant tables with Italian friends, learning about wine and food and life? How many times did we sing along to a popular Italian song about nights out in Italy, wandering through piazzas and from bar to bar. It was as if the singer, Ligabue, had written the song about our nights, our Florentine nights.

Eventually we left Italy, settling first in Atlanta. For the first few months, I felt as though I’d landed on an alien planet. I missed Italy terribly, and my longing for my adopted country often reduced me to tears. All I had to do was listen to Italian songs, and I would begin to sniffle.

Slowly, though, we built a life—an American life—even if we never abandoned our Italian tastes and our desire to live abroad again. We’ve returned to Italy on holiday together several times, but because of his job at a large multinational company, he visits much more often than I do. I’ve lost count of the number of trips he’s made to Italy without me—or the signature events he’s observed there, from the Torino Olympics to the death of Pope John Paul II.

When asked about his travels at parties, he likes to say I speak Italian better than he does—like a consolation gift on a game show, although instead of losing out on the new car, say, I’m losing part of my identity.

Sometimes he takes off on a moment’s notice. Yet it’s been eight years since I’ve visited Italy. It’s not his fault that I can’t go with him. I’m a journalist without a lot of vacation time. Plus, three years ago we had a baby, and our trips are now closer to home.

If I can’t go to Italy, I’ve made sure to bring Italy to me. With the treasures Mike has brought back, I have stocked my Italian library, filled our wine cabinet and decorated our house with keepsakes of every kind. We have a poster with the entire text of The Divine Comedy hanging in our kitchen. And the house is crammed with so many Italian coffee pots that our son uses an old one as a toy. On the wall in the hallway hangs a portrait of me that a friend painted when we lived in Florence. She included it in a gala art show. Everyone admired the painting the evening of the opening as they sipped prosecco, but it was clear only one person would be going home with it: Mike. We’ve had the painting ever since, lugging it, along with every other memento from Italy, from house to house as we’ve moved.

Last month, I became obsessed with a song called “Mi Ami Davvero,” which means “You Really Love Me.” I listened to it over and over in the car as I drove our son to daycare, sometimes with tears in my eyes. Who was I crying over? Or what? The sound of the singer’s voice became a time machine, transporting me back to Florence, circa 1996, even though I never heard the song while I lived there.

In the meantime, it seems as though Mike has visited Italy even more often since the birth of our son—Leonardo. I know when he may have a trip in the works. He says, “Don’t get mad.”

“I may have to go to Italy again.”

That's what happened earlier this year. He sent me an email from work, saying he had to go to a conference. Another work trip to Florence. I found myself biting my tongue. What could I say? With little more than two weeks’ notice, I couldn’t arrange to join him.

When he returned, he came bearing gifts. Magazines that I thumbed obsessively, a book I’d requested, a package of biscotti. He even stole a wine glass from a restaurant in the main produce market. Afterwards, I erected my shrine just like I always do on the dining room table. Then I cautiously peered inside the book he’d bought for me, not wanting to crack the spine yet. It was the rare nonfiction book by a famous Italian novelist—about his travels around the world, including a train trip he took to Florence. Something that once was fairly commonplace for me but now seemed so out of reach.

Gazing at my pile, I was struck with an odd thought that day. Does this shrine look like a fetish? My upbringing taught me to cherish gifts—all gifts. And every time Mike returns from Italy, I’m overwhelmed by his generosity and his thoroughness. I see now the gifts tell a love story—really, two love stories. One with my partner, and one with Italy. The second a sometimes volatile love affair that started two decades ago on a semester abroad in Siena, and which gives few signs of relinquishing me from its grip. The gifts were no longer enough. Wouldn’t I simply prefer to go to Italy? Looking down at the book, I thought: Yes. Yes, I would.

Jeanne Bonner is a writer, and a candidate for an M.F.A. in Fiction from Bennington College. A nonfiction essay she wrote was awarded Honorable Mention by Writer’s Digest as part of its annual writing contest this year. Another essay, on the importance of work, will be published in an anthology next year by the HerStories Project. Her poetry and nonfiction travel essays have appeared in Mothers Always Write and Afar.com, respectively. She lives in Atlanta, where until last year she was an NPR station reporter.

The Stalker and the Nightgown

“A body is more vulnerable when it’s comfortable and unaware.”

In Which the Magpie Spies Collages in the Trees