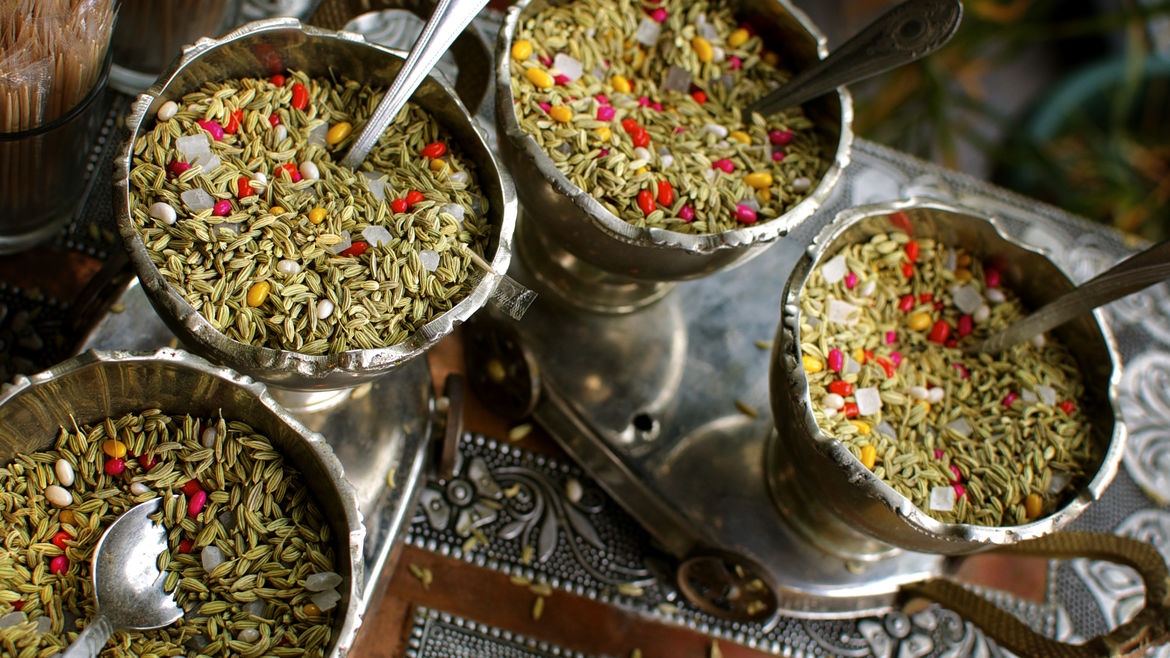 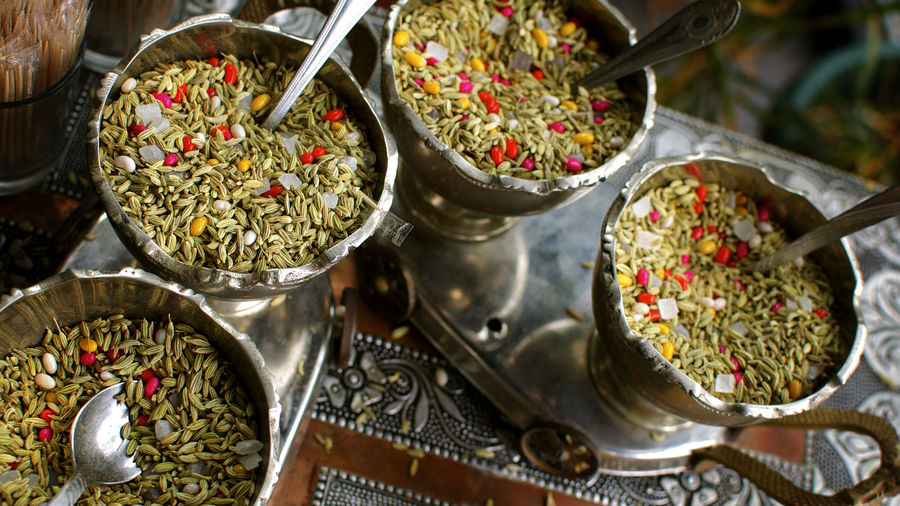 But what is that? Just saunf. Go on, get some. Try it.

But we never exchanged phone numbers and never did more than wave after. Without the alcohol, Neal didn’t seem willing to broach any topics with me, and I wondered if he was embarrassed of what he’d confronted in himself and then shared with me. But ultimately, for me, it was one more dead-end. So, I tried a new tactic. Instead of obstinately seeking out others to ground me, I gravitated towards more firmly feeling rooted in myself.

Wikipedia pageThe TakeoutThe Penguin Food Guide to IndiaFeasts and Fasts: A History of Food in India

But what did people say to you about it when you were growing up? We never really talked about it. It was just there.

Remember the canister? In Maiya’s house?

Poor girl, it’s too strong for herHow can a little girl born in America of all places like paan?

Oh, no, noBeta, your stomach will go sour if you eat that much before dinner.

Just saunf. Go on, try it. Something spicy, but also not? And kind of sweet?

Originally from Connecticut, Eshani Surya is recent graduate of the University of Arizona MFA program in fiction, where she also taught undergraduates. Her  work has appeared in Literary Hub, Joyland, Paper Darts, and New Delta Review, among others. She also serves as a Flash Fiction Reader at Split Lip Magazine, and works in video game content creation. Find her online @__eshani.