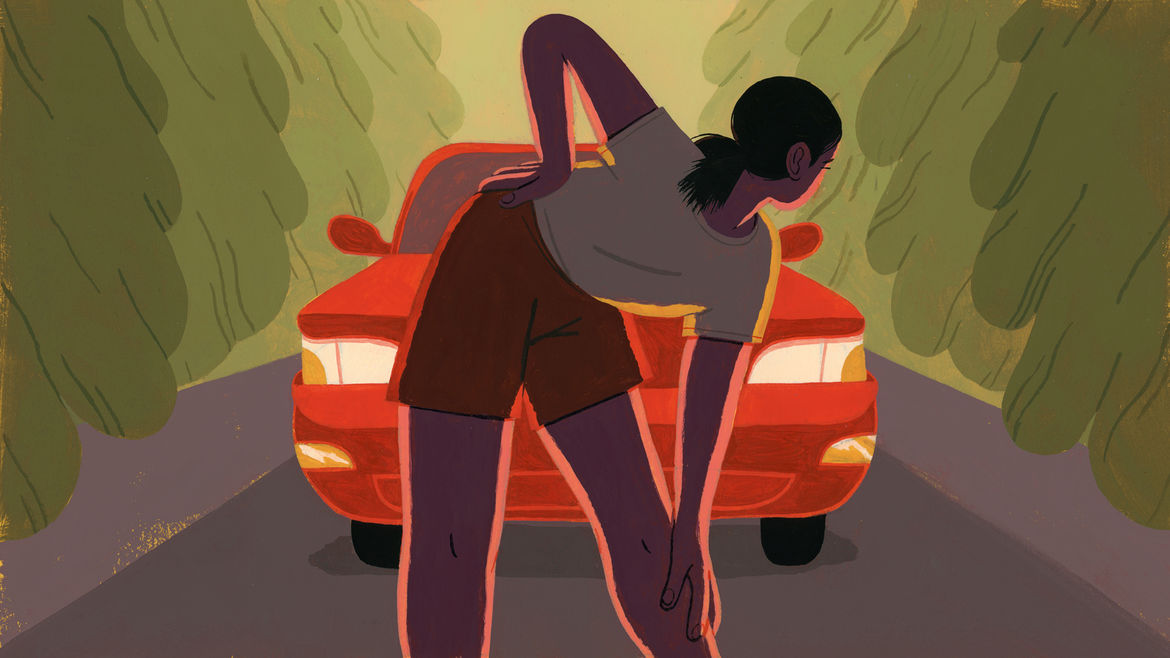 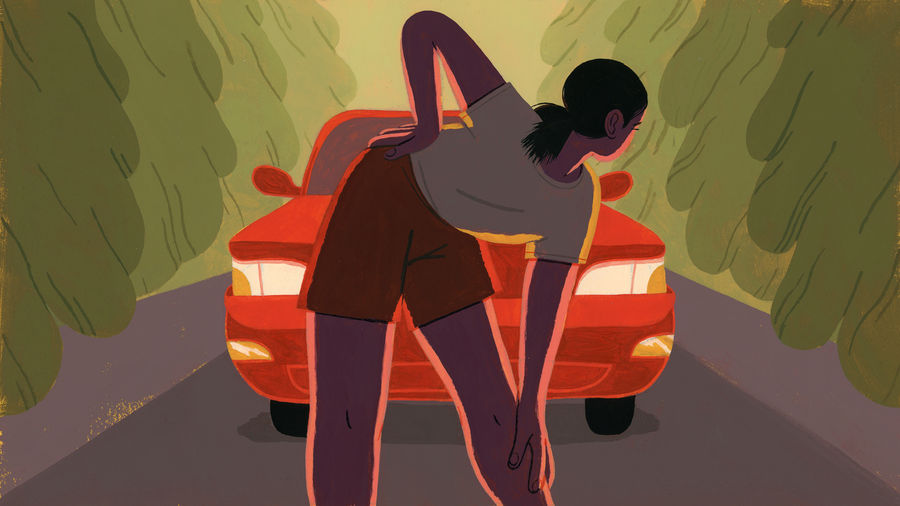 Why Will You Follow Me to War, Little Brother?
Matt Young

The Moment Your Life Crashes and Burns: On Divorce, Injury, and Questions Without Answers
Jill Gallagher

The Hunter and the Hunted

Suddenly, I wasn’t just prey, I was bait. In order to hunt him down, I had to be both cautious and on display.

Someone once told me that when you’re approaching a stranger on the sidewalk, the best thing to do is to look away as you approach. When you lock eyes, you try to anticipate what the other person will do and mirror each other. Break the gaze that binds you and you won’t collide. If only we could teach animals this, they might not become roadkill.

Was that just my imagination?

With each pass, the car was getting closer, forcing me homeward where there was very little actual safety. The house just had a rust-red door with a lock from the hardware store. Any good locksmith will tell you that the majority of locks are meant to keep the relatively moral portion of the population from being tempted to take a peek inside, not to actually defend your house from a determined crook. Our door could quite easily be broken with a bat or a gun, or a car plowing through the side of the house.

My breath caught up to me. The adrenaline has blacked out what happened next. I imagine myself now crawling under the bed. Or maybe I went up to my room and opened the folding doors of the closet and found the door to the crawl space. Maybe I cried while I drank a glass of water and took a puff from my inhaler. Perhaps I took a shower and waited for my parents to come. What I know is that there was no instant when I looked through the window and felt a clear moment of relief. There still hasn’t been one in the fifteen years since. Now whenever I enter a room and sit down, I try to find a place with my back against the wall, facing the doors so I can see anyone who enters.

Ayden LeRoux is a visual artist, writer, and critic whose work is concerned with embodiment, mortality, and eroticism. She is the author of Odyssey Works (Princeton Architectural Press) and Isolation and Amazement (Samsara Press). Her writing has been published in Electric Literature, Los Angeles Review of Books, edibleManhattan, Palimpsest, and Cosmonauts Avenue, among others.

A Shotgun in Our House

Riding Toward Danger: My Tinder Date on Horseback

Horses were my safest of sanctuaries. Nothing bad would happen.

Who Agrees That Swimming in the Ocean Is Scary?

It was like a disaster movie, the quiet moment before the asteroid lands. “Swim!” he yelled, but it was too late for me.