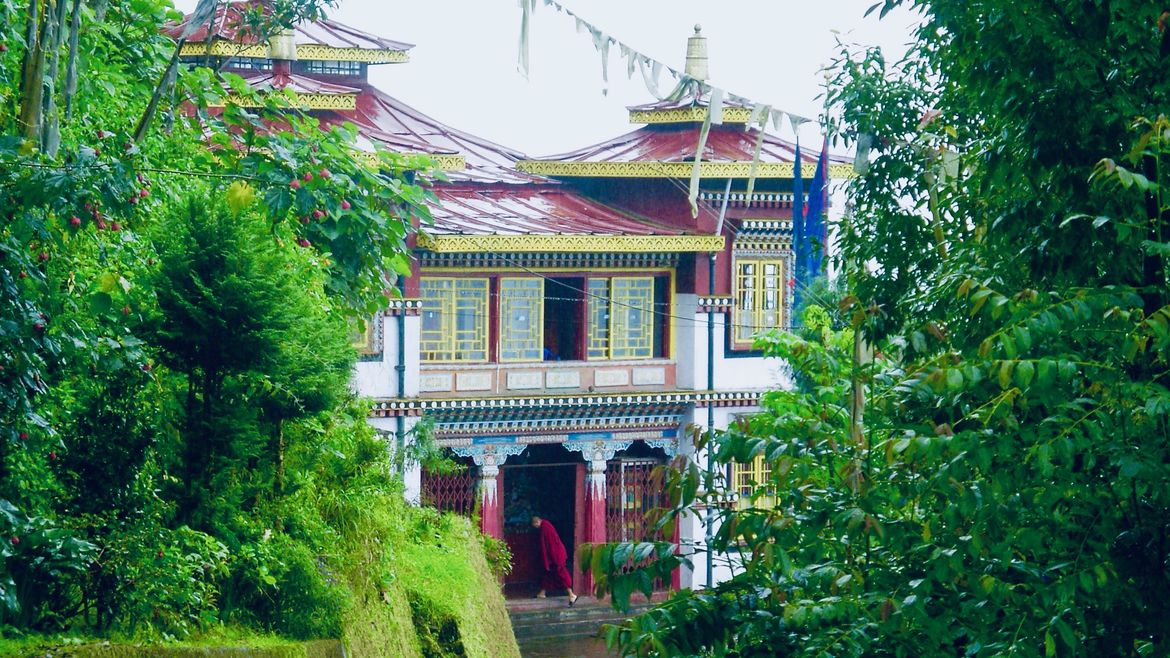 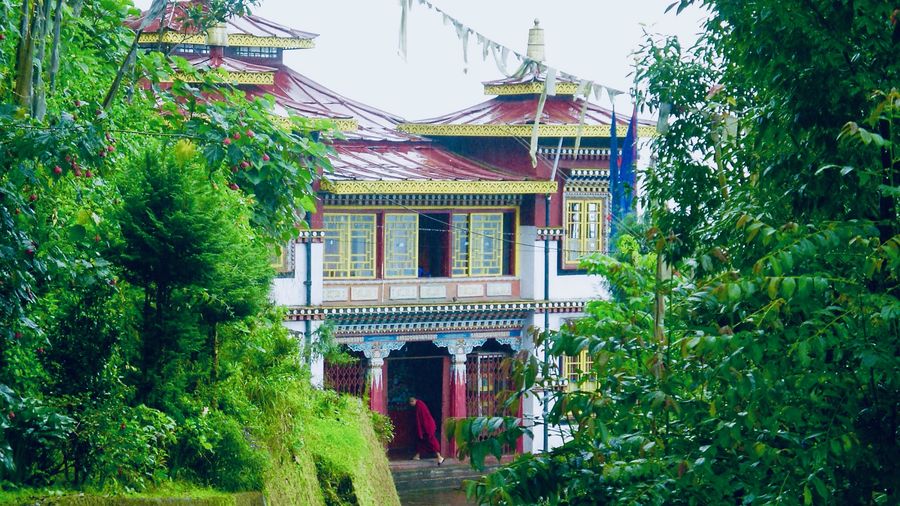 If you walk to the top of Darjeeling, past the old stone post office and curio shops and little restaurants, you come to Chowrasta, the town plaza. Passing ponies standing about with their syces, elderly Tibetan men and women taking the sun on benches, you start along a circular promenade that offers breathtaking views of the snow-covered Himalayas. A steep path part of the way around leads down past rickety tea stalls and pastel wooden houses with “Free Tibet” stickers on the windows. Prayer flags flutter in the trees; hydrangeas and trumpet flowers overhang trickling waterfalls. Below in the valley, dirt tracks thread the lush tea gardens. Drum beats sound from Lebong five miles to the north, once the highest racecourse in the world and now a military cantonment. About half an hour further along the path is a low red gate painted with undulating snakes like the serpent deities said to guard secret teachings. Beyond stands Bhutia Busty monastery, a two-story maroon-and-white building with yellow window frames, golden roof finials, and white prayer flags out front.

The Tibetan Book of the DeadSambhoga-Kāya