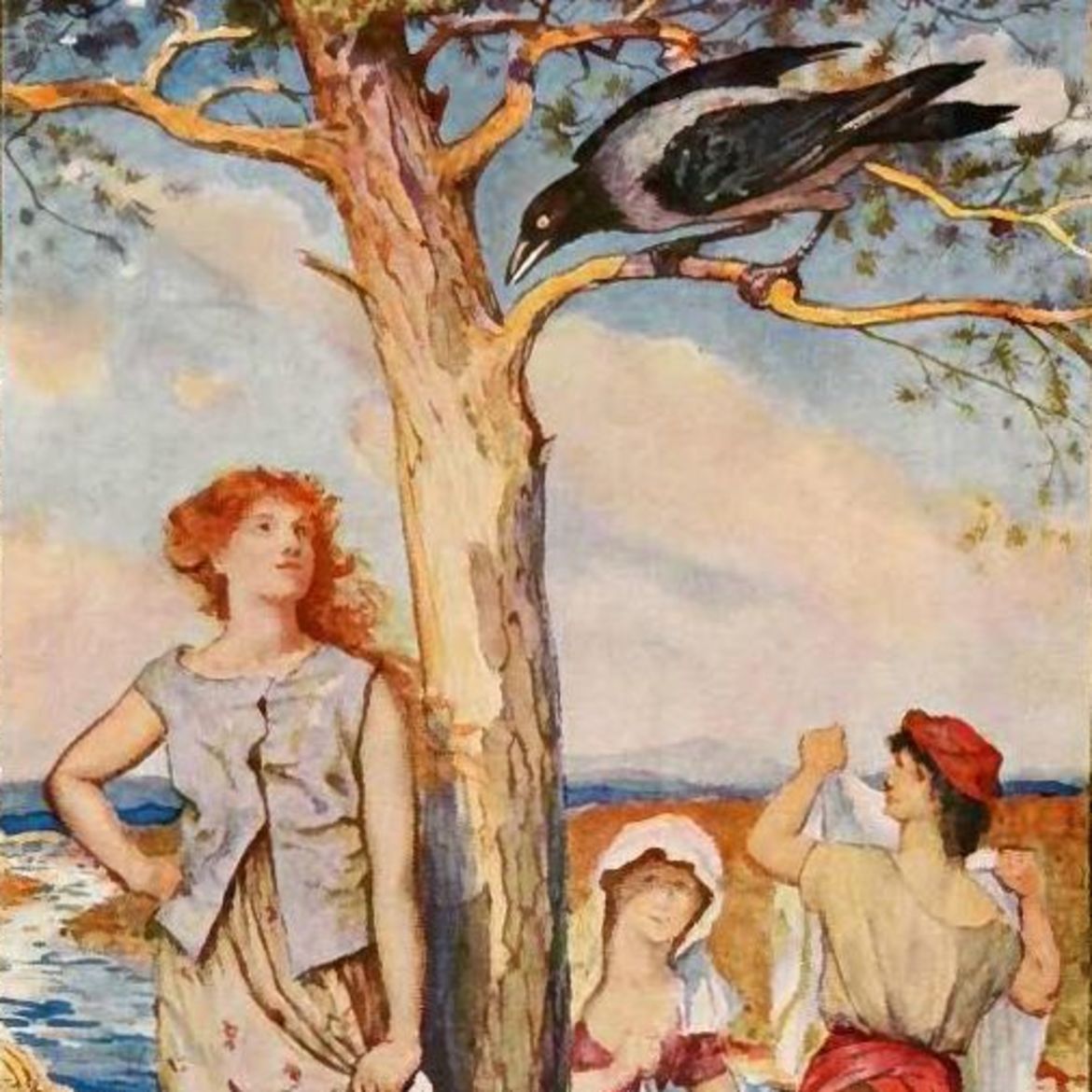 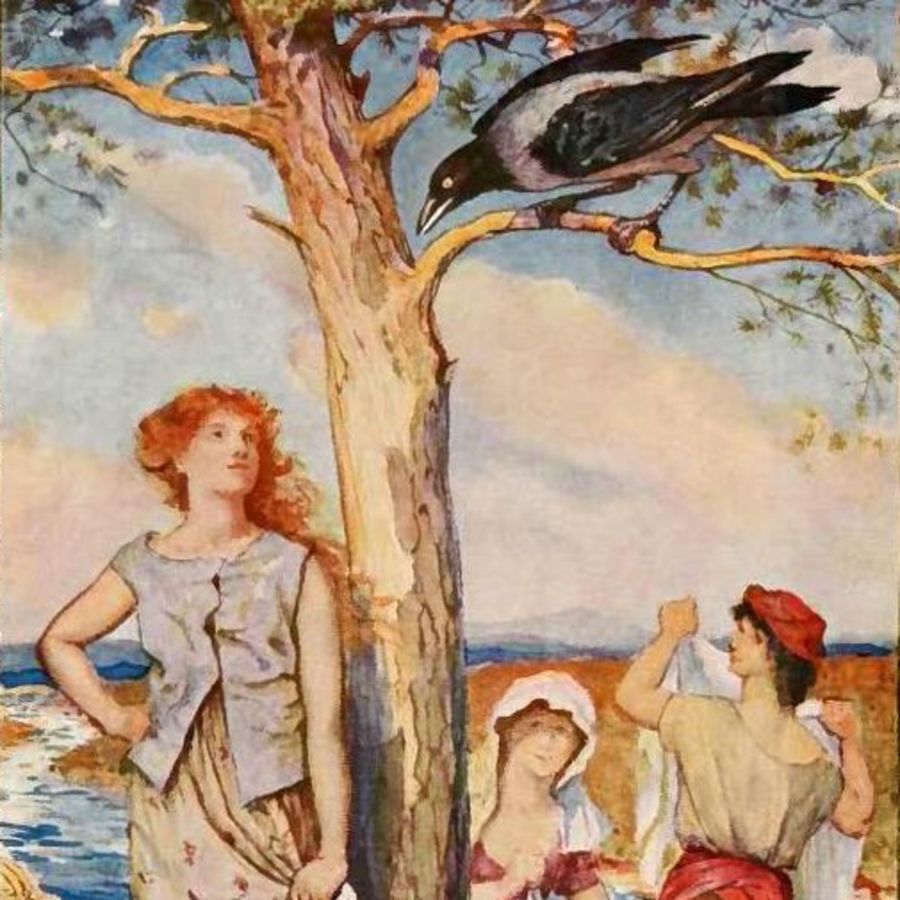 The second sister responds the same, but the third accepts his offer: “Indeed, I will wed thee; a pretty creature is the hoodie.”

“The Hoodie-Crow” belongs to the type of tales categorized as “the search for the lost husband.” A more famous example of this tale type is the Norwegian fairy tale “East O’ the Sun, West O’ the Moon,” a beautiful story in which a youngest daughter weds a terrifying bear only to discover that he is a handsome, enchanted young man who casts off his bear pelt in the dark hours of night. A cousin to “Beauty and the Beast,” this tale type has firm roots in Greek mythology, with the story of Cupid and Psyche.