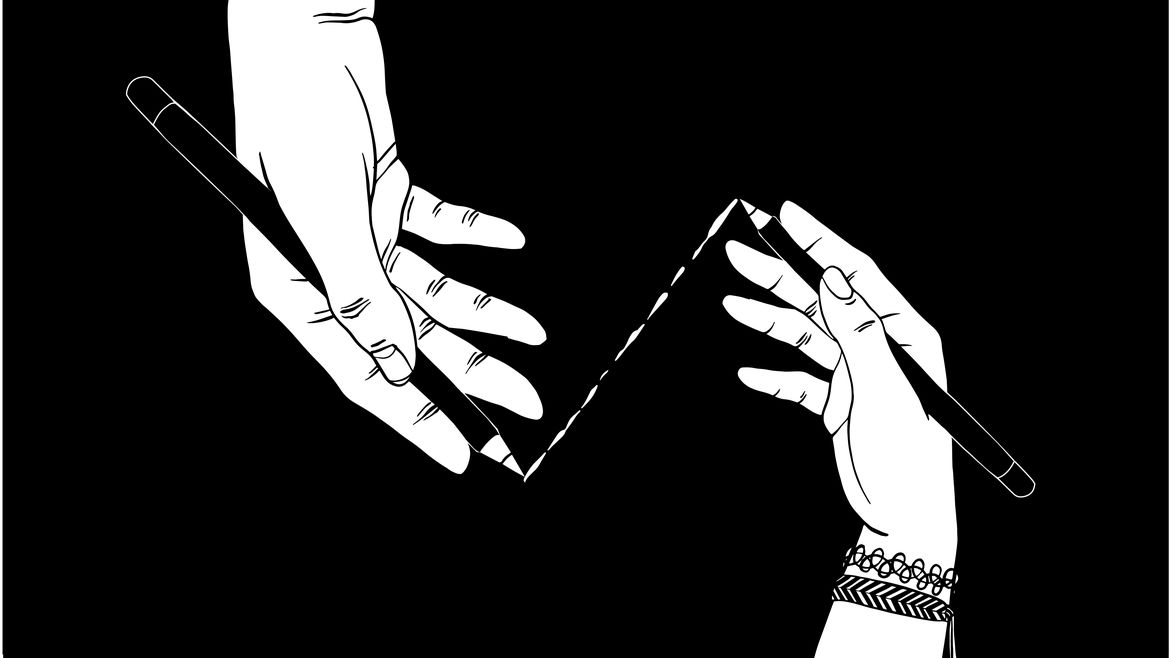 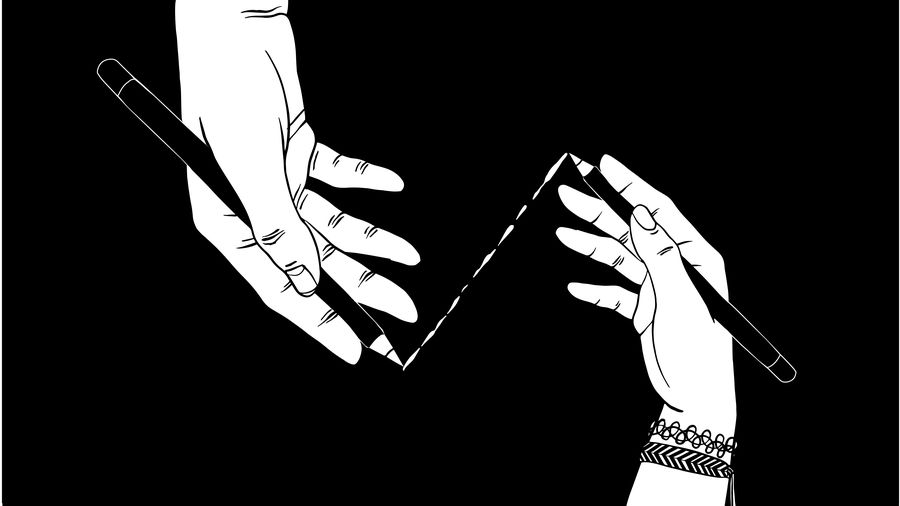 With His Absence, My Artist Father Taught Me the Art of Vanishing

My father was missing. How could I put him back in the picture?

That peasant boy on his knee in supplication? That’s my brother. The warlord all armored up before him? That’s my dad.

It’s not a good time,Maybe next year.

I was embarrassed.I didn’t want you to see me that way.

Look at all the fun we had. It made us feel close again.

you want him to know them

Choose Your Own Adventure

Is this why we’re here? To be here when he dies?

What happened? Where? I did?

With any luck, my father will let me fly him to California this summer to be with us. We text each other almost every day, only now I’m sending images as well as words. The other day I texted him a photo of me drawing with my older son. It was taken from the point of view of me behind my page: my actual son blurry in the background, busy with his own sketchbook; the drawing of him sharp in the foreground, rendered in green ink.

Bonnie Tsui is the author of the award-winning American Chinatown. She has written about wildfires, Michelin street food, big-wave women surfers, shark fin soup, and China’s dancing grannies for The New York Times, California Sunday, The Atlantic, and Pop-Up Magazine. Her next book, Why We Swim, will be published by Algonquin Books in Spring 2020.

Under the Stars: Remaking a Family

“Perhaps the four of us, our family, is the only good thing left after all the destruction.”