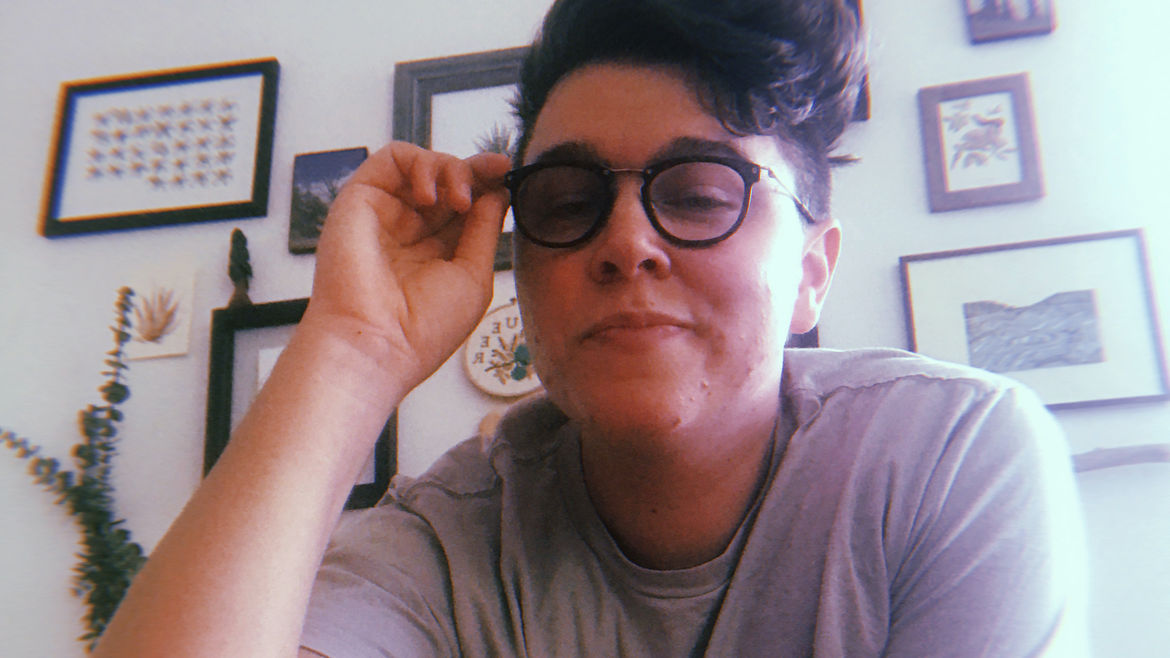 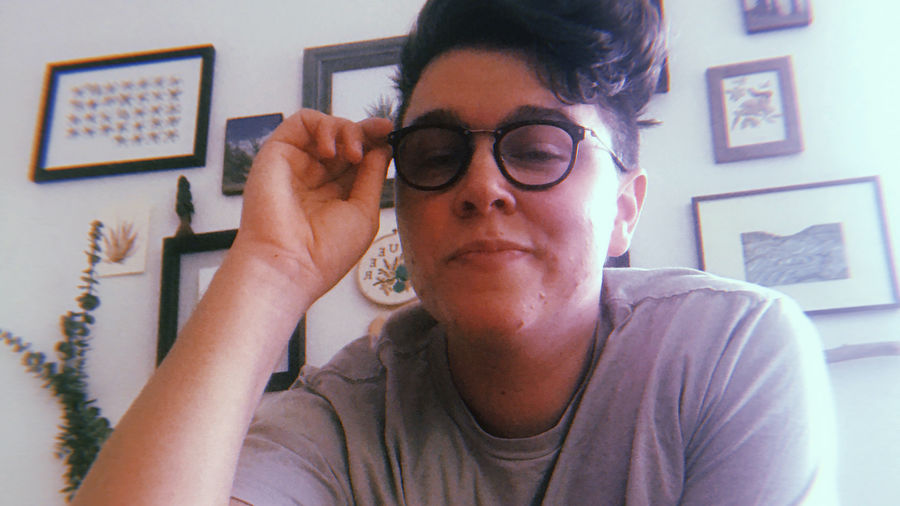 Confessions of the Fox

4 26 20. The date is stamped on the subject’s inner thigh, directly on the subject’s body hair. The subject sits on a fluffy blanket, the pile of which is clearly synthetic. It is grey, which contrasts the blue-stitched red boxers nicely. It puts the subject’s wide-legged seat—a crotch-bearing seat, honestly—squarely in the foreground. It is, perhaps, where the eye goes first. Directly between the legs, though only one leg is visible. The other falls out of frame. The subject’s arms rest behind the head, elbows arcing up toward the sky—the elbows are very pointy. The subject wears glasses and smirks at the camera, stares directly at it, with fingers resting softly on the neck. The subject has a massive, visible chin zit. The faintest shadow is present above the lip; essence de mustache.

The subject’s gender is indeterminate.

5 26 20. Same subject, wildly different house—the viewer can tell because the door behind the person is open to a wall of bright orange, and there was nothing nearly as garish in the last few photos. The left arm reaches up; a suggestion of joy. The hand is cut off at the top by an ornate, curling frame—the entire body is centered in the reflection of an oval mirror. A shining scar is visible, featured even, and extends from armpit to armpit. The red boxers make a reappearance. The subject’s smile seems forced.

The subject’s gender is indeterminate.

7 9 20. The date stands out this time, against a white wall, grey couch, yellow throw pillow. The subject’s hair is wild, reaching for the heavens (I haven’t seen a barber in months). The eyes are cast down, toward the camera (which I have propped once more against a glass of water) and the wall behind the subject is busy with framed art, mounted nature, an embroidery hoop surrounding the backwards letters “q-u-e-e-r” (everyone else is out camping. I do not go camping. I am watching the cat, watering the garden and taking thirst traps because I am once again the only trans person here and every day counts).

The subject kneels on the couch, knees wide, the arm placed between them. The posture is tall, rocked back on the heels, and their shoulders fill out a tee shirt. The arms are thicker; the fabric stretches over a pectoral muscle (hell yeah, I have a fucking pectoral muscle!). In the right hand, fingers lightly grasp a Kindle (I am still reading Sontag). The skin on the face is alive with zits, crawling like ants around the jawline. The ghost of the mustache is gone (I shaved it off and I shave it off every other day).

The subject’s gender is indeterminate—because it is constructed to be so, for myself and mine; an unclassifiable monster.