Born in 1984, Maryam Sefati is an Iranian artist and writer based in Los Angeles. In early 2011 Maryam’s childhood dream of working in animation studios inspired her to move from the other side of the planet to the United States. Enchanted by the moving illustrations, she had to explore the magic and power of imagination and dreams. Her greatest joy so far has been discovering storytelling with shapes, lines, and colors while working at animation studios such as Disney, Netflix and Warner Bros. Propelled by the force of drawing, she has now expanded her creative energy by delving into the world of words.

Living in a highly creative environment such as the realm of animation, and experiencing so much as a newcomer to the US, Maryam developed a strong urge to write short stories so she could share what she has been learning as an immigrant. She unabashedly delves into her experiences to reflect on themes that she is deeply passionate about.

In the animation industry, artists are always tasked to create a world that is formed in the script writer’s mind. But Maryam has discovered that writing is now part of her daily life as well. Although drawing has been her main outlet since 2004, writing has provided her with a new set of tools with which to reflect on her life, and her perceptions of it.

As a writer, Maryam can create entire stories, as opposed to her position as an artist where she is focused solely on designing backgrounds for characters to step in. In the capacity of background designer however, Maryam has come to fully appreciate environments and how they are created to enhance the story. In the same breath, she has developed a devotion to the role of non-living materials and the significance of the relationship between characters, their belongings, and the places they occupy.

Maryam is passionate about fiction and non-fiction. She considers writing fiction as a cohesive form of art to stretch the words and imbue them with imaginative thinking, and nonfiction as a way to share her life learning and memories. To her, reading stories is an important means to add depth to the understanding of the world around us. She is looking forward to the opportunity to share her stories with others, so she can reciprocate for what she has gained from all her readings. 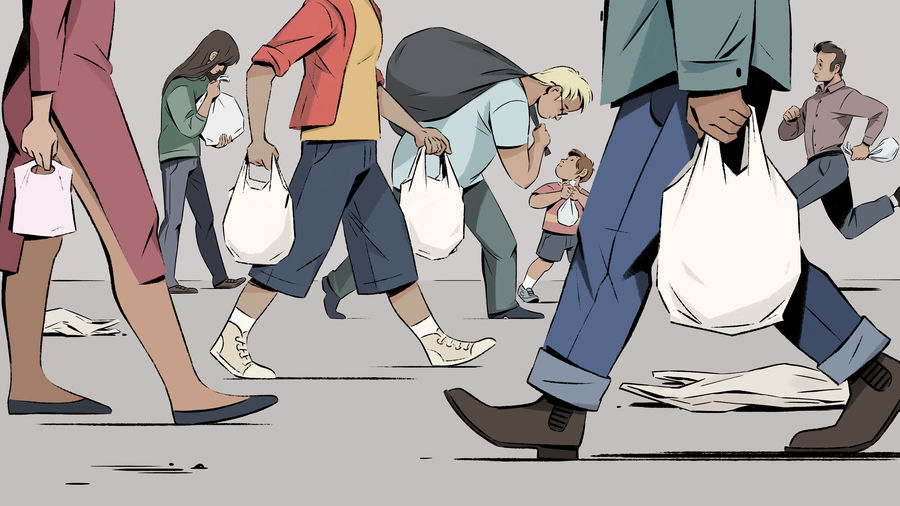 What I Carry in My Bag of American Dreams

When we decided to immigrate to the US from Iran, I thought I was ready to face any possible hard times ahead—but there was still so much I had to learn about living.