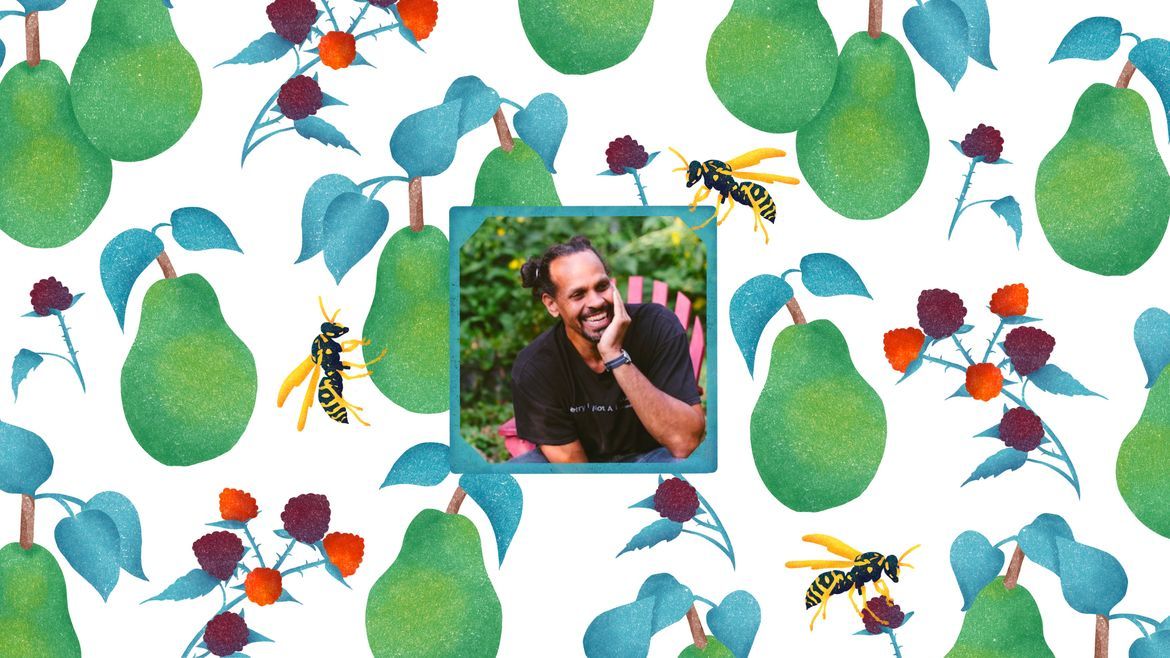 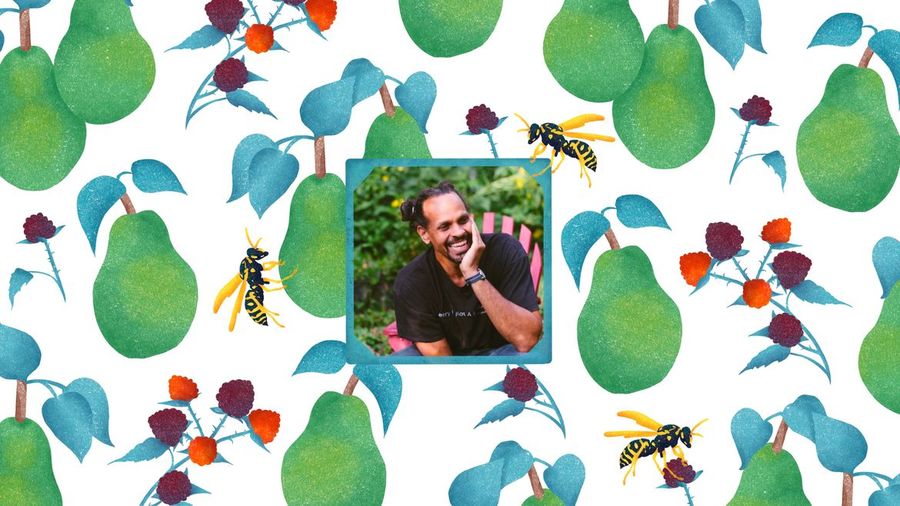 Writers Who Eat: Bix Gabriel in Conversation with Ross Gay

“I’m writing about my relationship with the land, and I need to get from sorrow to debt to gratitude.”

Hallelujah! The Welcome Table: A Lifetime of Memories with RecipesEat JoyTables of Contents Community Cookbook

RG: Wow, neat question. I don’t know if I do. That’s such a great question because when you said especially fruit—it’s so true—because you know I’m bananas for fruit! (Laughter.) It’s just how it is, and you know not everyone is, but even as a little kid, the wild raspberries on the edge of the highway were my thing! I was just like, “Oh my god!” Or like the pear tree over in the other neighborhood where I used to skateboard, you’d go by and there was this pear tree ’cause they planted pear trees in Levittown, and evidently, people really didn’t know what these pear trees were all about, and on and on and on. So you’re right, you’re absolutely right to point out, or notice, that kind of thing. It’s true.

BG: Maybe that’s a place where you are more comfortable inhabiting pleasure—you seem to derive so much pleasure from it.

this is who you are

The Book of Delights

chickpeas - 1 can tahini - a quarter of a cup or so garlic, chopped - 5 cloves cumin - a hefty dash lemon juice - about 1 lemon, depending on the size and juiciness paprika - a dash, to your taste (or other peppers of your choosing; Ross sometimes does Thai peppers!) salt - a dash olive oil - a lot, maybe a quarter cup

Throw everything except the olive oil into a blender. Turn the blender on, and slowly add the olive oil using the drip hole or in whatever way you can. If the hummus is too dry or thick, add a bit of water. Keep going until the chickpeas are pureed and you have a smooth spread. Enjoy.

She has a M.F.A in fiction from Indiana University-Bloomington, and her writing appears in the anthology A Map is Only One Story, on Longleaf Review, Catapult, Guernica, and Electric Literature, among others. Her novel, Archives of Amnesia, was a finalist for the 2021 PEN Bellwether Prize for Socially Engaged Fiction.

She was born in Hyderabad, India, and lives in Queens, NY. www.bixgabriel.com Twitter: @BixGabriel