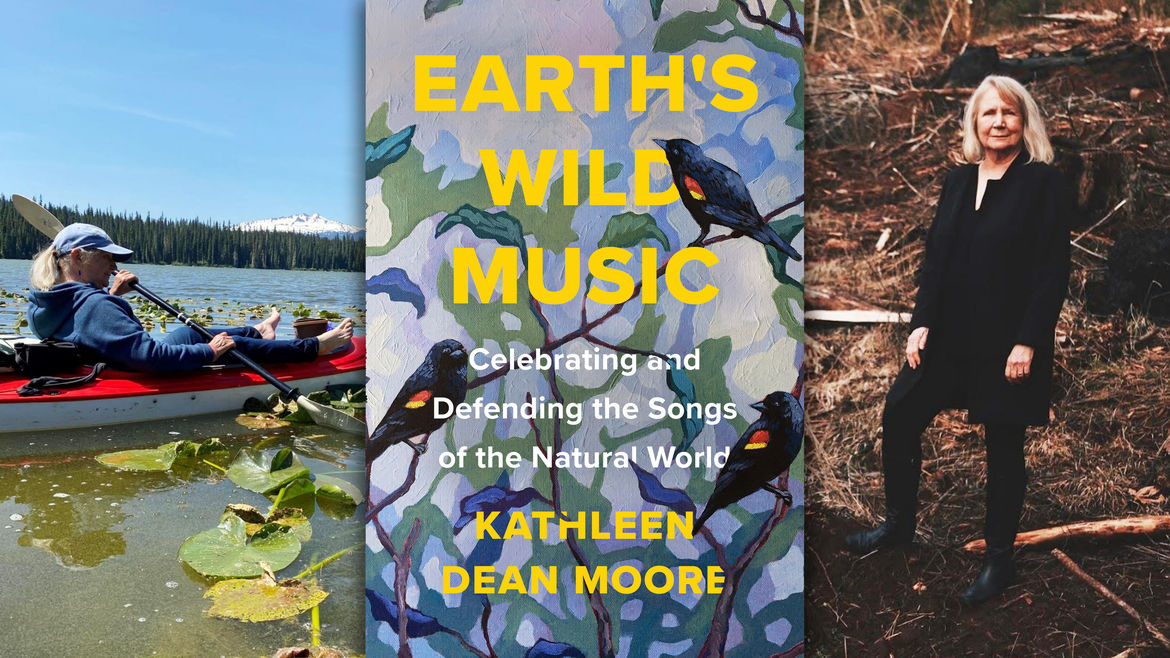 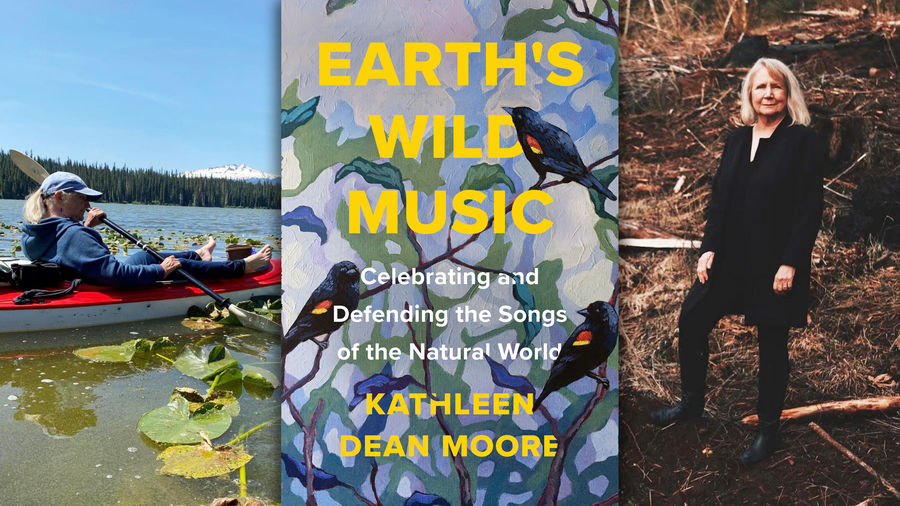 Here are five animals, each with the music it makes or inspires, and each with a bit of its story, selected from Earth’s Wild Music.

“So the pounding creates heat energy. Right? Like nails get hot when they are pounded. It’s a bad fever when your brain heats up. So the sapsucker evolved to count time between riffs to let his brain cool down.”

whistle-tick, mumble—I will nudge you into the sweet feathers of my chest and sing to you a whistling song. Until you fly from me forever, I will keep you safe and defend you steadfastly.

Kathleen Dean Moore, a philosopher and essayist, writes about our moral and emotional bonds to the wild, reeling world. In more than a dozen books, she celebrates the singing, sustaining lives at the edge of water and calls for action to stop their destruction. Her most recent book is Earth's Wild Music. Her work has won the WILLA award for Contemporary Fiction, the Oregon Book Award, the Pacific Northwest Booksellers' Award, the Sigurd Olson Award for Nature Writing, and others. She writes from Corvallis, Oregon and Chichagof Island in southeast Alaska.