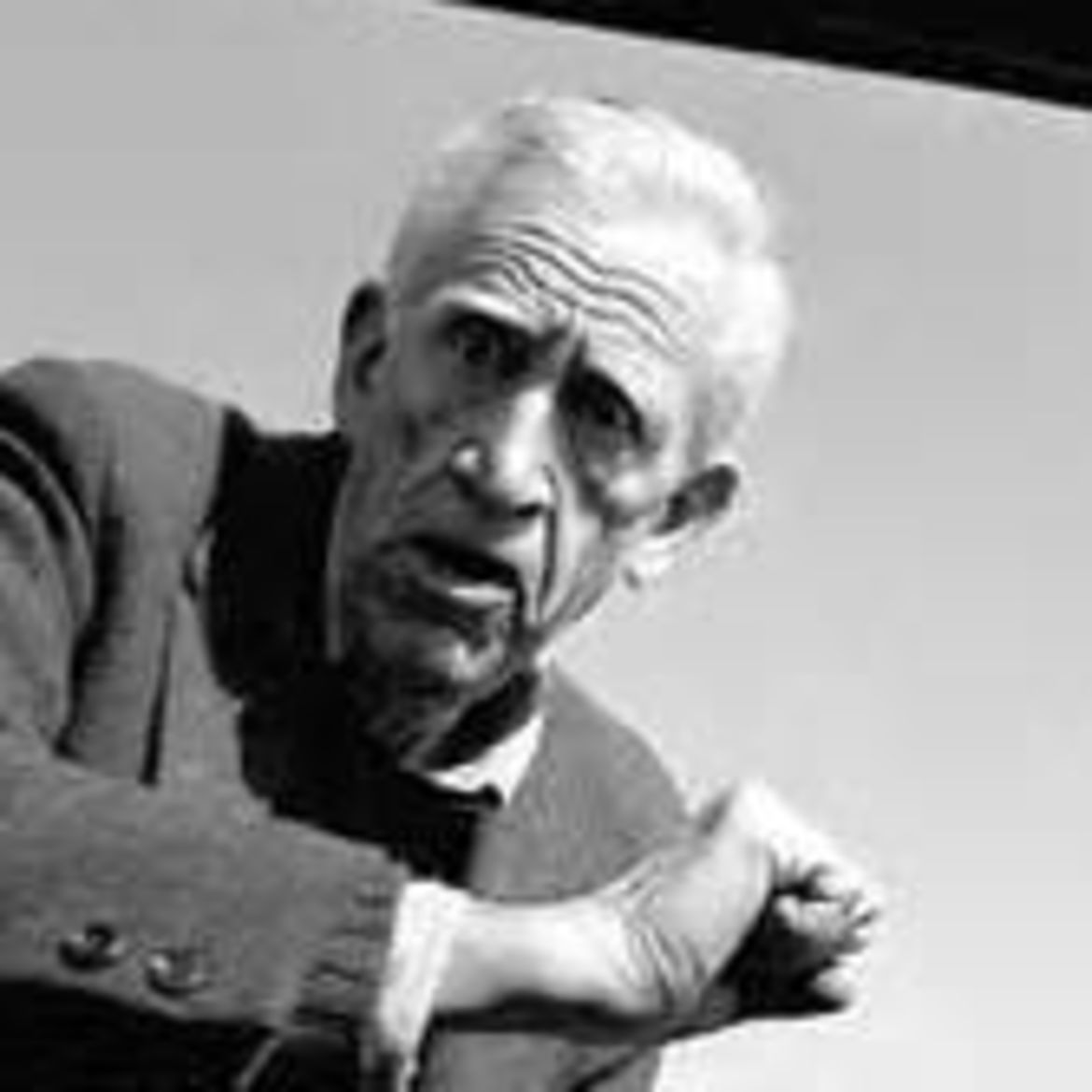 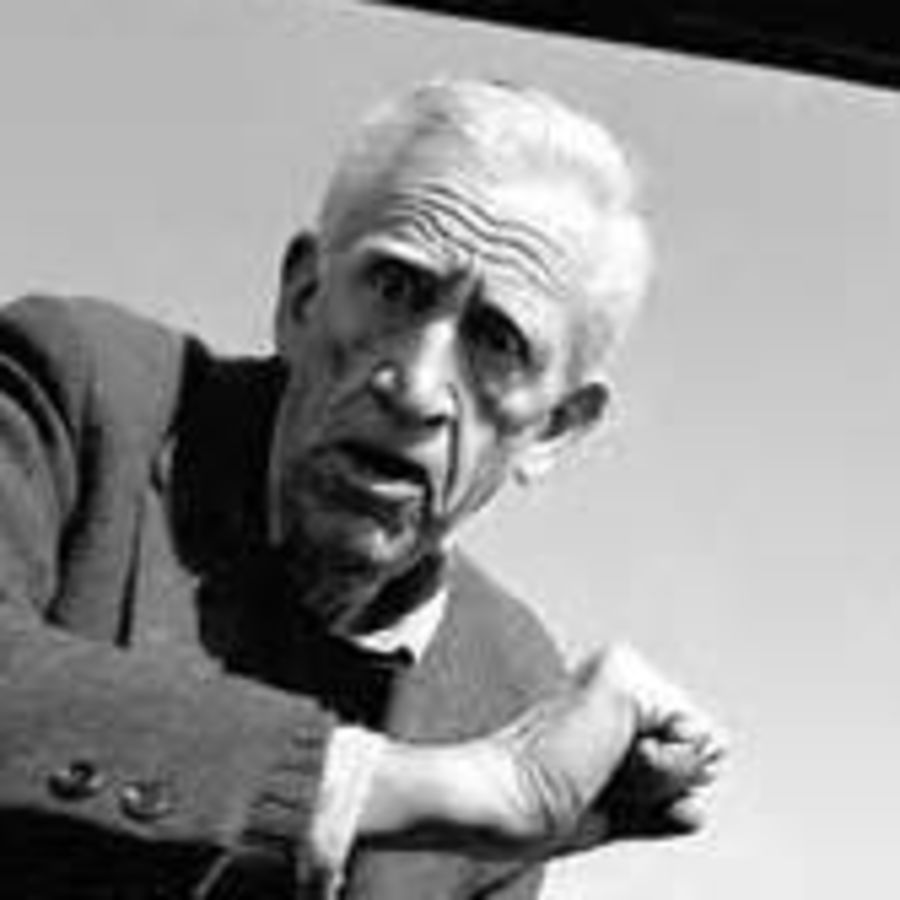 Me and J.D. Salinger at Burger King

The greatest mind ever to stay in prep school.

Newly-discovered correspondence reveals that reclusive author J.D. Salinger thought Burger King’s hamburgers were superior to those of other fast-food chains.

I’m sitting in the Burger King on Route 30 in Framingham, Mass., nursing a cup of bad coffee. Apparently the #2 hamburger franchise in America isn’t following McDonalds’ lead in trying to pry customers away from Starbucks with inept attempts at espresso-based drinks.

I’m supposed to meet J.D. Salinger, who’s been given a pass from the underworld to check out his posthumous reputation. It’s a privilege granted to 1950′s authors on a limited basis; Jack Kerouac last week, William Styron next week. I look at my watch–he’s already fifteen minutes late. C’mon, I mutter half-aloud; I want to get home in time to catch the Red Sox game.

I begin to doodle on a paper napkin, and produce what I think is a reasonable impression of the author who captured the imagination of a generation, then retreated into the woods of New Hampshire, like a best-selling sasquatch. Something similar happened to Kerouac. “On the Road” made him famous as an exponent of youthful flight from responsibility–when he was forty and a father! You can see him in grainy footage pushing a baby carriage around the streets of San Francisco, just before he escaped to Lawrence Ferlinghetti’s cabin at Big Sur, looking bitter, as if he’s thinking: Why couldn’t I have all these young babes fighting over me before I was on the verge of middle-aged domesticity?

I glance up at the glass doors and see Salinger, not looking so hot to be completely honest about it, as Holden Caulfield might say. On the other hand, the guy’s been dead for several years, so I suppose he has an excuse. I rise and begin to say “Mr. Salin–” when he puts a finger to his lips to shush me.

“Are you out of your freaking mind?” he snaps at me, visibly angry. “Everybody’s forgotten who I am. Don’t remind them!”

“Sure, sure,” I say to him apologetically. Ex-cuuuse me! I say to myself. “You want to get something to eat?”

“Does a bear shit in the woods?” he asks crudely and rhetorically, then bolts for the counter. “This is on him,” Salinger says to the kid behind the counter. The boy is straight from fast food central casting–pudgy from too many greasy free burgers, acne–but his smile and friendly attitude seem strangely . . . sincere. I hope his life isn’t ruined by Salinger, who has more than a little practice at disenchanting adolescents.

“Yes, sir,” the kid says as he punches the little pictures on his cash register. “Anything else?”

“Large Diet Coke and a Kid’s Meal,” Salinger replies. I’m a little surprised–why would a recently-deceased 95-year-old order something designed for a child–but the boy maintains his veneer of commercial equanimity. I figure he works the late shift sometimes, he’s seen and heard it all before.

“And for you sir?” the boy says to me. I respond with my usual order: BK Veggie Burger and a medium diet Dr. Pepper. The kid totals it up, I pay, and the boy starts to assemble our order.

“You’re a god damn phony,” Salinger says as we stand there waiting. I’m beginning to question whether our little tete-a-tete was such a good idea.

“It’s better for you than a Whopper,” I say in my defense.

“Hold it,” Salinger says to the boy. “You gave me a Kid’s Meal with a boy’s toy–I want the girl’s.” The kid reaches under the counter and grabs a girl’s toy–a mini-tote bag bearing the logo for a vampire-themed tweener movie. He wisely keeps his hand on it until Salinger relinquishes the boy’s toy he has so rudely rejected. We take our seats and Salinger dives into his food like a dog whose owners have been away on vacation. Between his gulping and slurping, I fire up my laptop to get some sales figures for him.

“I don’t know why you even bother,” I say as I turn the computer screen to show him that “Catcher in the Rye” is still ranked #1 in Books, Literature and Fiction, on amazon.com. “It will never go out of print between addle-brained English teachers who assign it and self-absorbed teens who buy it.”

“I just like to check every now and then.”

“The Vatican runs the place. They’re not about to put in Wi-Fi.”

“I know what you’re talking about,” I say, commiserating. “When I coached CYO basketball, you could never get the scores on the website, much less the standings.”

“I don’t give a rat’s ass,” Salinger says as he slurps from his soft drink. I notice he’s opted for the Star Wars souvenir cup with Darth Vader on it–figures.

“So why is it you like Burger King so much?” I ask.

Salinger gives me a withering look. “Because their burgers are flame-broiled, you dingleberry, not cooked on a griddle like McDonalds! If you weren’t so self-deluded as to buy a freaking ‘burger’ made out of mushrooms, water chestnuts, black olives and textured vegetable protein, you might be able to appreciate their contribution to American cuisine.”

“Don’t yuck on my yum,” I say as I take a bite of my favorite fast-food meal.

“So how am I holding up . . . among the critics?” Salinger asks gingerly.

“Not so well,” I say with a look of discomfited sympathy.

“Who’s ranked higher?” he demands, raising his voice sufficiently that heads turn on a few necks who don’t realize they’re eating with one of the best-selling authors of the twentieth century.

“Well, in terms of novels published right around the same time, I think the consensus is that Norman Mailer’s The Naked and the Dead is a stronger work.”

Salinger’s face clouds over. “Mailer–that little shit.” I can tell he’s still smarting from his rival’s quip that J.D. Salinger was the greatest mind ever to stay in prep school.

“Of course, he–like you–seemed to go downhill after that first, ground-breaking work,” I add to soften the blow.

“Well, it was noteworthy for its extensive use of profanity,” I say, rising only half-reluctantly to Mailer’s defense.

“Even if his publishers made him spell a certain four-letter word as ‘fug.’”

“Did you ever hear Tallulah Bankhead’s quip about it?”

“She met Mailer at a party and said ‘So you’re the young man who doesn’t know how to spell ‘fuck.’”

Salinger spews a mouthful of french fries on the table and nearly chokes. That’s the way it is with these dour New England wannabes; the only laughs they get are from our dry regional humor, so when somebody hits them with something that’s even the slightest bit off-color, they lose it. I indicate by my finger that he should take a drink, and he downs a gulp. For the first time, he’s got a big smile on his face.

“That made my day,” he says, and he seems more open. “What else?” he asks, apparently ready to face the music about his somewhat tenous place in the American canon.

“What?” he asks with concern.

“Well, that you’re representative of a certain sexual immaturity in the American male psyche. Sort of . . .”

“Like you’re the American Lewis Carroll, who wrote ‘Alice in Wonderland’ about the daughter of a friend whom he took out for boating excursions.”

Salinger is silent again, and not just because he wears the mask of an old curmudgeon. “Of course, you weren’t the only one,” I say. “There was ‘Lolita,’ by Vladimir Nabokov. Another book about an attachment between an older man and a young girl. Although his is generally considered to be superior to . . .”

“Listen, pal,” Salinger says, back in full-snarl mode. “I don’t know what you’re talking about.”

“Holden Caulfield and his little sister? The soldier and the little girl in ‘For Esme, With Love and Squalor’? Claire Douglas, your second wife, who you started dating when she was 16, and you were 31? Joyce Maynard?”

Touche. That shuts him up. Maynard, the waifish 18-year-old writer Salinger befriended when he was 53, who went on to auction off their love letters for $156,500 to–a software developer! That had to hurt a guy who wrote on a manual typewriter until he died.

“I’ve had enough,” Salinger says as he stands up and puts on his coat.

“Well, it was nice seeing you,” I say and extend my hand, which he brushes aside as he heads for the door. “Wait,” I call after him.

“You forgot your girl’s Kid’s Meal toy!” He returns, looking a little sheepish. I can’t help myself from getting in one last dig at the great man who can’t sit down for a stupid hamburger without getting all bent out of shape. “Who’s that for?” I ask, all disingenuous innocence.

He hesitates before saying “A little girl named Esme.”

Available in Kindle format on amazon.com as part of the collection “Dead Writers Make More Money.”

“There are so many ways to tell any story, just as there are thousands of ways to play a Mozart melody.”

Do you want to save the world? Do you believe terrorism, if thoughtfully directed at the wicked and greedy, can be a good thing? Do you want to participate in dangerous, clandestine operations without sacrificing romance, good grammar, and community? Then you may already be a member of Global Awareness In Action—GAIA! Come join the movie we’re making. Wake up and play!

What I Now Know About Keeping My Family Happy and Healthy

I know we still have a lot of changes to make, but if I do say so myself, we are happier and healthier than I ever imagined we could be.