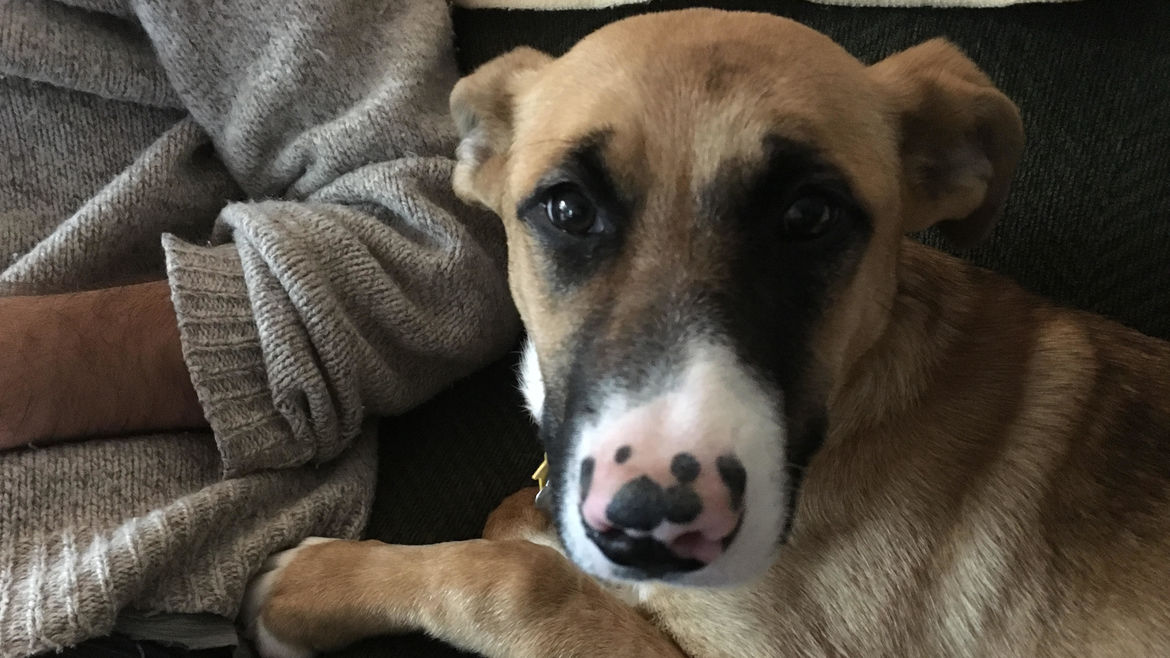 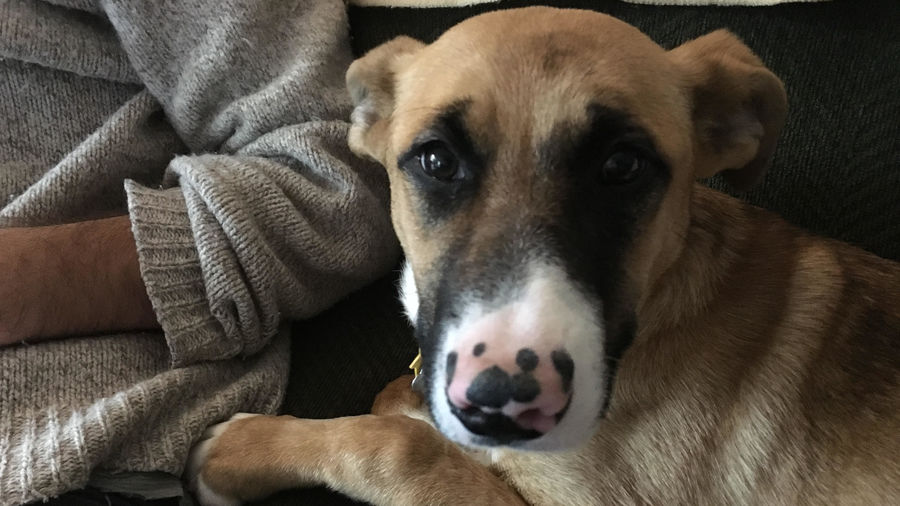 The Other Brooklyn
Lauren Suval

She wasn’t hired as an office dog right away. At the time, the Catapult Portland, OR office worked out of the attic of a lovely old North Portland house near good bagels and handsome model-ish baristas. The attic (and the rest of the house) was run by two stately office cats, Homer and Romeo. Bruce, a cat-obsessed youngster with good intentions and terrible manners, was “not a good fit.” She spent those days sleeping on our apartment’s green couch, destroying blinds, and pulling the occasional poetry book off the kitchen bookshelf.

As she grew, the black spots on Bruce’s nose grew too. She was still narrow.

In October of 2017, the Portland team moved to a new office––one with a door and across the street from a weed store. Bruce was hired to fill the roles Romeo and Homer had served in the attic office––sleep near employees, increase general morale, and lend a sense of imposing elegance to the office environment. She wasn’t exactly great at all of this right away. Once, in the early days of the new office, I found her absently gnawing on a galley during a meeting. Winter was a hard time. We commuted an hour each way in the dark, leaving no time for sprinting around on trails. Slow, high-pitched whining was the unfortunate soundtrack to a few rainy months. Despite this, the Portland office saw a noted increase in morale.

In April, after many happy months of being able to high-five each colleague in the office without anyone leaving their desks, we moved to a larger office down the hall. Bruce was promoted and given an entire couch to manage.

- Lounging handsomely on the red couch

- Greeting staff/visitors with (occasionally too much) gusto

Dory Athey is a systems enthusiast, book publishing professional, and wannabe astrophysicist. She works in the marketing department of the independent publishing group that includes Catapult, Counterpoint Press, and Soft Skull Press. She lives in Hood River, OR.

Intern with us in Portland, OR

"...at that age you operate on eternity mode."

Kathleen Collins' use of the tragic mulatto trope subverts its racist origins and exposes the true tragedy of being other in America.

Of Mind and Matter

The Soul of New Orleans

The Literary Pet of the Month is Gretel