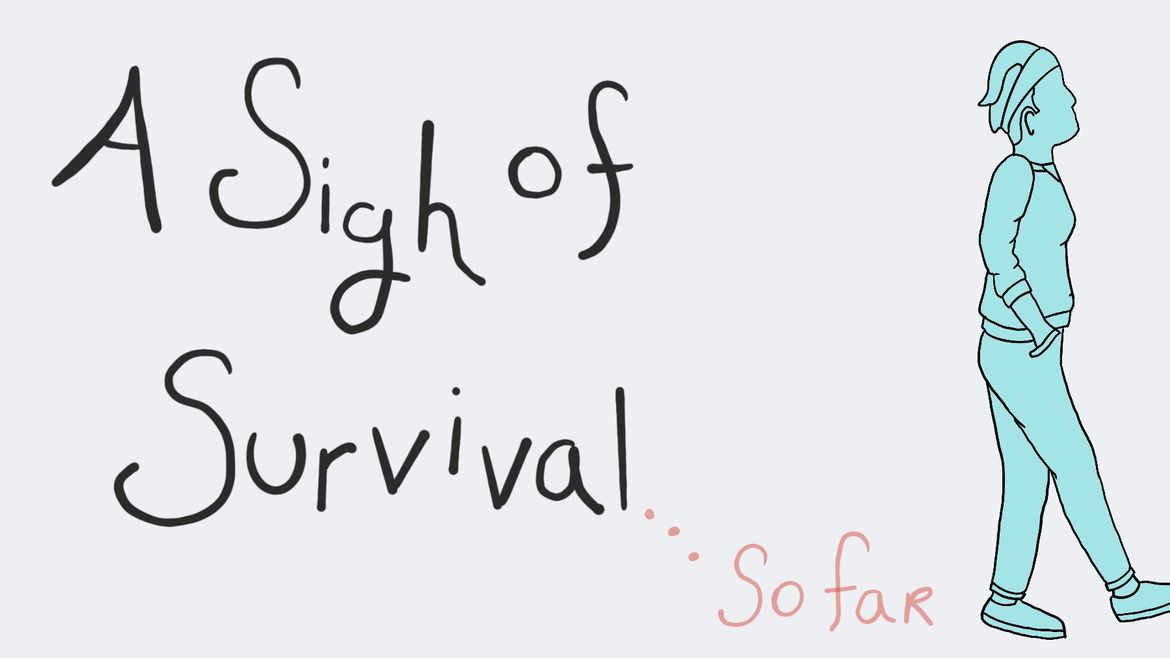 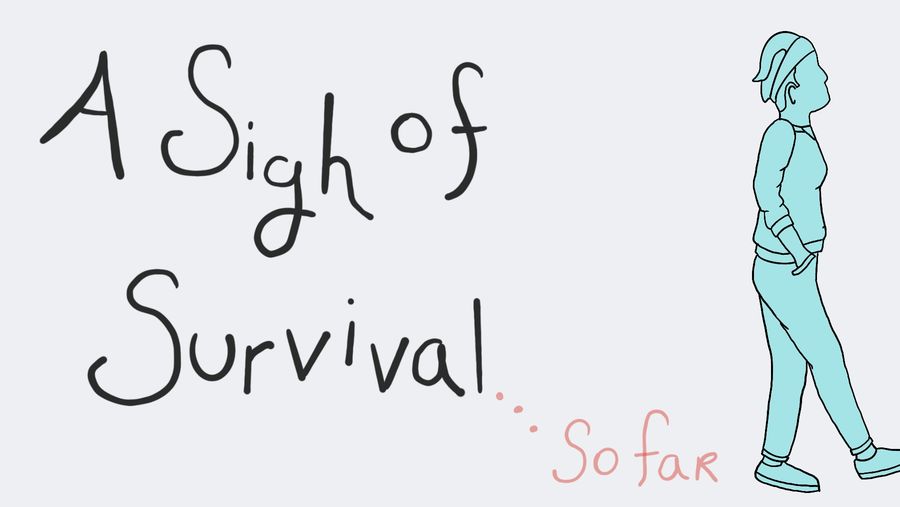 The Pursuit of Perfection
Dino Blyer

Lost Among the Consonants
Adam Strong

And a sigh of survival...so far.

At least, through this,

And then, a sigh of bracing.

Feel bitter and at once make me weep.

From hoping I am not alone.

That this whole time

‘We’ have not been alone,

Yet, very much lonely.

Each night this past year,

And then try to feel loved.

While I close my eyes,

And hope for the nightmares to stop.

It’s been a long, long year.

A birth from safety to danger;

As all births are.

A birth from trust to discernment,

From freedom to independence.

A sunny nook to a studio splattered with paint and pain,

And a joy of knowing something so foreign to me,

I did not think God had created it.

Or, perhaps, I thought God had not intended it for me.

Rendered it not even a memory.

Something less real to me.

That I was worthy.

The only kind I’ve known.

The kind that kills.

And I took the tincture daily.

But, only some days did I know it,

Only some days did I see its effects.

There were days I feared for every living thing.

Wondering if the end had come to pass.

And I had to continue on,

Knowing what would never be,

And what was still to come.

And, that I was worthy.

Karin Jervert is an artist and author.  She identifies as a psychiatric survivor and is currently working on a memoir which is a collection of short stories about her journey into, and out of, the world of psychiatric labels and trauma. Her work can also be found on madinamerica.com and litro.co.uk. Visit something-wonderful.net for more information.

not in your body

You are not located in this body

All You Need For A Party