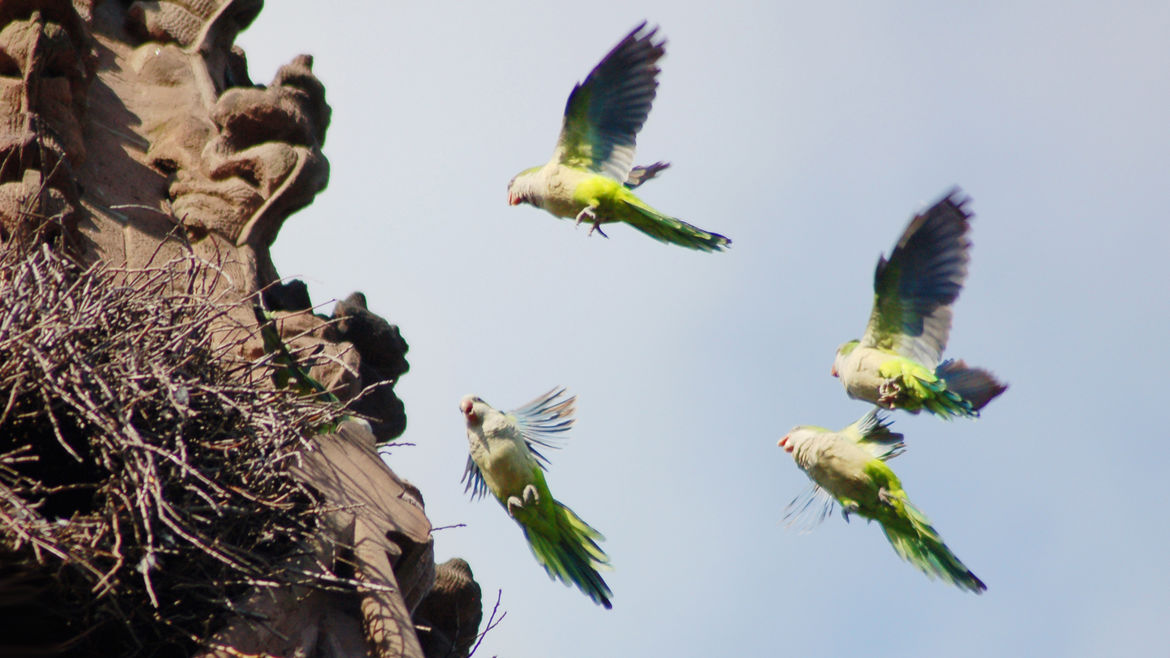 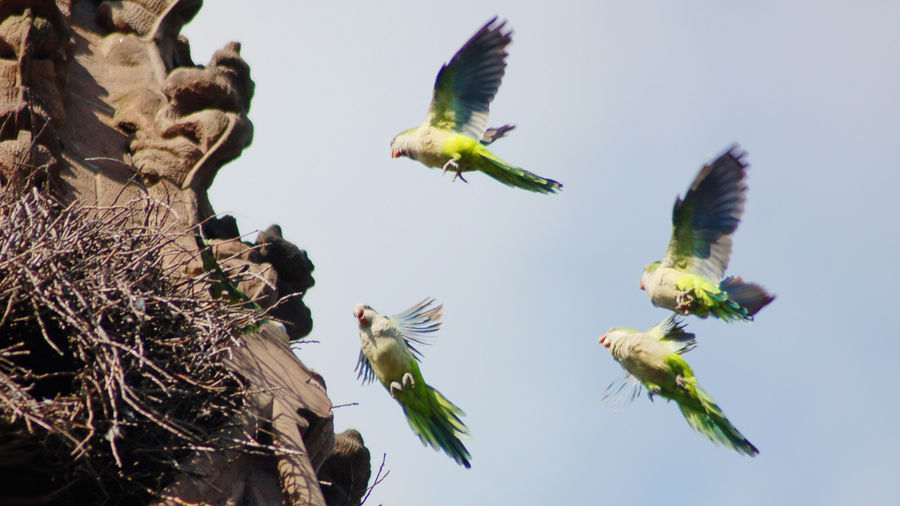 All photographs courtesy of Steve Baldwin

This is Sidewalk Naturalist, a new monthly column by Lenora Todaro which offers a portrait of New York City through its wildlife citizens, whose lives tell us something about the way we live in the fragile ecosystem that is the city today.

In the 1960s, so one story goes, a crate from Argentina unloaded from a cargo plane at Kennedy Airport was opened by a mob underling—and out flew a flock of green monk parakeets. The Argentinian government had implored farmers there to kill what it saw as agricultural pests, and to send in the dead birds’ feet as proof of their demise. When that program failed, the parakeets—more than sixty thousand of them—were rounded up and sent to America to sell in pet stores as exotic fauna. The flock in the box at JFK got free.

A Field Guide to the Birds: Eastern Land and Waterbirds