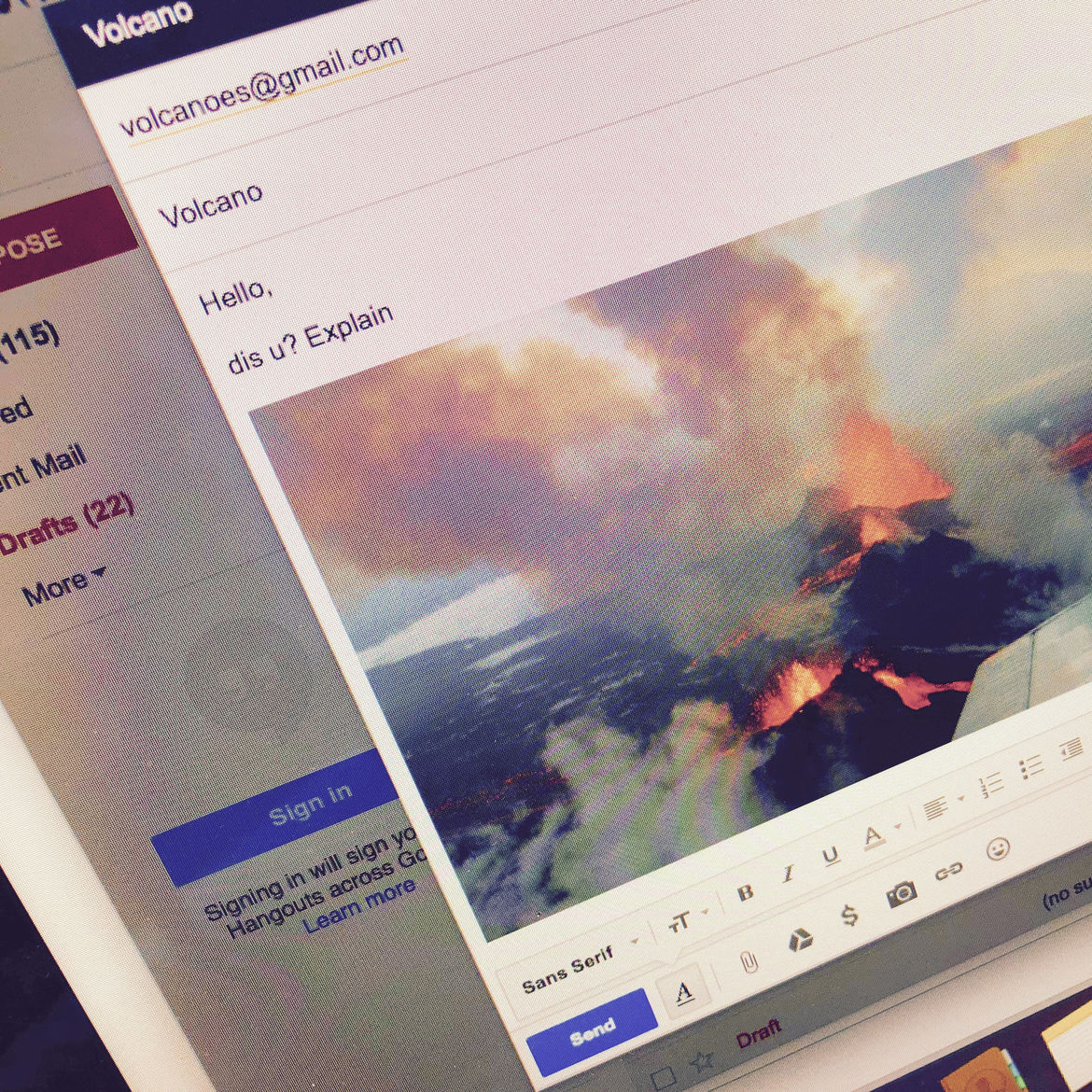 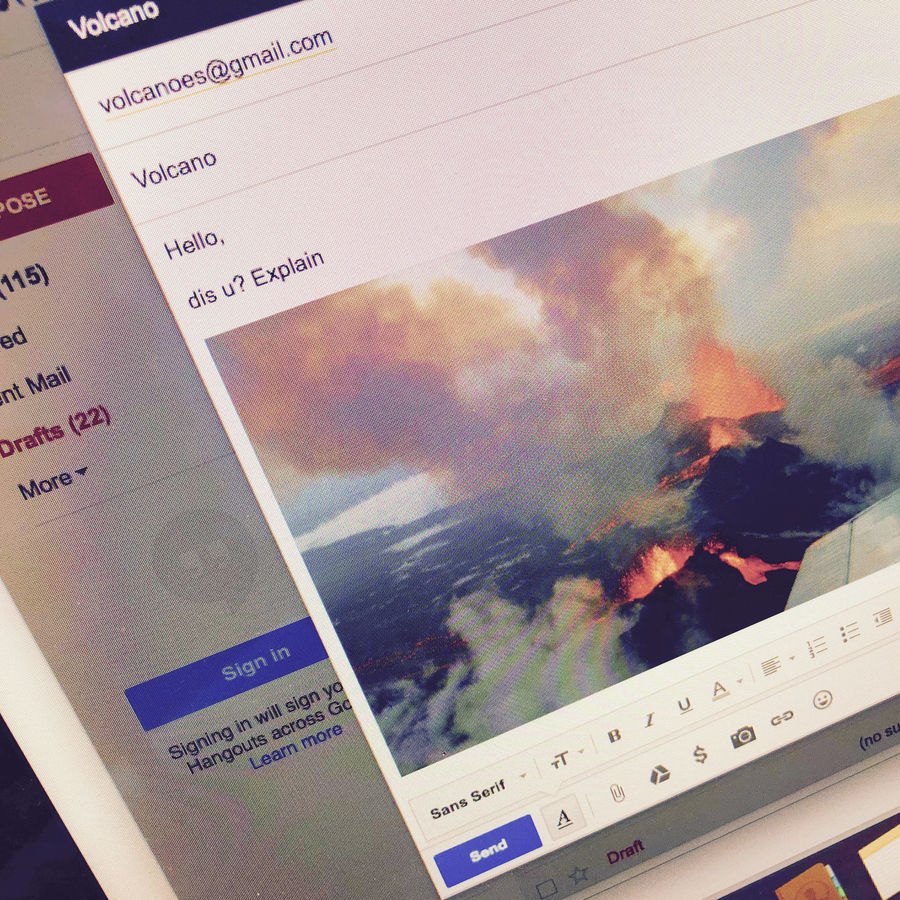 Scrabble With My Mom
Sonia Weiser

Spectator: My Family, My Rapist, and Mourning Online
Brandon Taylor

To Volcanoes (at Gmail), with Love

What a strange place the internet is, where we can reach a stranger by the slip of a key—or get their mail.

I hovered my mouse over the sender, a man named Bruce. His icon, a photo of a poorly docked sailboat, didn’t give me any clues, and neither did his no-nonsense bio: “I’m retired.” I didn’t know any Bruces, retired or not. I figured Bruce’s message was a goof—one of many that have found their way to me because my email address is volcanoes at gmail dot com.

That’s a half-truth. The full truth is too long-winded for the kind of small talk you’re expected to make with strangers.

obviously.I wish I had a better story, like that I studied volcanology in my spare time, or was inspired after summiting Cotopaxi. I also wish I’d just grabbed my own name, or, at the very least, that I could go back in time and tell myself to use a more professional email address for my college applications.

Let me know what you think :D,

We’re right on the edge everything is pretty good so far lot of solvers lawn helicopters Lonnie vacuolation where’s it’s in morningsThe first bit was straightforward enough, but I had trouble deciphering the rest. “Vacuolation” looks like an obvious typo for evacuation; a friend theorized that “solvers” could be autocorrect for sulphur, and “Lonnie” for Leilani Estates.

Part of me wants to send him a message apologizing for all the errant emails he’s received over the last decade, but that would be just another unwanted message.

I think you wanted Francis, I’ve cc’d him,So, I make games and live in Guatemala, I’m not a doctor; who were you trying to invite to your party? Was it David or Francis?

a human being writing about science, society, and the outdoors from seattle.

Confirmation link sent to your email to add you to notification list for author Jane C. Hu

A Life in Google Maps

“I can’t zoom in far enough to see if we were happy, or sad, or changing, or lying to ourselves.”

I Hate Shopping (and Shops Are the Problem)

“I can convince myself that the website’s tasteful design is at odds with child labor and unlivable wages.”