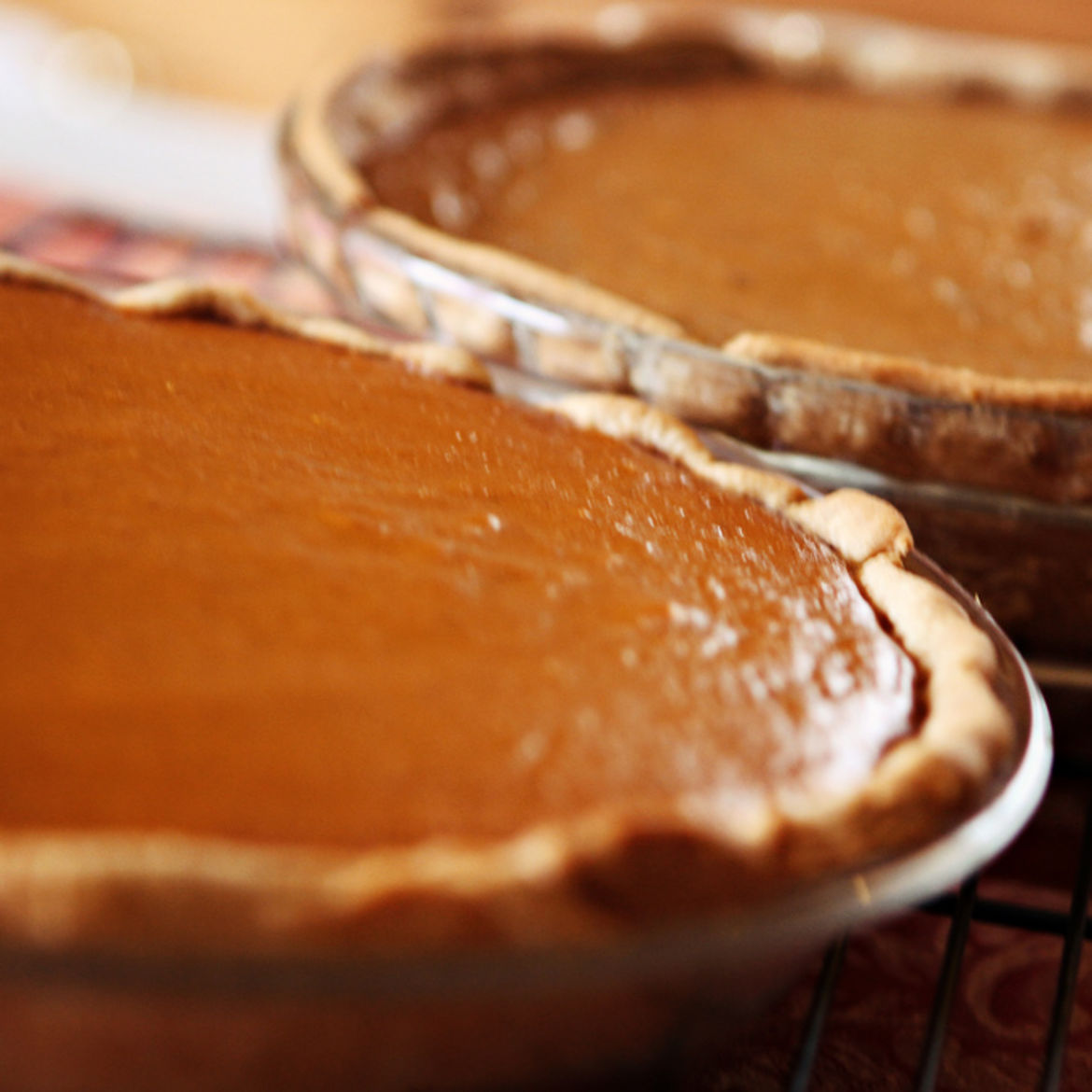 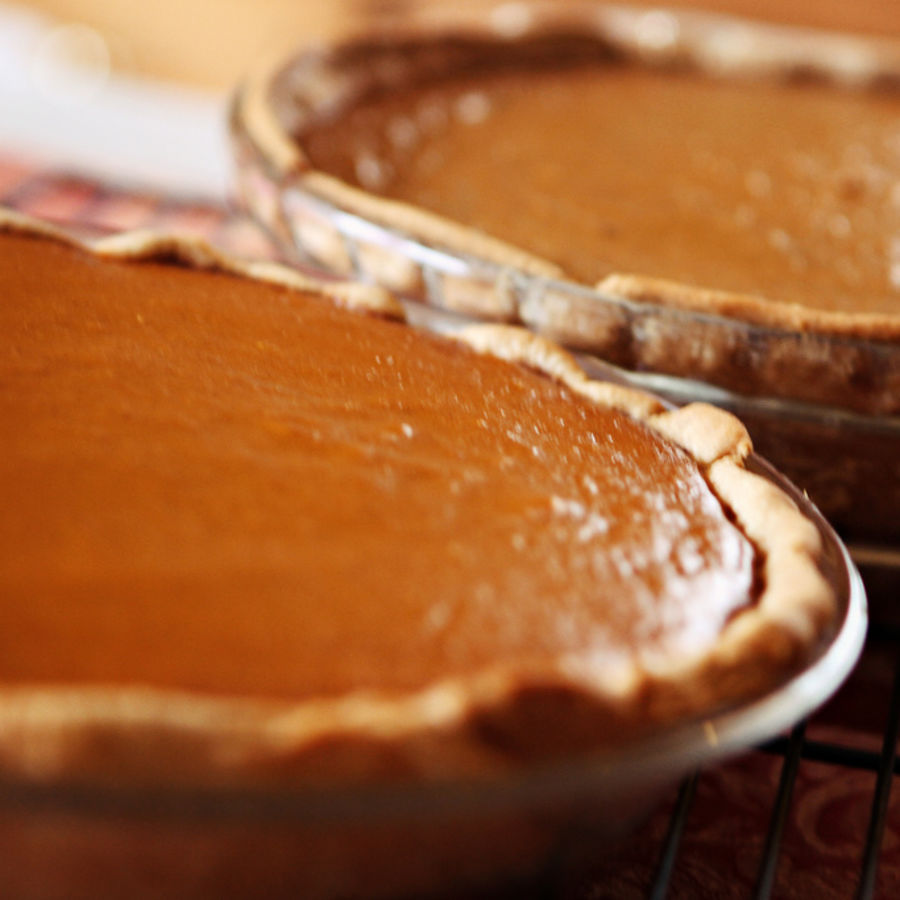 Special Request: Why I Fought with My Family on Holiday
Malaka Gharib

Wherever the Limdi Grows: Growing Up Gujarati in Southern California
Dipti S. Barot

How Saunf (or Mukhwas, or Fennel Candy) Built Me a Home
Eshani Surya
Culture | Food

It’s Thanksgiving 2013 at my husband’s cousins’ apartment and his aunt is holding my six-week-old son, which leaves me free to confuse everyone by sticking three pies on the dining room table. My in-laws are white and mostly Midwestern, so the pumpkin pie I baked is considered standard, as is the apple, though my mother-in-law will later say that my use of brown sugar instead of white makes it taste “like mincemeat.” To them, my sweet potato pie is the interloper, a bright-orange-colored alien to be ogled and commented upon and perhaps eaten, but not right away.

My black parents occasionally fed me and my siblings pizza and fish sticks and chicken fingers and meatloaf and all the things it’s assumed most American parents feed their children. But my mother mostly cooked the soul food she and Dad grew up eating in Chicago with their transplanted southern parents. Three or four times a week, I savored a dinner of fried chicken or slow-cooked barbecue that came with turnip or mustard or collard greens, black-eyed peas, sautéed sweet potatoes, and cornbread.

Thanksgiving in our house meant dumping gravy over turkey and cornbread stuffing, topping it off with the usual greens and beans and ending with sweet potato pie. Until my then-future in-laws introduced me to pumpkin pie at nineteen, I couldn’t imagine a Thanksgiving dessert that wasn’t my mother’s sweet potato pie, fragrant on the kitchen counter as it cooled, sending waves of butter crust and nutmeg and the caramelesque smell of long-roasted sweet potatoes into the air.

But now it’s 2013 and I’m twelve hundred miles away from my mother’s kitchen, watching seven people eye a sweet potato pie as if it’s a person in a badly mismatched shirt and pants. I’ve been married to my husband for ten years, which is about eight too many to care what his family thinks of the first pies I’ve ever baked them. But that is an intellectual way of attempting to deny my visceral need for them to like my sweet potato pie, a need that manifests as a clenched fist in my stomach. The sliver of me that isn’t nervous is mentally flipping through the mountains of sweet potatoes I’ve seen for sale in grocery stores and planning to look into why pumpkin pie is considered normal Thanksgiving fare while sweet potato pie remains exotic.

In the 7,500 years since it originated in Central America, the pumpkin has overcome its earliest reputation—as a beer base for people who lacked barley and a type of bread to bake when wheat supplies ran low—to become our most conspicuous fall cultural symbol. For the last three months it’s been impossible to walk two blocks in my Brooklyn neighborhood without passing a sign advertising a pumpkin item for sale, from carving pumpkins to baking pumpkins to every pumpkin food imaginable: coffee, bread, cake, ravioli, soup, milkshakes, muffins, and pies, both by the slice and whole, if baking one for Thanksgiving feels too difficult and customers don’t mind paying thirty or forty dollars for one.

The pumpkin’s rise to national prominence began in the early nineteenth century. As the U.S. lurched towards civil war, abolitionists embraced the pumpkin pie as a symbol of their cause. In Sarah Josepha Hale’s 1827 anti-slavery novel Northwood, which celebrated a  very long list of Thanksgiving desserts, “the pumpkin pie occupied the most distinguished niche.”  The abolitionist Lydia Maria Child wrote an 1844 poem called “The New-England Boy’s Song about Thanksgiving Day,” which famously starts with the verse “over the river and through the wood” and ends with “hurra for the pumpkin pie.”

White southerners saw both Thanksgiving and pumpkin pie as signs of Yankee encroachment. They opposed the traditional New Englander view of pumpkins as a visual reminder of a simpler agrarian time and, upset that the vegetable couldn’t be profitably large-scale farmed, called pumpkin food for blacks, who rejected it. “Cartoons and illustrations in the South associated blacks with pumpkins as a form of derision," said Cindy Ott, the author of Pumpkin: The Curious History of an American Icon said in an interview with Mic. “It’s part of why blacks didn’t embrace pumpkin pie in the same way."

After the North won the Civil War, women’s magazines took up the pumpkin pie banner and promoted pumpkin pie as a national tradition, pushing America even further towards a nostalgic view of the pumpkin as a reminder of our rural past. But pumpkins remained a minor crop until after World War II, when the end of sugar rationing made trick-or-treating popular and people started displaying carved pumpkins outside their homes to greet neighborhood children. In the seventies, farmers turned their pumpkin-growing efforts to inedible varieties to satisfy the seemingly insatiable demand for jack-o-lanterns.

In recent years, we’ve decided that we don’t need pumpkins themselves to evoke a homey, rural, autumn flavor. Many Americans celebrate fall by buying food or drinks made with “pumpkin spice,” a blend invented in the fifties that contains cinnamon, nutmeg, ginger, allspice, and no pumpkin whatsoever. Every year since 2011 we’ve bought fewer fresh pumpkins and more pumpkin-flavored products, including the $13 million worth of pumpkin-flavored dog food Americans purchased in 2014.

To me all this effort embraces what is, at heart, a bland vegetable. Pumpkin tastes like nothing. After I discovered pumpkin pie, I spent several years trying to make it better. I made my crusts out of butter, lard, shortening, and a mix of the three. I alternated salty and sugary crusts, thinking I could find a contrast between crust and filling that would pack a taste punch. I turned to the filling, rejecting commercial pumpkin pie spice for hand-ground cinnamon and nutmeg. I used light brown sugar, then dark.

In a final fit of whimsy, I traded canned pumpkin for fresh, choosing cheese and sugar pumpkins at the grocery store, roasting them in my oven, and then straining the pulp over cheesecloth to remove the excess liquid, a process that left me with some cooked orange mush that I found had less flavor than canned pumpkin. If you want a worthwhile pumpkin pie recipe, here’s an old one adapted from Cook’s Illustrated. This pie is good for two reasons. Simmering the pumpkin and spice mix before mixing in the eggs and milk gives the custard a richer, creamier flavor. And, as I and most other Americans prefer, this pie tastes a lot more like spices than pumpkin.

Unlike pumpkins, sweet potatoes taste delicious, which is why South Americans brought them to Polynesia around 1100, four hundred years before Columbus scooped some up for his travels. And they’re tough vegetables that grow well in challenging southern soil, which made them an ideal vegetable for American slaves and poor whites. Slaves in particular took to them, in part because they tasted and behaved like West African yams. Abby Fisher, a former slave, wrote the first known recipe for sweet potato pie, which appeared in her cookbook What Mrs. Fisher Knows About Southern Cooking, and combined sweet potatoes, butter, eggs, the juice of one orange, orange peel, sugar, milk, and salt.

Given the choice between bland pumpkin and sweet potato, which, when roasted for a long time at a low temperature, gives off butter and brown sugar notes, I’m not sure why anyone would choose the former. But, of course, food preferences aren’t always simply a matter of taste. Sweet potato pie has been thoroughly regionalized and racialized into a fringe food. The internet coughs up endless references to sweet potato pie as a southern dessert and plenty more as a slave dessert. Americans don’t typically like being reminded of slavery.

There’s a long history of black people finding sweet potato pie tasty. But starting in the sixties, blacks embraced sweet potato pie more firmly as part of a post-Civil-Rights-Movement effort to define and celebrate black contributions to American cuisine by calling them soul food. My personal sweet potato pie recipe has a great deal of flavor, a dash of childhood sentiment, and a healthy spoonful of politics. We black Americans, my parents always said, survived slavery and cooked delicious food too.

A few years ago I went down to New Orleans in part to sit on a curb on a seventy-five-degree January day and eat a palm-sized sweet potato pie from Tee-Eva’s Pralines & Pies, a famous bakery on upper Magazine Street. Tee-Eva has baked a sweet potato pie for more than two decades that has almost no spice. I closed my eyes to relish a hair of cinnamon and a little nutmeg and the toffee-ish hit of sweet potato atop a flaky crust.

Before and after my trip to Tee-Eva’s, I hunted down a delightfully orangey version once or twice a month at an African restaurant in Milwaukee. Before the restaurant closed, I asked the owner why their pie tasted so fantastic. It was the lightest, fluffiest sweet potato pie I’d ever tasted, more on the soufflé end of the custard pie spectrum than the gelatinous brick end. He told me Grand Marnier.

Every Thanksgiving after that I worked on my sweet potato pie. I bought Grand Marnier, added it to my normal lightly spiced pie recipe, tasted its lightness, and decided the spices added too much clutter. I took the spices out as an experiment and never put them back in. I’m not giving you the recipe for my sweet potato pie, but you should add Grand Marnier to yours.

The in-laws finally dared to serve themselves tiny slices of the sweet potato pie I baked for them. Its aroma perfumed the dining room. It was the first time I’d strayed from my mother’s recipe when baking for other people. Her pie is velvety and custardy and rich, lightly spiced, nutmeg-dominant. But I preferred the airier, citrusy taste of mine. I took a big slice for myself and laid into it, hoping I could distract myself from whatever their reaction would be by focusing on chewing. All my worrying didn’t matter. They exclaimed. They cooed. They had seconds. Of the three pies I’d baked, it was the only one they finished.

Kashana Cauley is a native Wisconsinite who lives in Brooklyn. The Atlantic, Esquire, McSweeney’s Internet Tendency & Tin House have published her essays, fiction and humor. She won the 2012 Esquire/Aspen Writers’ Foundation Short Short Fiction Contest. She recently completed a novel.