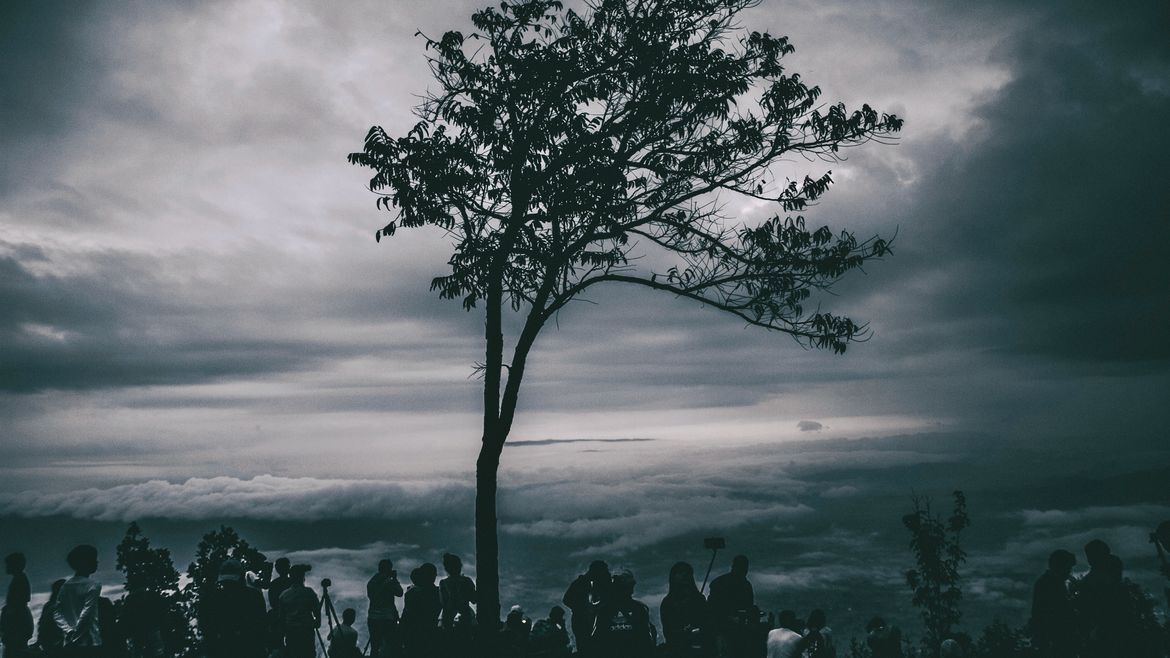 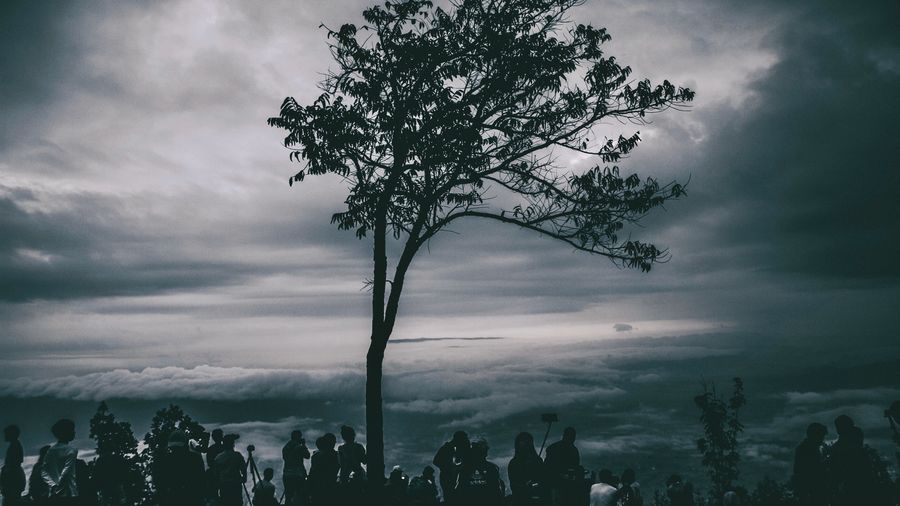 Mae and Me
Anna Vangala Jones

Look at the ocean, they say. Every road will flood. You will be trapped. Your house will be destroyed. Look at it swell. I’m staying, I say.

They tell me I have to evacuate for the hurricane.

Do they have albinism?No, look at their dark eyes. They have leucism.

You have to get ready

Look at the ocean Every road will flood. You will be trapped. Your house will be destroyed. Look at it swell.

You will change your mind

When the sky turned green and the tornado came, I did not hide under an overpass. That’s old advice. I lay in a ditch by the road.

And thank God you survived,

Another time, I tied myself to a pipe in a barn.

For the fires, I left. I stayed with my parents in Nevada and when I came back my neighbors’ houses were gone but my house was fine.

And thank God it was

I don’t remember the mudslides

It was a dream,

Over and over I watch time-lapse videos of caterpillars building chrysalises and turning into butterflies but I still don’t understand it.

Do I have imaginal discs?

I did not like staying with my parentsThey bicker.

You do not have to stay with your parents

Someone has an empty basement they’ve offered.

And we will all fit there?

No, we have to split up.

And where will another group go?

A hotel. Many hotels,

I don’t have money for a hotel.

You can sleep in your car.

This is about surviving!

We will figure it out.

What about the children?

The children should stay with me. I have good doorways.

I have good bathtubs.

I have a good basement.

Basements are for tornadoes.

And you don’t have a basement,

The wind is beating hard against the house now.

We don’t have shutters.

Who are you to tell me about the shutters!

I married someone named Mason?

You would be an absurd thing to make up

They packed it for me, I’m staying.

The mudslides were terrible!

That was a dream you had

Can’t they still be terrible? They were terrible!

They were. They were

It buried the scenic highway! It took houses right off their foundations!

Those were two different mudslides, in California, months apart.

For the fires, I fled to Nevada,

We aren’t in California, We’re in New Jersey.

The hurricane is coming up from Florida. We need to go.

You will be like one of those people on the news who did not evacuate and then they are dead or stranded the next day.

Those people are nothing like me! They were riding it out. I am staying. I am not here.

I got separated from them,

You are not my child?

What do you want to do now?

I don’t know where they are,

OhHow long will the storm be?

We have to go

I’ll go with you

I can’t carry you both,

I don’t want you to carry me

It’s too deep in places

Why are you hesitating?

If you don’t take the child,it will be as if I never loved you.

You will come through the door one day and I will pretend we never met.

I will have thrown my wedding ring into the fires of Mordor!

That’s not quite how—

You know what I mean!

If I am in a stormam I in the eye of it now?

Where have you been?

I was hiding in the closet

When I told them about all the times they had us evacuate before, and they told me I was dreaming, you did not come to my side then?

You would not defend your own mother?

You can finish it Look at meLook at me

This is not the picture of success

Do you know what the forbidden experiment is?

It’s to observe a child as they grow up with nothing. No one and nothing. Could they survive and how? What traits would they end up with as they grew? What was innate and what learned? It’s cruel. It’s cruel so it’s forbidden.

And yet, throughout history, there have been children who wander into society after being lost to the world, raised in the wild, that have answered some of these questions.

But still, the child was not observed throughout that time, only later studied.

So we are not cruel.

We are not cruel in that way In that one very particular way.

Is this sight so much more reliable than what I saw before?

We’re on the mainland now

I keep escaping before my body canWhere were you?

Before, the cars were piled up.

If everyone died in their cars, the cars would’ve been stuck like that forever.

You know they would take the dead out

And drive the cars onto those trucks that carry eight cars at a time.

That’s where I live, That’s my block

My house is gone

That’s why we had to leaveWe tried to tell you.

What do you need?

To eat? To sleep?

Do you need that?

What are you doing?

We are making a run for it!

Sarah Blake is the recipient of a Literature Fellowship from the National Endowment for the Arts. Her writing has appeared in The Kenyon Review, The Threepenny Review, Slice, and elsewhere. Her debut novel NAAMAH is forthcoming from Riverhead Books in April 2019.

Year of the Pony

I can’t stop seeing the brush in her hand as a scalpel, her countless bracelets jangling as she prepares to make the next cut.