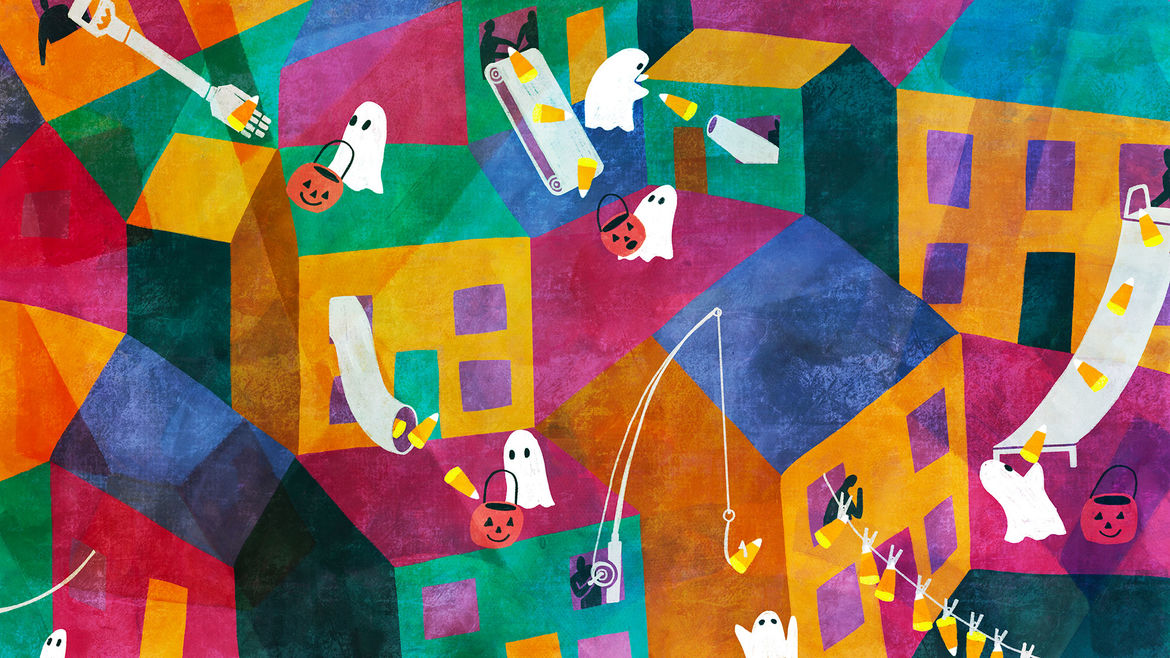 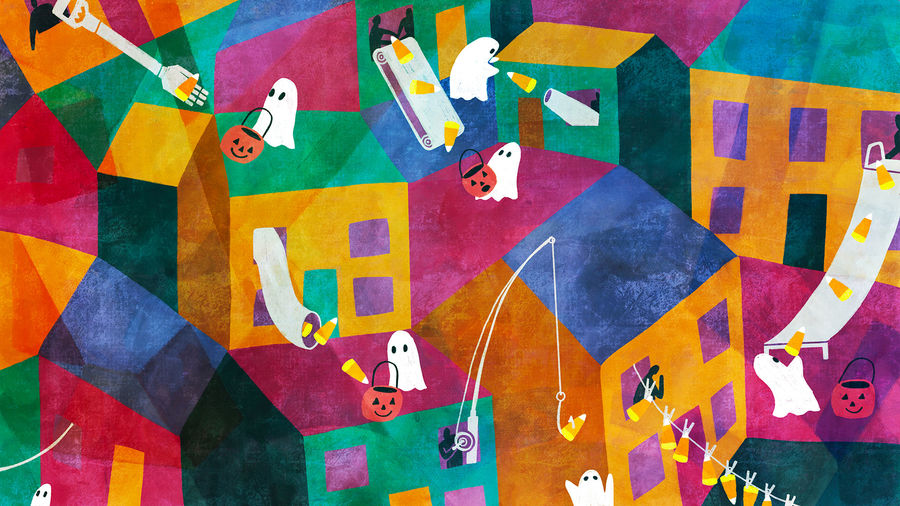 A Year Without an Ending
Jess Zimmerman
People | Ritual

Every evening, someone else would visit. Our next-door neighbors, both medical professionals in their seventies, brought us homemade muffins. They baby-sit their five-year-old granddaughter every afternoon, and offered to watch our kids sometime, too. It was wonderfully kind and also disorienting. We were invited to birthdays and barbecues.

In June, we planted a pumpkin patch on the front lawn so we could grow and give away the pumpkins to neighborhood kids. I fantasized about throwing open our front door, finally, gladly, light spilling down the steps, welcoming everyone I had closed my door to before.

Local governments, civic organizations like the YMCA, the Rotary Club, and the Boy Scouts, and small business associations tried to combat the wave of destruction by hosting Halloween parties in a move reminiscent of today’s school- and church-sponsored after-prom parties. In an early example of corporations co-opting the holiday, store owners sponsored holiday window decoration contests to deflect having those windows smashed on Halloween night.

Summer Block has published work in Catapult, Longreads, The Awl, The Toast, The Rumpus, McSweeney’s, and several anthologies. She's currently working on a book about Halloween.