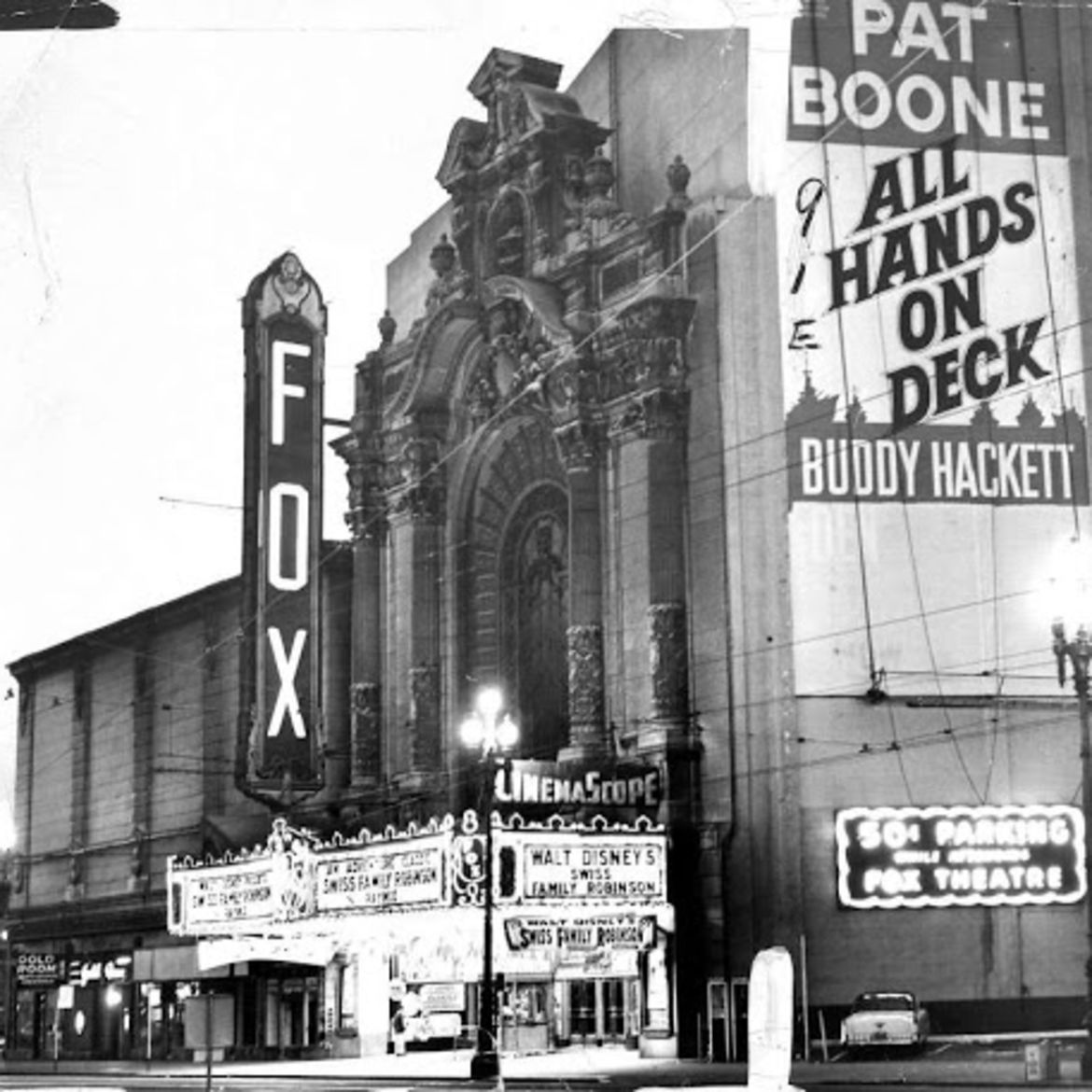 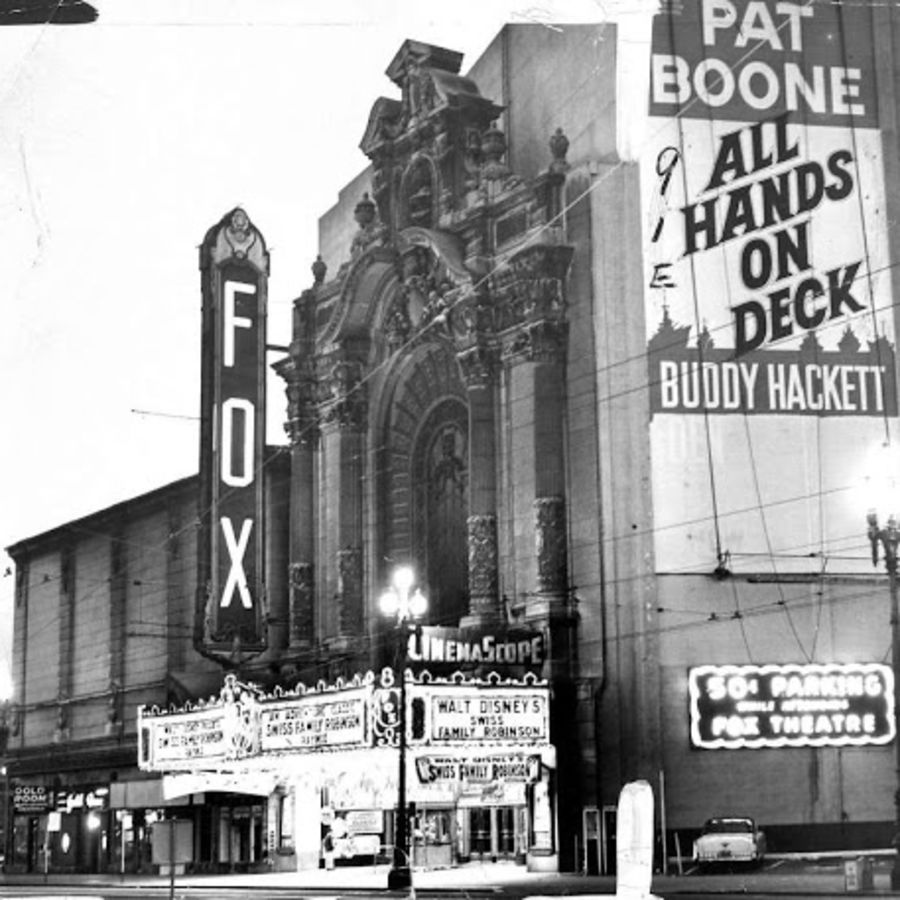 Fox Theater, San Francisco. All photos provided by the author.

Getting to Suzy’s
José Vadi

Did You Know Anybody?: On the Manchester Arena Bombing
Giles Scott
Places | Natives & Neighborhoods

Standing in the Shadows of Brands: San Francisco at Dawn

When a city’s populace is wiped out of its longtime residents, so goes the collective memory of San Francisco.

while we earned MFAs. Framed paper in hand, we returned to full-time work funded by shoestring grants to manage arts-education programs with equally vulnerable funding, scaling the horizontal hierarchies of the not-for-profit economy.

rise of apartments and offices, with a token Starbucks downstairs filling out the triangular block, what we really wanted to do,

Two or Three Things I Know About Her. Never seen it

I gotta go back; bye, friend

—who to see, what to avoid, or what to see and who to avoid, in a city still anonymous to those in the know, and experience defines the know.

apexed just in this handful of years, thanks to a resurgence of new tech money, a housing price boom, and the jobs to fuel it all. Indeed, the bay area’s demographics have altered mightily and rapidly. A school teacher in the city today can't afford to live within its limits. The African-American population has dwindled dramatically, with the Latino and Asian populations quickly following suit. The cost of living is so sharp that the middle class is eroding under its weight. White flight in reverse is leading to a familial re-conquering of the city, strollers now pushed in parts of town where only crushed needles found homes. And amidst the pros and cons of all the changes are those pockets of space and time where these arguments stand still for a bit, hanging in the gallery of the city’s waking mind, before the city finds such silence uncomfortable, deciding instead to trounce itself in its daily chaos.

tearing up the corner. Walking south on 11th, nod and daps to the brown men guarding the parking garage housing Teslas. On pace with the theater that is our lives, the northbound 49 passes me just as I arrive at the bus stop on Howard. Left turn down Folsom to a cafe towards 10th, and while crossing, I look down Folsom: its empty horizon, its flat accessible beauty, the flying pink pig attached to one of the nearby haunts, 13th Street and the mountains housing Twin Peaks in the distance, the quiet of a city voguing its defected seams.

How does the building look? Does it cast a shadow over the steps? Are the steps still there?Yes, Yes, and I don’t know for how long.

What are you taking pictures of, Who—

José Vadi is an award-winning poet, playwright, and essayist living in Oakland, California. His writing has most recently appeared in The Los Angeles Review of Books, HOLD: a journal, McSweeney's and Catapult.

Children of ‘The Cloud’ and Major Tom: Growing Up in the ’80s Under the German Sky

In the sky you could watch history happen as though on the world’s most massive TV, and history’s wreckage could rain down on you at the park with your friends.