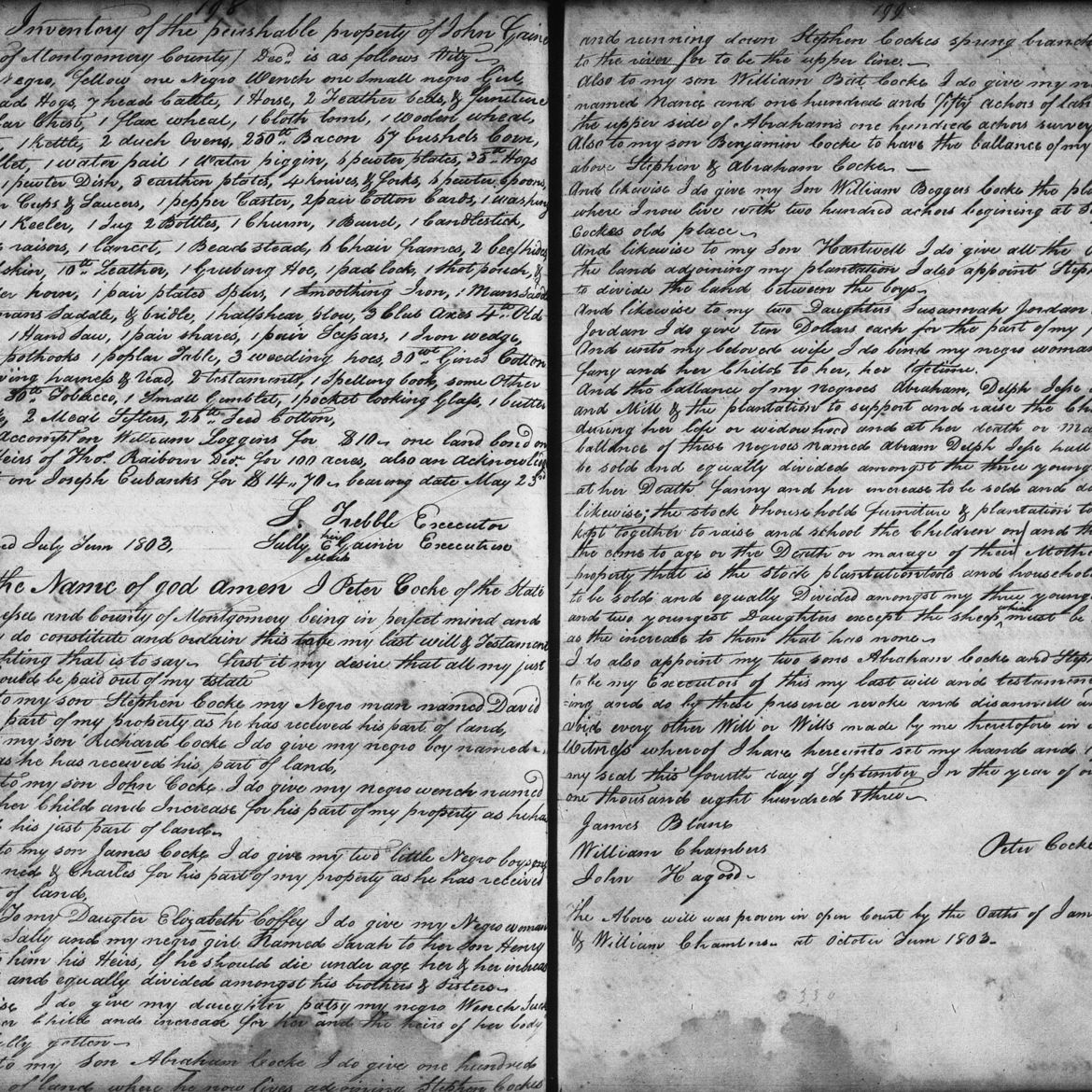 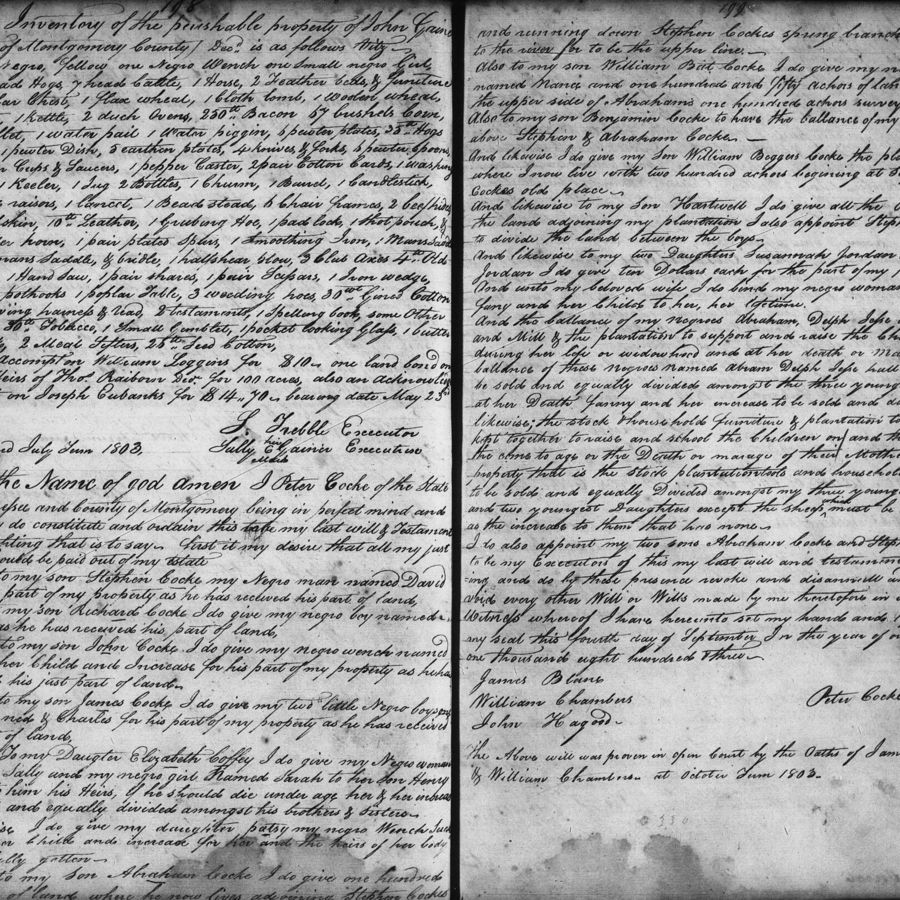 The will of Peter Cocke, Jona Whipple's seventh great-grandfather, from 1803.

Where the Bodies Are Buried
Jessica Pishko

Why We Must Believe Women: My Family’s Legacy of Violence and Murder
Chelsea Bieker
People | Unreported

“I thought I would be able to claim some exemption from the darkest time in our history.”

Gone with the Wind

Burket’s Explanation of the New Testament

’s slaves. He was willed to my seventh great-grandmother, Mary, to be sold in the event of her death or remarriage, and the proceeds from his sale were to be divided among Peter’s children. In 1810, Hall paid the Cocke family a sum of five hundred dollars through a lawyer, with the intention of buying his freedom. Whatever dangers awaited him outside of Tennessee, outside of slavery, Hall wanted out.

depraved and corrupting man of color

but I have reaped its benefits.but am I a part of something that continues to allow these terrible things to happen?

Jona Whipple's writing has appeared in Bluestem, The Hairpin, The Chicago Reader, The Flounce, and Hypertext Magazine. She is an archivist in Chicago, and is currently at work on a collection of personal essays inspired by her extensive junior high journal entries. www.cupcakeheartbreak.com

When We Were Whole: A Comic About Us

“Once upon a time, a civilization lived.”

The Woman Who Lives on a Disappearing Mountain

She told me that if I took her picture my camera would break, but I smiled and asked to try. Two weeks later my camera broke.