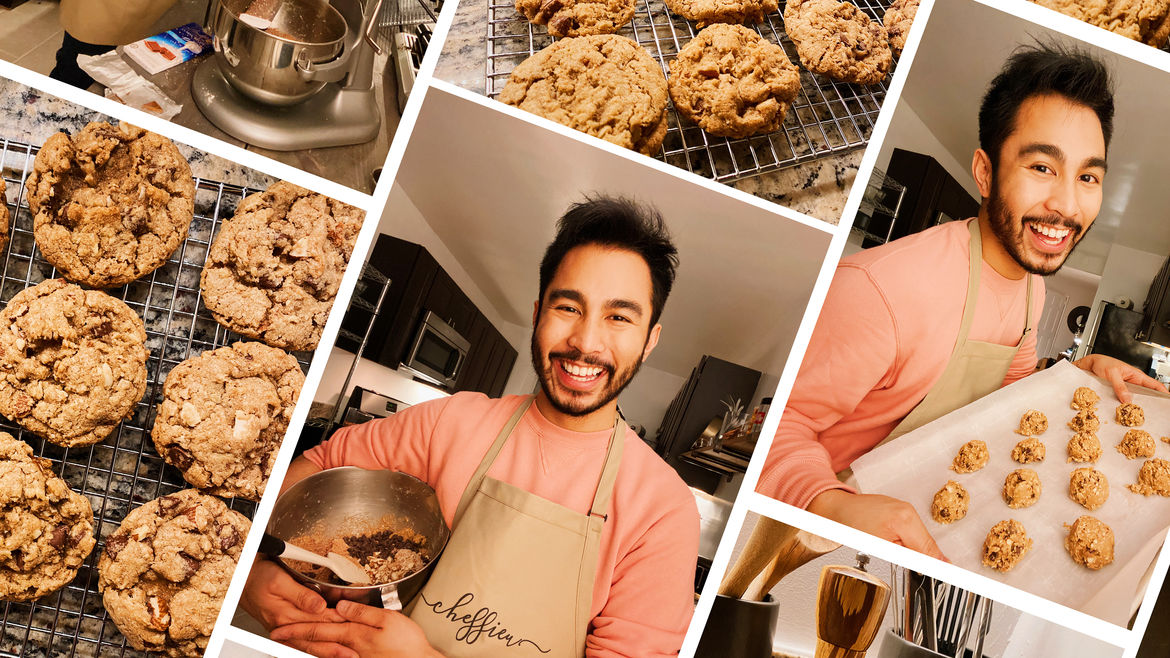 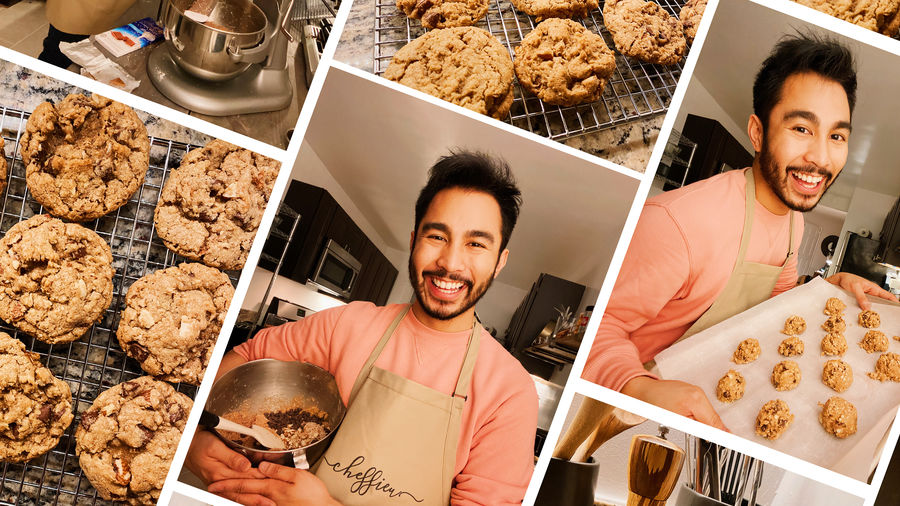 Is It Possible to Truly Know Yourself? (Probably Not—and That’s Okay.)
Angela Chen

My Mother Lives Here Because I Live Here
Matt Ortile

I Can’t Defeat My Grief, But I’m Learning to Carry It
Matt Ortile
Columns | Grief At A Distance

Baking Her Recipes Keeps My Mother Near

Baking was solely Mom’s domain, I believed, and cooking for her was mine.

This is Grief at a Distance, a column by Matt Ortile examining his grief over his mother’s death in the Philippines during the Covid-19 pandemic.

idk what I’d make with it thoughI’m more a cook and less a baker.

you could become someone who bakes

Also I am grieving

I’ll just have to bake more oftenEither I follow Mom’s recipe perfectly or not at all.

Mom relished the dinners I made for us two—and us three, once Dad joined us in Las Vegas from Manila. As I grew, so did my repertoire, with the help of the Food Network and Trader Joe’s. I was proud that, even at a young age, I could provide for her in my own way. Among friends, Mom liked to say she wasn’t a cook, “but my son is the chef.”

Mom was someone who baked. Baked in the past tense because she fell out of the habit. She transitioned to “healthy eating” after my grandmother died in 2011. Lola was in her early eighties; she lived for a while after her breast cancer diagnosis—fifteen years, I think. Mom only had five years after her own diagnosis and died in 2020, at sixty-one, at home in Manila. Once she lost her mother, Mom began to abstain from sugar. Dairy, red meat, and salt too. Her diet became low-calorie, low-fat, low-flavor. Dad would whisper over the phone that her meals were fibrous but bland. Food for the gods was out of the question. She believed this would help her avoid the same fate as Lola, would delay her genetic inheritance.

We all mourn our mothers differently. For my part, I have gained fifteen pounds since Mom died. As I write this, I’ve a bowl of cookie dough chilling in the fridge. An overnight rest period solidifies the fats (the dough will hold its shape better) and allows liquid to redistribute throughout the dough (the cookies will have crispier edges and chewier centers). In the absence of a teacher, I learned this bit of science from Bon Appétit.

Mom didn’t teach me how to cream butter and sugar, to temper chocolate, let alone to feed the gods. I can hear her say, “You never asked! ’Di naman kita pipilitin.” Baking was solely her domain, I believed, and cooking for her was mine. It seemed the least I could do. As she cut a path to our American Dream, I was the one to feed her—pastas, salads, paninis. (I didn’t care to learn her recipe for pancit molo or, if she had one, chicken adobo.) I was my mother’s immigrant son, her little chef, providing for her, doing essential work. To me, baking seemed less important, icing on the cake. For cravings, we had Krispy Kreme.

But now, I am becoming someone who bakes. Cakes, scones, soufflés at midnight risen by whipped egg whites and the dread of another day working where I sleep. My beloveds have encouraged my new coping mechanism. Over the holidays, Alanna gifted me an embroidered apron that said “Cheffieu,” the name she gave my culinary alter ego. She and Krutika were forgiving when we made Christmas dinner together, when I couldn’t help but backseat-cook. To humble me, Krutika said, “You’re acting like my mother, not yours.”

Who taught me how to cook?

Prove to Mom that you’re in good hands—your own

Matt Ortile is the author of the essay collection The Groom Will Keep His Name. He is also the managing editor of Catapult magazine, and a contributing writer at Condé Nast Traveler. Previously, he was the founding editor of BuzzFeed Philippines. He is a MacDowell Fellow and has written for Vogue, Self, Out, and BuzzFeed News, among others. He is a graduate of Vassar College, which means he now lives in Brooklyn. You can find more of his work on mattortile.com and on Twitter @ortile.

I Can’t Defeat My Grief, But I’m Learning to Carry It

In video games, dead parent storylines give a character depth. Their grief becomes a plot point, something to overcome.

The Monstrous Female Ambition of the Harpy

“When women grab for space men thought reserved for their use alone, those men will surely call us foul.”