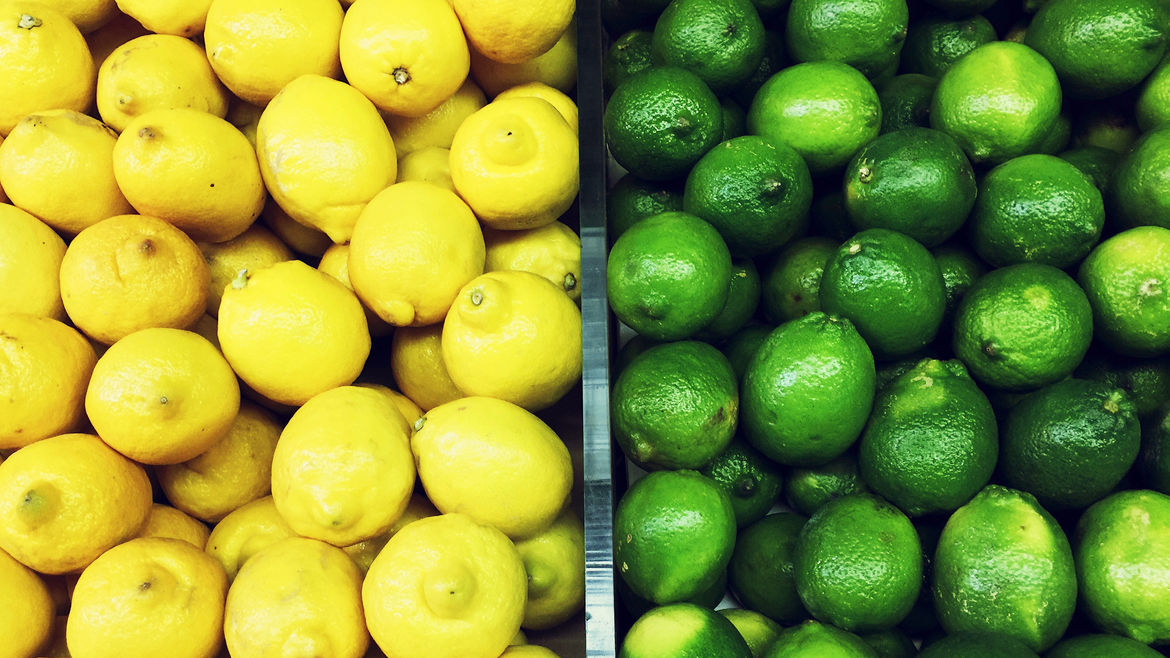 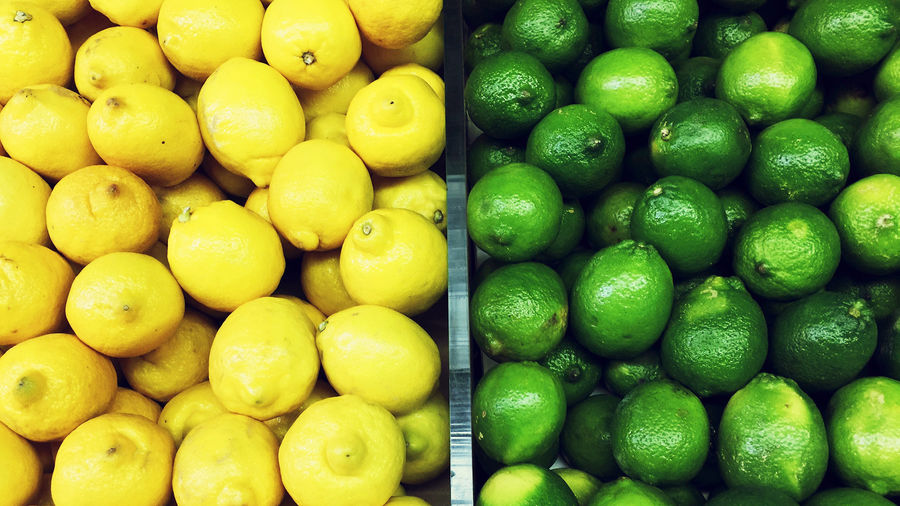 C: Cherry (from the Book of Difficult Fruit)
Kate Lebo

Flour, Yeast, Water, and Salt: How Breadmaking Helped Me Get Through My Divorce
Pooja Makhijani
Things | Edible

I keep reminding myself that I’ll go to Sicily for the history, not the limes. But why kid myself?

It starts with a lemon twist floating in a dry martini. The bartender brings the glass over to our table and, no sooner does he place it down than the scent of lemon overpowers our snug little corner in the bar area of our hotel in Positano. What is it? I sniff at my glass, again and then again. I’ve never in my life smelled anything like this coming from a lemon—zesty, sweet, floral, sweeping over me with the unmistakable well-being brought on by aromatherapy. I am so mystified that I ask the barman what kind of lemon it is.

He stares at me with a baffled look. “A lemon.” Meaning what else could it be?”

“Limone,” he repeats more startled than ever.

We both stare at each other. Finally he understands, smiles, and says,  “Lemons from the Amalfi coast are the best in the world, aren’t they.”

He is absolutely right. I ask if he could peel a rind for me. He steps behind the bar and returns with a sliver of yellow rind on a small white plate. I want to keep this piece of lemon skin forever, put it in between the pages of the book I am reading and never forget this moment when I came face to face with the beguiling genius of Italy. This country is all about citrus—lemons in Campagna, Bergamot is Calabria, and limes in Sicily. Suddenly, by a strange series of associations, I am reminded of a play by the Italian playwright Pirandello called Sicilian Limes and how these lumie, as they’re called in Sicily, came to symbolize the love of his characters for the Sicily they’ve lost or left behind. And just as suddenly, like a sign from above I’ve been ignoring for far too long, the thought of limes stirs up my ever-postponed voyage to Sicily. The time has come to go to Sicily. I want Sicily more than ever, and now, by virtue of a rind of lemon, I’ve made a resolution I hope I won’t undo. Come September, Sicily.

Sicily is not Positano, and limes are not lemons, but in my mind one leads to the other. I keep reminding myself that I’ll go to Sicily for the history, of course, not the limes. But why kid myself? What draws me to places and stirs my imagination is usually the flimsiest, chance thing.  People go to Rome for the Coliseum, for the Vatican, the Appian Way, for this or that museum.  For me, though, it’s the powerful scent of resin and wood finish emanating from those tiny carpenters’ shops lining the quiet, narrow streets of Campo Marzio. I’ve gone to Athens for the Acropolis, but also to pick up a random stone nearby to use as a paperweight in New York and try to convince myself it dates back to the time when the Persians sacked Athens 2,500 years ago. In Constantinople the first thing I want to see is the Hagia Sofia Basilica and, while there, hope yet again to trace the outline of the Christian icons that the Turks defaced and painted over when they invaded in 1453. In Barcelona, I crave to see not the Gaudi buildings but the random bullet holes left by the Spanish Civil War. What draws me to Tuscany is not Dante but Franz Liszt’s piano pieces; to Venice not Piazza San Marco but Thomas Mann; to Sicily, if not the lime groves, then the sand-frayed town of Corleone and the equally sun-baked grounds of Donnafugata from The Leopard.

After the bar that night in my hotel room, I turned on my computer and downloaded a map of Sicily. My trajectory seemed obvious enough. There are people who before traveling study the maps of the places they’ll visit. They learn key phrases, they read up on the history, they book museum visits and pore over websites to get street views the better to know the area around their hotel. They keep tourism alive. They want to see things and are eager to fall in love with them. I am after what I’m never sure exists and may not even recognize, much less know anything about.  I am after romance and revelation. Sometimes I want to step back and imagine antiquity; sometimes all I want is to revisit lost images from my boyhood.

Sicily is my romance. Romances are born from just about anything. Mine may have begun with citrus, but it will eventually blossom and draw me to Mount Etna, to Stromboli, to the Aegadian Islands and the Aeolian Islands—their names alone stir up everyone’s longing for beaches and limpid seawater. Sicily is an island where Normans, Frenchmen, Greeks, Carthaginians, Romans, Moslems, Jews, Byzantines, Spaniards, all had a foothold for a while, all leaving their imprint on the people of this island who are proud of their crossbred ancestry. My map gives me a rudimentary idea of what I think I want. I’ll land in Palermo and then after two days rent a car and begin driving west along the coast, starting with Trapani, then to Marsala of the sweet wines, then Agrigento, then Gela, finally rounding the southern tip of Sicily, to Noto, to Syracuse, then Catania, and Messina, then to the beaches of Ragusa and Taormina and finally to Cefalù, fifty miles east of Palermo. I want to visit the old Greek temples and touch the soil that imported the best of Greece and became antiquities in New York. I want to retrace the steps of Odysseus: the Cyclops, the Laestrigonians, Aeolus of the winds, and dreaded Scylla and Charybdis. I want someone to point out to me the salt mines where the Athenian soldiers were turned into slaves and died the most ignominious death at the end of the Peloponnesian War. And I want to visit the area in Palermo where, on the night vigil of Easter Monday, 1282, several hundred Frenchmen were summarily put to death and the French finally routed from Sicily because, as legend has it, a violent riot started when a Sicilian killed a French soldier for making persistent advances to his wife. Above all I want to see the landlocked hill town of Enna, the navel of Sicily, famed for its expansive panoramic views, where the learned open-minded Holy Roman Emperor Frederic II of Hohenstaufen (1194-1250) built his summer palace and where Italian literature was born.

But it is in viewing all of these postcard images of Sicily that I hit on a place called Ortigia, a small island off the city of Syracuse that I have decided is my instantaneous dream spot, not just in Sicily but in the world. I discover it by pure chance, partly because its name is derived from the Greek word ortyx meaning quail, which I love. It reminds me that the most important moments of our lives happen not because we plan them but because of this thing we insist is blind but is never as blind as we think: luck. Here, it finally occurs to me, is where I want to live, where I want to start my life all over again; here I want to grow my limes, my lemons, my oranges, my bergamots and all manner of citrus because, as luck had it one day in another hotel in Milan a few years ago, I fell in love with a brand of soap that happened to be called Ortigia. Who knows, I may even forgo Palermo and Marsala and Taormina, perhaps even my home across the Atlantic and, like Asteria who flew away from the embrace of Zeus by turning into an ortyx before flinging herself into the sea, make up for lost time in Ortigia, the land of quail.

André Aciman
André Aciman is distinguished professor of Comparative Literature at the CUNY Graduate Center where he is also director of the Writers’ Institute and the Center for the Humanities. He is the author of OUT OF EGYPT, ALIBIS, CALL ME BY YOUR NAME, HARVARD SQUARE, and the forthcoming ENIGMA VARIATIONS.
+ Follow

“He showed us the realm of good-eating fruit, and we have come to protect this pleasure fiercely.”

I’ve gotten better at eating since rehab, but I’ve yet to explore the pleasure of food; of preparing it and enjoying it.