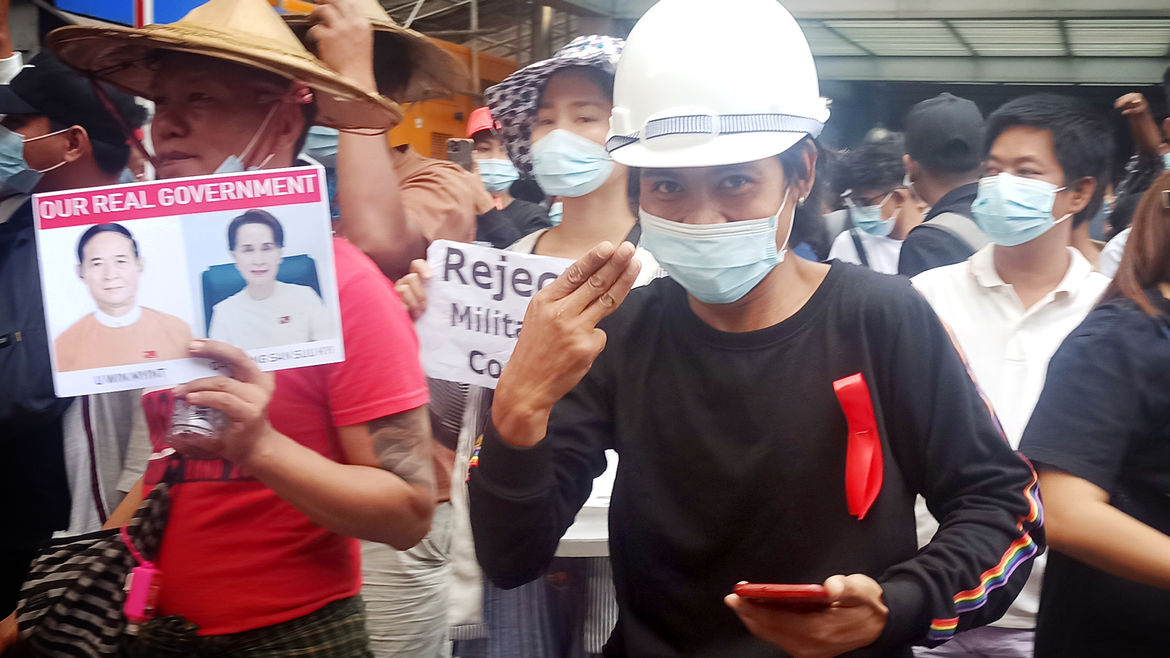 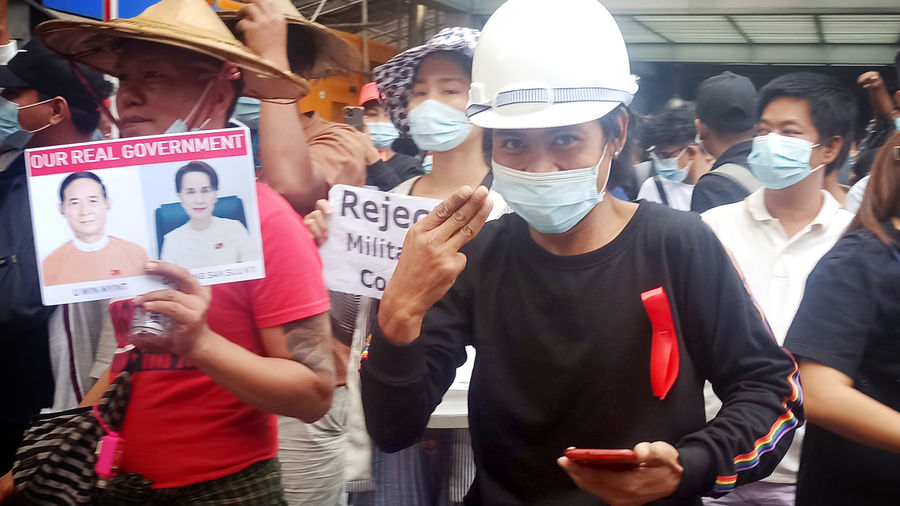 “Whoever Holds the Banner Will Be Shot”
Jessica Goudeau

Jessica’s note: Because of internet-connectivity issues, this interview was conducted over several weeks via text on WhatsApp. “Noel HK” is the pseudonym of one of thousands of government workers in Myanmar who left her position in the capital, Naypyidaw, in protest against the junta’s actions following the military coup on February 2, 2021. Along with other professionals, these government workers have joined the Civil Disobedience Movement (CDM) in a national strike. The current CDM began with a Facebook post made by a group of doctors who disagreed with the military’s decision to take over the country. The group’s statement went viral, and soon bankers, lawyers, teachers and health care workers, among many other professionals, had joined the movement in refusing to return to work under the Tatmadaw. Though it’s impossible to know how many are participating in CDM, people from all walks of life across the country are joining in the peaceful protest. For government workers, the risks are especially high—not only have they given up stable jobs and good salaries, but the ruling junta, known for imprisoning, torturing, and killing dissidents, knows where they live and how to find them. And yet Noel HK and others bravely refuse to work as long as the authoritarian government remains in power. In March, the members of Myanmar’s Civil Disobedience Movement were nominated for a Nobel Peace Prize. In order to protect Noel HK and her family, we have hidden some identifying details, including the name of her home state.