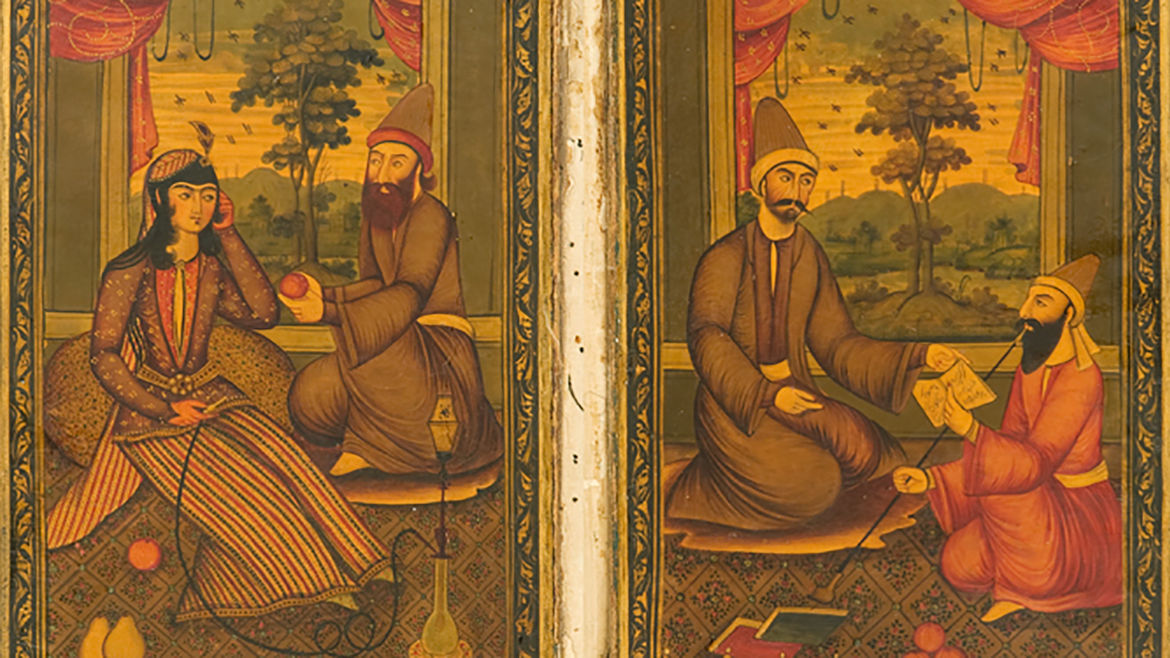 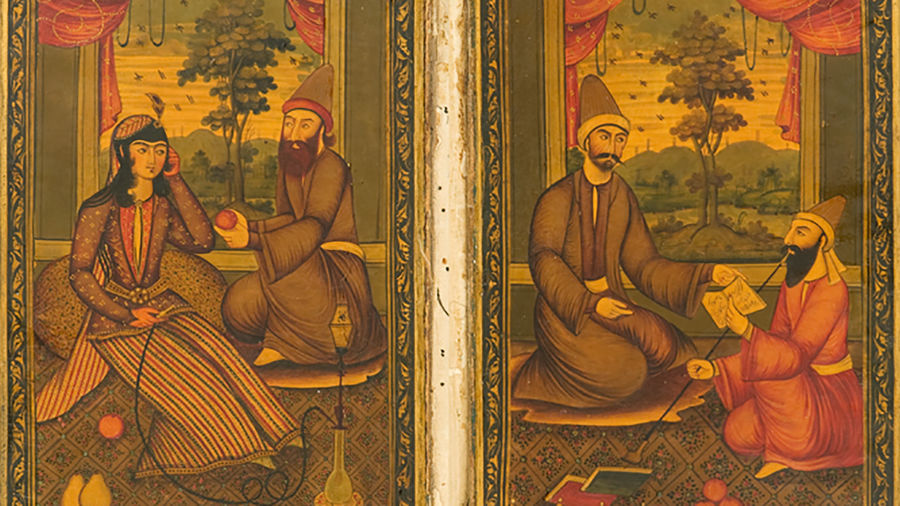 Art courtesy of the Lilly Library at the University of Indiana

Untimely Immigrants: My Family Within and Without, From Brazil to the United States
Fernanda Cunha

Joseph, the lost, will return to Canaan, grieve not
This house of sorrow will become a rose garden again, grieve not

Oh grieving heart, you will mend, do not despair
This scattered mind of yours will return to calm, grieve not

When the spring of life sets again in the meadows
A crown of flowers you will bear, singing bird, grieve not

I felt transported back to the garden in Shiraz that hot afternoon, trailing behind as my cousins led the way to the car. I watched them huddled together, reciting their favorite verses in the same rhythm I recognized from my father’s Hafez readings. I tried to make sense of the sacred experience we all shared, of the emotion that brewed inside of me for reasons I could not name. But their words floated over to me, empty and unintelligible, hushed and cryptic like secrets.

Will baba let me go to the NSync concert? Will I win class president? Will I get the CNN internship? Will my boyfriend propose?

Home may be perilous and the destination out of reach
But there are no paths without an end, grieve not

In a state of absent loved ones and troubling foes
God knows every sentence of your life, grieve not

Even
After
All this time
The sun never says to the Earth,
“You owe me.”
Look
What happens
With a love like that,
It lights the whole sky.

If the turning world does not move with our wishes today
This feeling in time is not permanent, grieve not

Elham is a writer and editor living in Washington, DC. She earned her Masters in Global Communication at George Washington University’s Elliott School of International Affairs and her B.A. in nonfiction writing and political science at the University of Pittsburgh. Find her on Twitter @ekhatami.