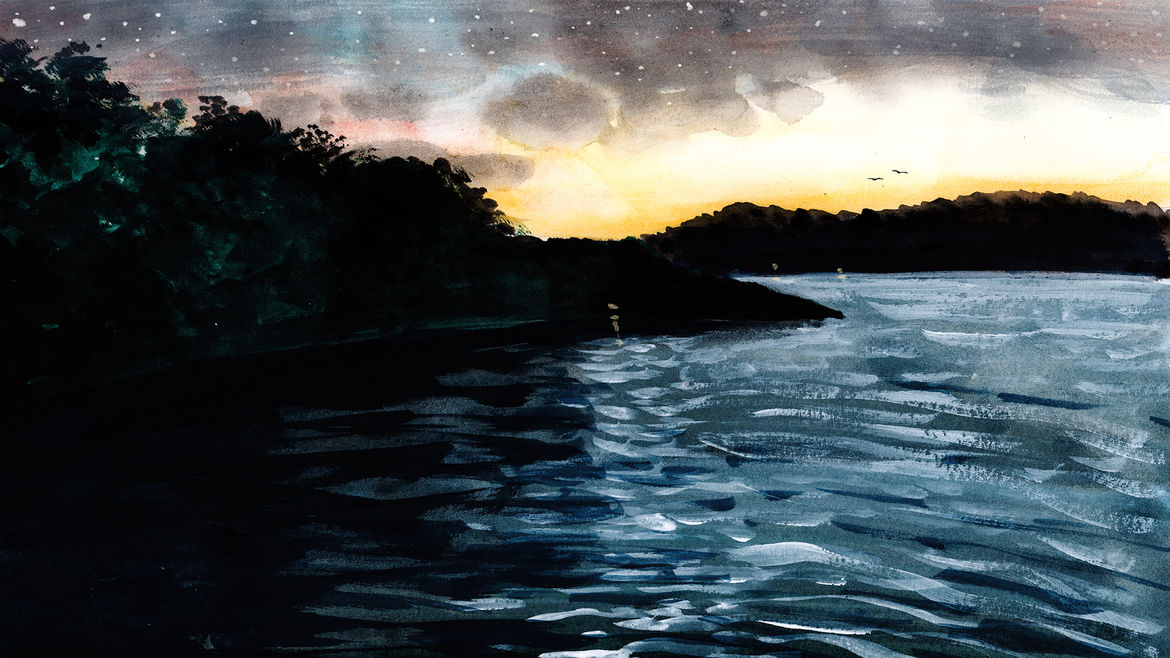 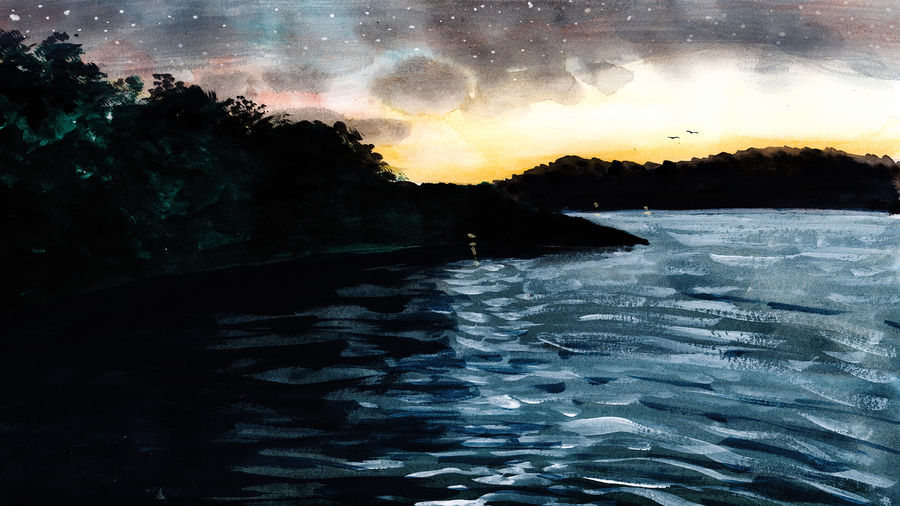 Insufficient Funds, But Plenty of Tooth and Feather
Kate Barss

The Projection of Jupiter in Zoo City
Evelyn Hampton

As December wore on and the twentieth century prepared to melt into the twenty-first, Sam’s dad prepared for everything. He lined the shelves of the basement pantry with a stockpile of saltine crackers and tins of tuna. Like a tidy, methodical pirate, he arranged gold coins in old tackle boxes and buried them beneath the big maple in the yard, a safe distance from the sand dunes. He tested the batteries in all of the flashlights, and he wound the hand-cranked radio. He caulked the drafty basement windows to keep the heat in and the drizzle out. If shit went down the way he thought it would, the plan was to seal themselves inside for as long as they needed to—until the world stopped burning, until the radiation vanished, until it was safe to venture out and look for other survivors.

Her dad stopped talking and focused on hauling the water, tallying it all up to make sure they would have enough to drink, plus a reserve for dousing fires. Sam hung back for a minute and smoothed her hands on her baggy T-shirt, which swallowed the waistband of her sweatpants. She watched her dad work. He seemed nervous, she thought, muttering to himself, sweating through his white polo shirt. It was still spattered with sunscreen that had never come out in the wash—he had clearly slathered it on, but his neck was so leathered that it looked like gooseflesh. His skin reminded Sam of the wild turkeys that sometimes strutted in front of their house. Her dad had had a plan to protect himself, it seemed, but it hadn’t quite worked out. He’d been sunburned, again and again, anyway.

Be careful down there

What happened to you?

Your dad ever tell you to leave that water alone? You oughta listen to him.

Are you the only person who is small?

No! There are lots of us. Mike lives on the other side of the dune. He putters around in the boat whenever it rains. He launches it in puddles.

Pretty much just like being big! You can go home and get anything you want. You just have to splash a little water on it.

Nothing much to be scared aboutThe sky looks even bigger. You just gotta watch out for birds.

Island of the Blue Dolphins

Sam reached into her pocket for the plastic bag full of algae. She had skimmed it from the surface of the water back at the height of the summer bloom, while Johnny shouted precautions from his little homestead. She kept it in the fridge in the garage, where her dad stored the venison they hadn’t gotten around to eating. She had stashed it in a brown paper bag, and scribbled “nightcrawlers” in shaky block letters. It was totally normal to store worms, minnows, and other bait in the fridge; Sam hadn’t worried that her dad would peek inside the bag to confirm the contents.

Jessica Leigh Hester is writer, reporter, and editor in Brooklyn. She is a science journalist at Atlas Obscura, and has also reported for the New Yorker, New York Times, The Atlantic, CityLab, NPR, BBC, and more. She is a recent graduate of the MFA program in creative writing at Hunter College. Find her on Twitter: @jessicahester.

Boys into Men, and Men into Monsters, While I Am Home With the Girls

When you disappeared, three nights ago, I told them you were up north, visiting your mother. Why should I tell them different?

We Can’t Be Good at Everything

He is forced into farcical attempts to catch her attention. Every other moment of his life has been arranged to this purpose, so why should his son’s birthday be any different?