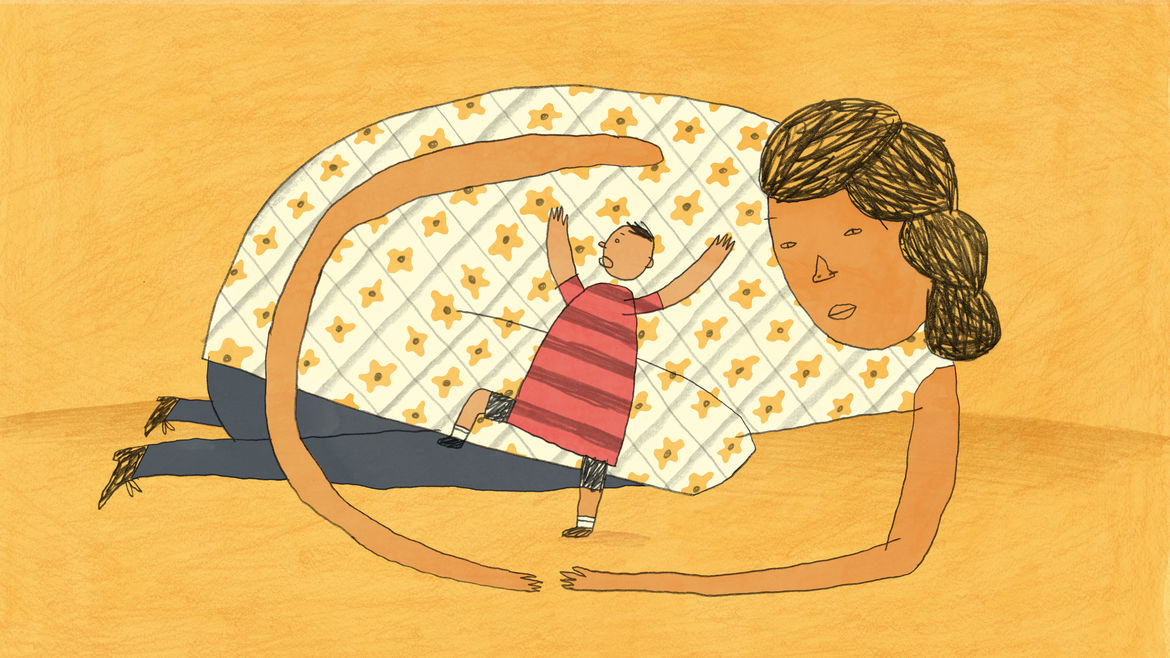 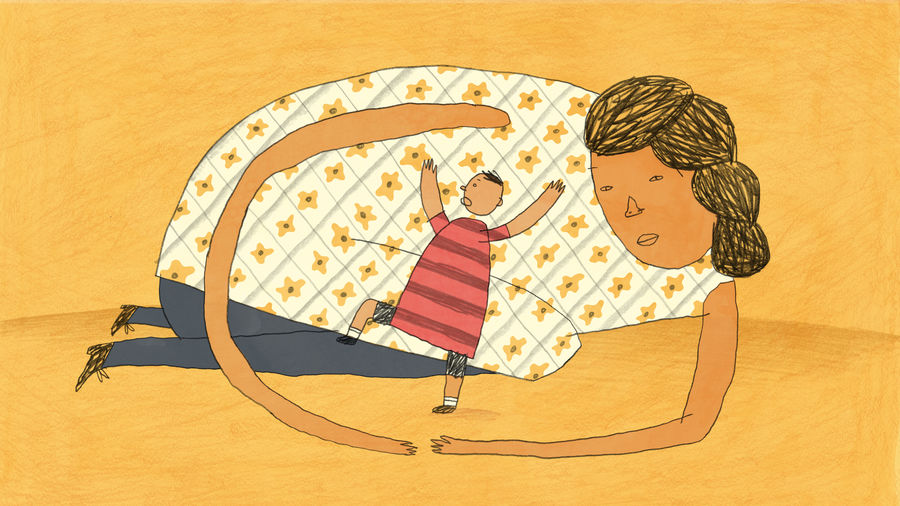 Art by Brian Rea for Catapult

This is a monthly column by Katie Rose Pryal about family life, mental illness, and raising disabled kids as a disabled parent.

Then I start walking toward the fishing pond across the street.

On my way, I spot a flash of blue in the grass, as blue as a robin’s egg. My son’s bike helmet. I pick it up and clutch it to me. I continue walking toward the pond. Six is a good swimmer. I’ve made sure of that. But kids drown, so I have to check. I have to put my eyes on the water, walk the perimeter, check.

I’m almost to the pond when my phone rings. “I found him. I have him.” It’s my brother-in-law. He found Six at my parents’ house. Six biked there looking for his Mimi and Pop-Pop. When he arrived, no one was home because they are out of town.

How can my husband be hit by the same barrage of notices about our children, and not be tortured like I am? This torture is the difference between a parent who has anxiety and a parent who does not. In my mind, one email about math becomes probation becomes expulsion—the path is as inevitable as it is clear. My bayou grandmother, were she still with us, would tell me that I’m borrowing trouble. My psychiatrist would say that I’m ruminating. All I know is that when an email arrives from school, I’m out of sorts for the rest of the day, unable to work or even to think about anything but the ugly potential consequences that my mind creates, each one a small, poisonous gift.

For years, the calls and emails were so frequent that my husband had the school put him down as the primary contact. He filtered through notices, only sharing the direst ones with me. We didn’t think we’d need this special plan with our kids’ new school. We were wrong.

Every time I get a notice about something someone thinks my child has done wrong, again, I want to rip my family away from here, wrap myself around them like a giant raptor with wings the size of the world, fly them to a place where no one lives but us, and nestle them there, where they can grow and learn and become the people that they will be. There, they can thrive.