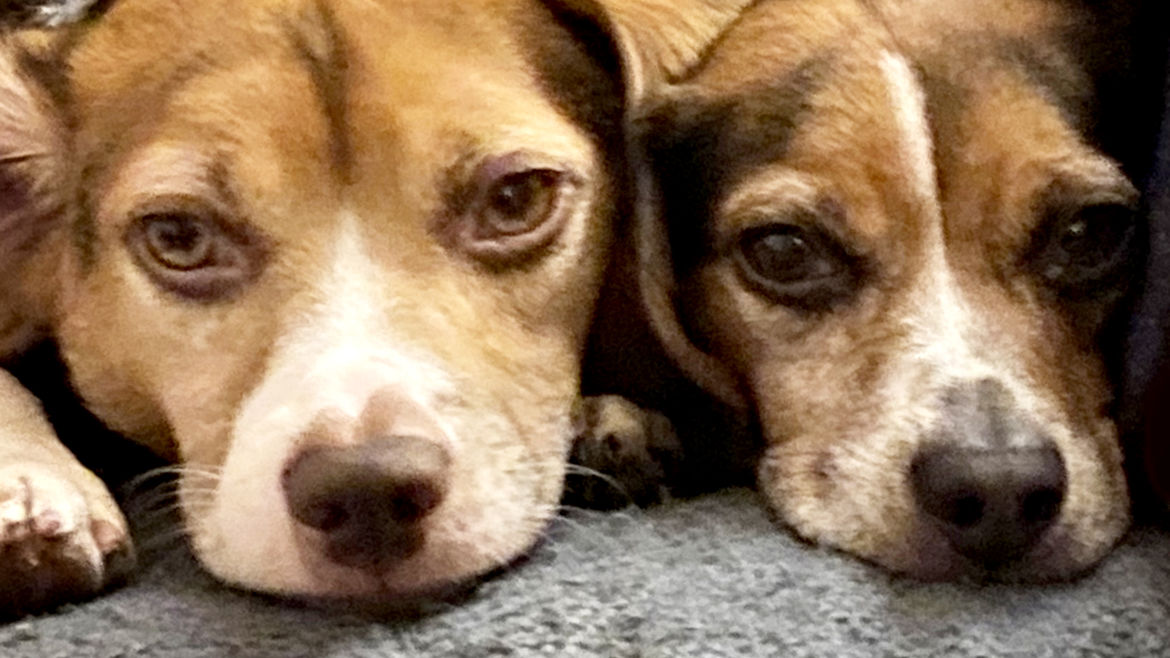 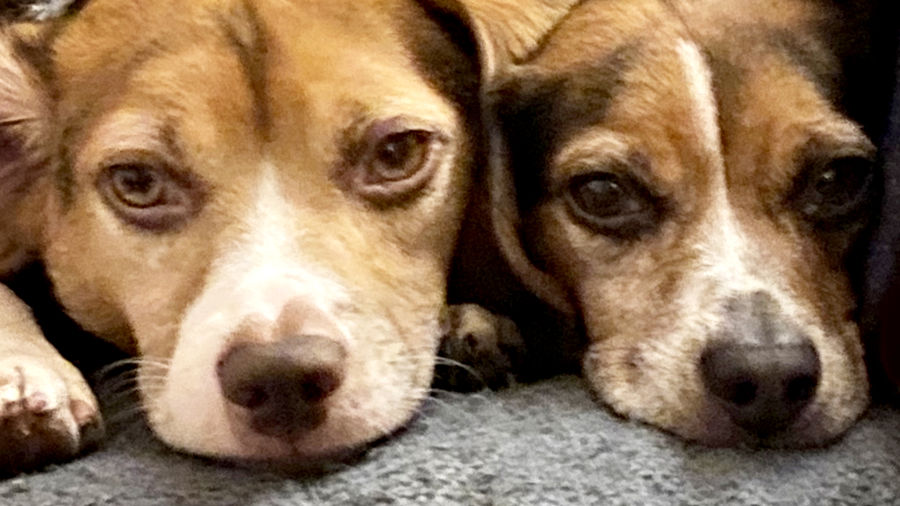 Even before the pandemic, we’d stopped having people over to the house. It’s become a doghouse that allows a few humans to stay there.

He greatly enjoys playing a game with Stella that we call “Lion and Gazelle.” It’s quite straightforward: He’s the lion and she’s the gazelle. They tear around our cluttered downstairs at top speed with many hairpin turns, much growling and darting and leaping, until he, twice her size, catches her and pins her down and gnaws on her hind leg for a while. She lets him, quite cheerfully. There’s another activity, less boisterous, where he sidles up next to her when she’s resting and chews vigorously on her ears, as if they’re beef jerky, slick and leathery; she cheerfully allows that too.

Claire Messud is a recipient of Guggenheim and Radcliffe Fellowships and the Strauss Living Award from the American Academy of Arts and Letters. Author of six works of fiction including her most recent novel, The Burning Girl, she lives in Cambridge, Massachusetts, with her family.