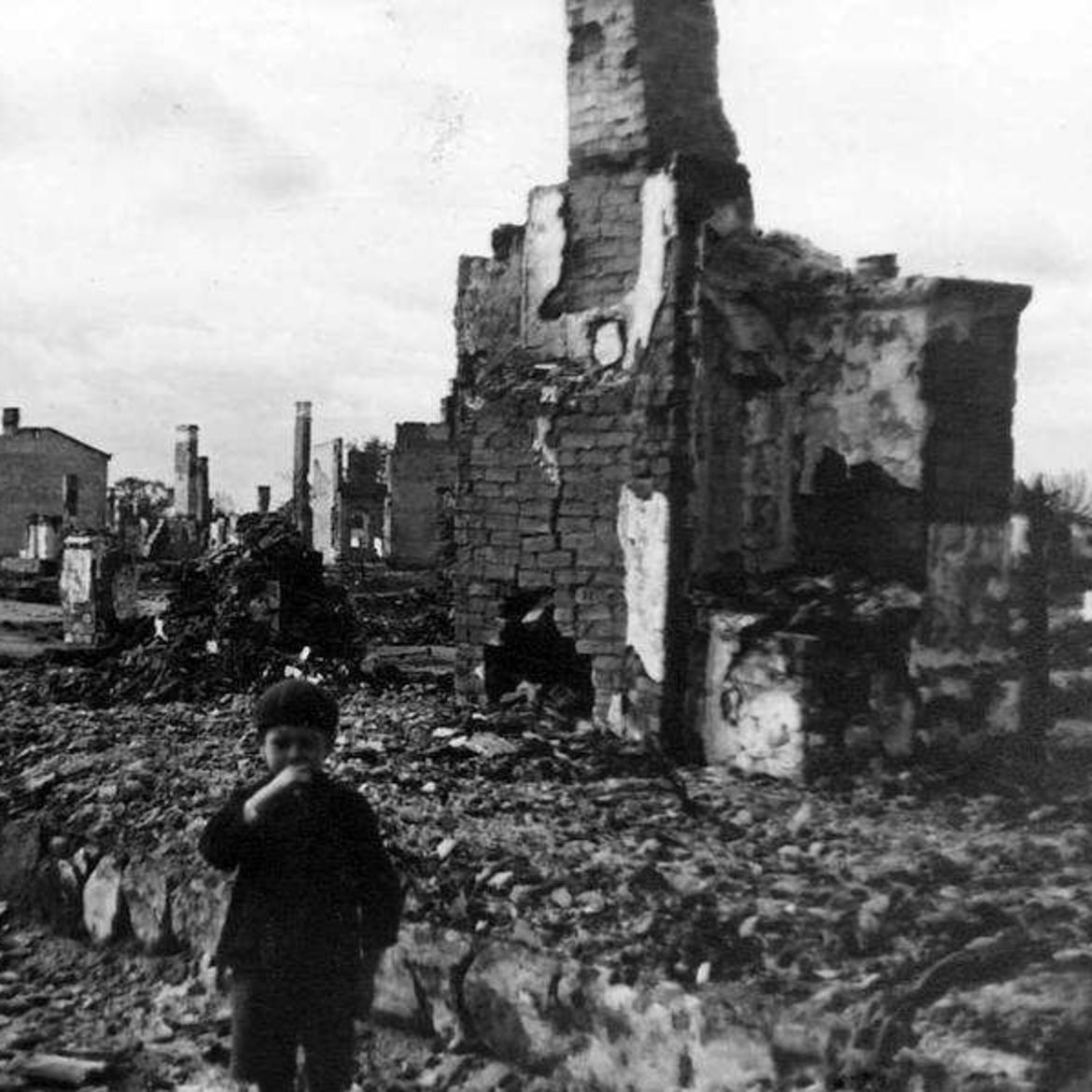 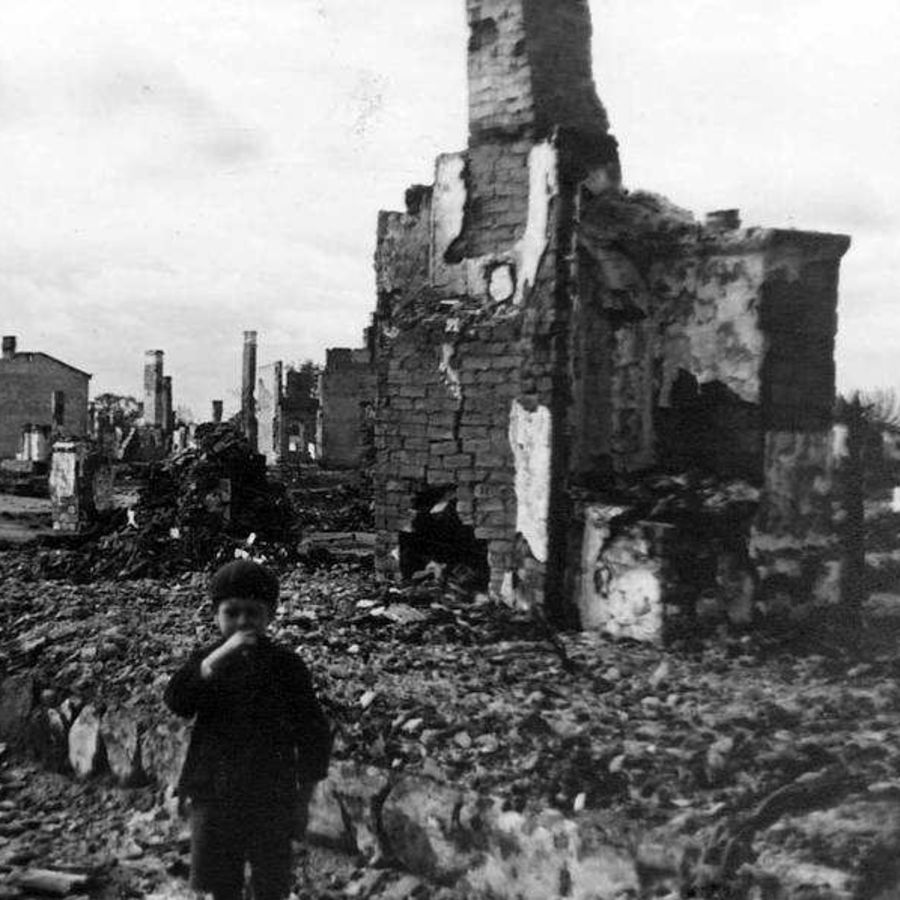 If I collect Oma’s memories, if I truly remember my grandmother, I too can retain what is slipping away.

There are some memories there, in my brain. I can see part of the house if I think about it. And the farm across the street. We went back once, after the war. With whom did I go there? There was something there like a closet that looked like it was supposed to be a house. Someone was living there. It was horrible. It was like a box. I don’t know why she was there or who she was, but I remember how awful it was. That was in Lomnitz. No, it was Görlitz, where my mother grew up, in my grandparents’ house. No, that’s completely wrong. It was in Lomnitz. It was in Lomnitz.

The shops were empty. It was terrible. I vaguely remember on this trip, there was a dead horse that people were butchering, and everyone got a piece of the meat there. We were all lost. We were all refugees. We were not in our homes.

And on the whole trip, you saw dead people, and dead equipment. Dead people and some people that had flies all over them and they were stinking. All the dead, rotting people. Dead horses. It was pretty horrible.

My Mutti, they put her in a home when Vatti was dead. Somehow, I have the picture in my head, that she was in a bed in the corner of the room, and it was just horrible. And I don’t think I was ever there, but it is sitting in my brain.

It’s lonely. Everyone is dying. My brother died. My husband died. My mother died. I remember seeing my mother for the last time, she was in a hospital and had a very small bed in a corner. It was horrible. She was getting smaller and smaller.

The Russians, they would go through destroying things, beating people up. It was no good.

Liesel Hamilton is currently in the midst of a project exploring familial and cultural memory, for which she traveled through Germany through fellowships and grants from George Mason University and the Alan Cheuse International Writers Center. She is the co-author of Wild South Carolina, published through Hub City Press, and has had work featured in Fall Lines, where she received the Broad River Prize for Prose.

On autism, misfits, and neurodiversity