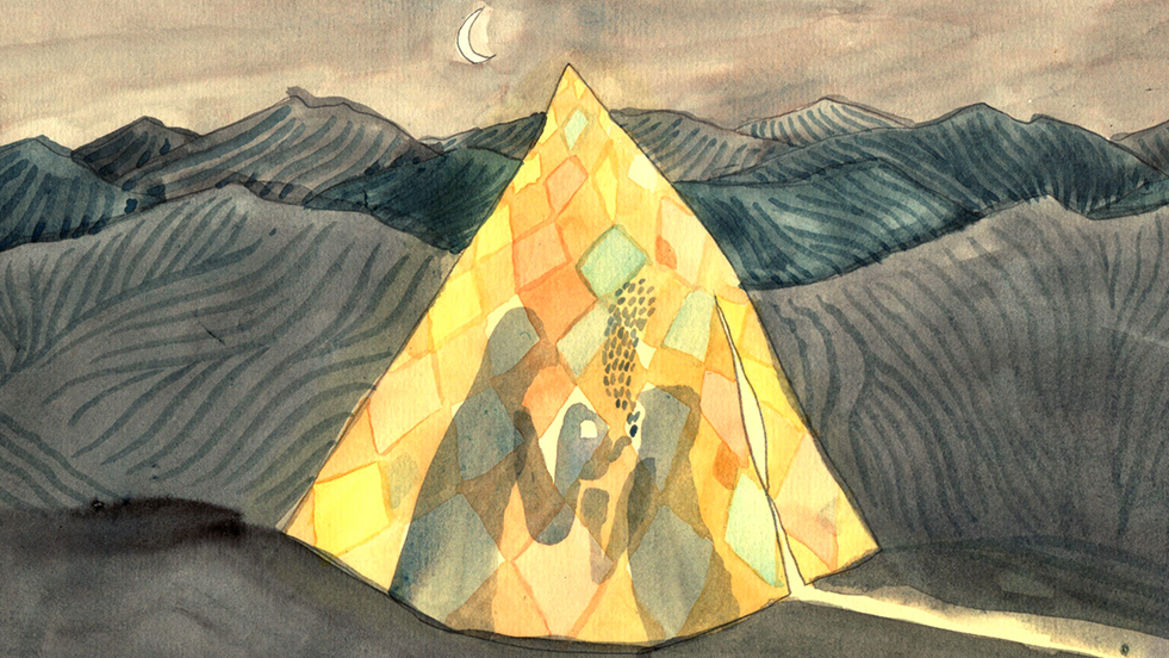 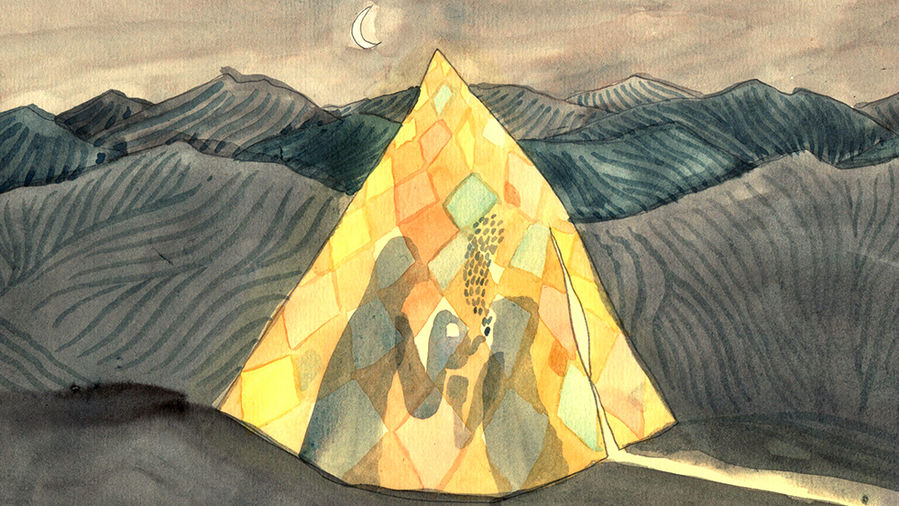 Illustration by Tallulah Pomeroy for Catapult

The sky was a tightly woven blanket of stars pulled between mountains. The air felt light and clear when the boy put his head out of the flap of the tent. He sat there, body warm inside and face cool outside, smelling the waxy plants. The fabric of the tent was rough against his neck.

At first, the boy had slept on Arno’s bed and Arno had gone on the floor; then when the boy was healthy he’d slept on the floor; it had been a time when he wondered if he should go his own way. It was a good moment when they’d come to a little town tucked in the mountains and Arno had asked a shepherd if they could have some raw wool, then sat with the boy and sewed it roughly into a mat like his own. That was how he knew he could stay. Now the boy carried it strapped to his back along the hills. He loved the way it smelled. Like oil and woodsmoke. He laid a blanket over the top, and sighed comfortably. The fire made quiet sounds, and the wind pulled and tugged outside.

But Arno had to move. He always had to move. He would go back to the same place if he had to, but mostly he liked to stay a couple of weeks at most and move on. He didn’t say why. Now they were going to Africa. Arno had found a man in the harbor who said he would take them across if they helped him sell fish on the other side. An old man and a scrawny boy don’t make heavy cargo, the boatman had said. Often people helped them out. Arno had the kind of way about him that inclined people to kindness. He’d ask quietly and smile his creased smile.

So everything would change tomorrow, the boy thought, suddenly aware of the shape of his body in bed, the tingles that made up his legs and feet when he couldn’t see them. But everything changed all the time and still it stayed the same, so it didn’t make much difference.

Tallulah Pomeroy is an English illustrator and writer. She graduated from Falmouth School of Art in 2014. Hallelujah I’m a Bum, a book of Callie Garnett’s poems and Tallulah’s illustrations, was published by Ugly Duckling Presse in 2015. Her poetry has been published in Daniel Owens’s magazine Poems by Sunday, and Coldfront magazine. She now lives in Somerset.

No Holiday for Psychics

The true crime books made it worse. My mind got to be a blender of murders.