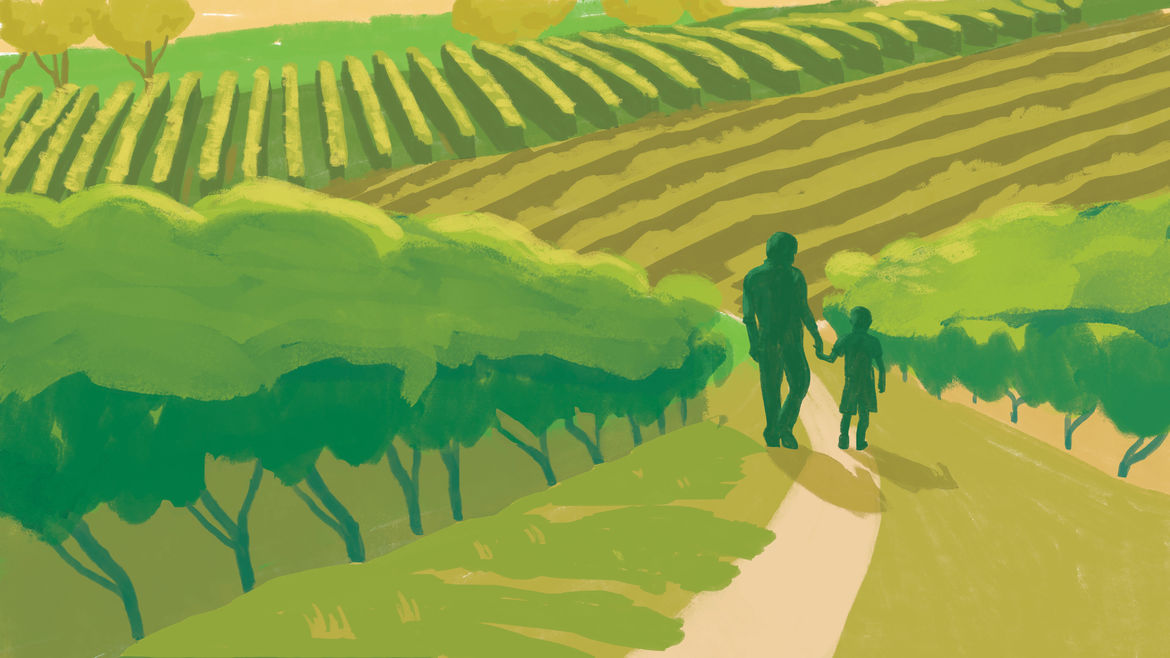 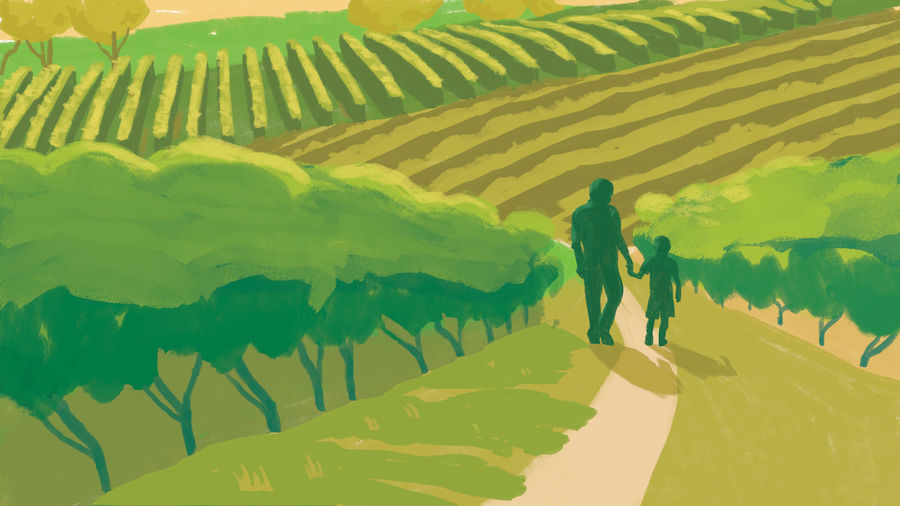 The Writer Is In
Adrienne Celt

Starting in March, on the occasional Saturday, my father would take me along when he visited the grapes. He woke me before the sun rose, creeping into my room without turning on the lights and shaking me lightly, taking care not to wake my younger brother, who slept on the other side of the room. We would trundle into the kitchen in our pajamas. My mother would greet us there under the soft light of overhead lamps and hand us bagels—one day old, warmed in the toaster oven, and spread with cream cheese—for the car. We would only go on weekends when my father wasn’t on call at the hospital. For two or three years after my parents started the winery, but before he took his pager off on the weekends, the tiny, olive-tinted screen on his hip would sometimes buzz and glow when he was on call, the messages a sudden end to plans made over earlier bowls of Captain Crunch. They fit a pattern: patient inbound, PET or CAT or some other scan needed. But on other weekends, at least some of them, the two of us would wake early and drive north toward Santa Barbara.

Adin Dobkin is the author of Sprinting Through No Man's Land. His essays and reporting have been featured in New York Times Magazine, The Atlantic, Catapult, and The Paris Review Daily, among others. He received his MFA from Columbia University.

When Your Body Is the Lesson: On Art Modeling

In practice, this gig is easier than expected. It’s my mind that throws me off.