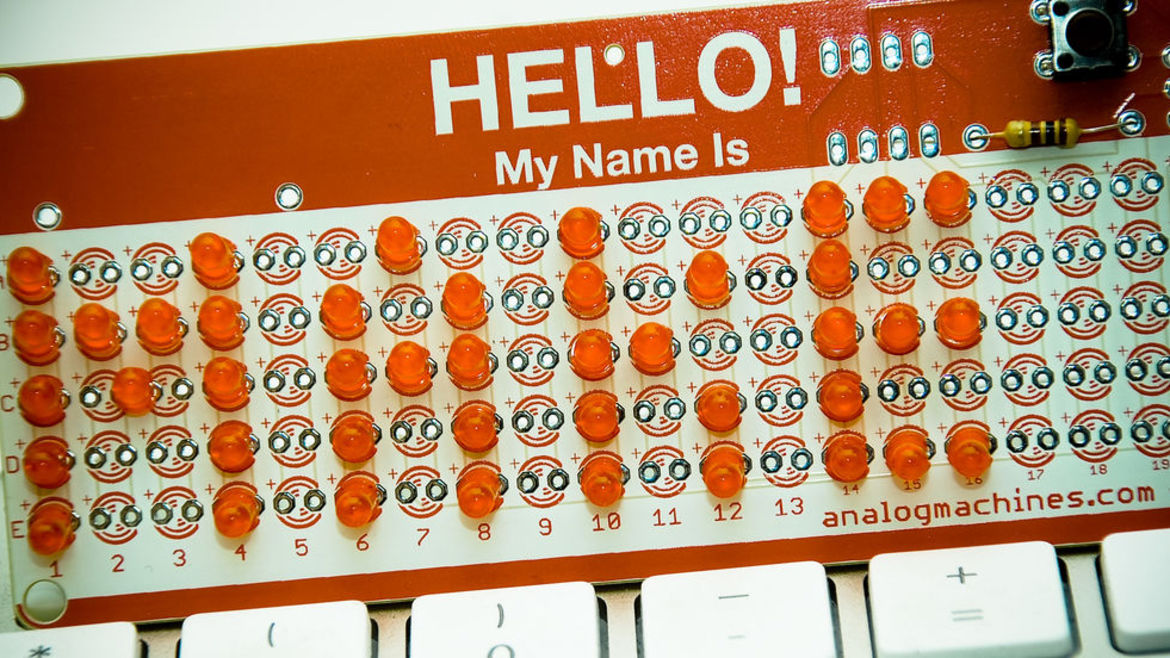 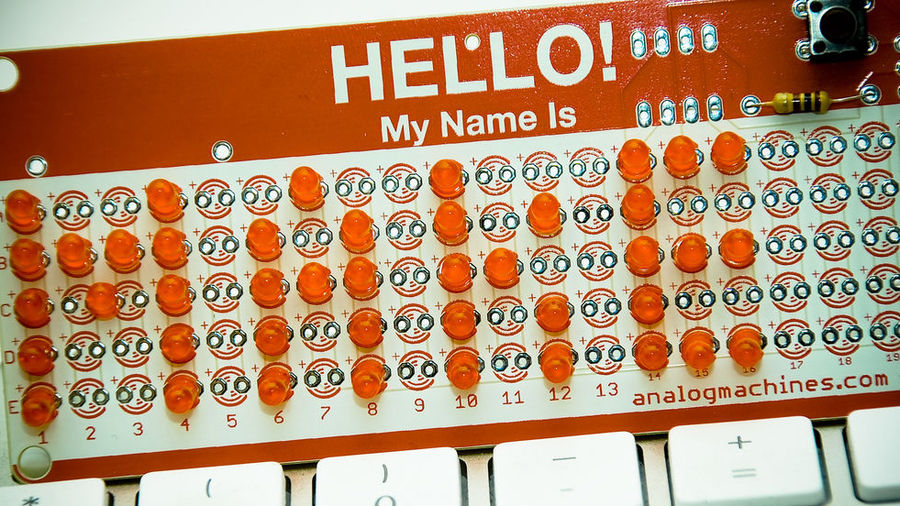 The Armenian Community I Carry in My Vietnamese Heart
An Uong

Democracy, do your homework

My mom’s name is Shirley, but she was originally named Shelly [sic], after the poet. Her father was a professor and studied British literature, and named her Shelly. But her father died in war when she was only three months old, so her mom, my grandmother, renamed her Shirley because she thought Shelly was a boy’s name. She named her Shirley after Shirley Temple.

My dad chose his name based on GI Joe. I think.

My uncle Eric chose his name because he liked the way the letter E looked in cursive, especially since the brand General Electric has this big neon sign in Hong Kong. So he looked at the names that began with E and chose Eric. He also got his first job from a man named Albert Gordon, so he named his kids (two boys), one Albert, and one Gordon.

My aunt Zarina wanted to have a name that started with the letter Z. That’s it.

People my age had a chance to choose an English name in school. Lots of schools handed out lists of common English names and had you pick one for English class. You were encouraged to pick a name that sounded close to your Chinese name; for me, Zhen is close to Jayne.

Wherein I muse on band names

My ankles are being bitten by mosquitoes. It’s sunset in the Catholic dive bar that sits hidden on the first floor of the crumbling stone building with the balcony view of the market down below. All across western India, Ganesh Chaturthi is about to begin—the festival in which the fun-loving, sweet-toothed, elephant-headed god, Lord Ganesh, Remover of Obstacles, is venerated, fed, bathed in milk, and, finally, after one-and-a-half or three or five or seven or nine or eleven or twenty-one days of worship, taken to the nearest tank or river or beach with much fanfare, firecrackers, singing and dancing, in order to be immersed.

Pre-Ganesh shopping is taking place all around. I can only describe the scene as a tropical pre-Christmas on acid. Monsoon is not yet over. I order a gin and tonic and keep watch on the darkening, thickening sky. Even though the quinine content in tonic is considerably less than it was in colonial days, it still has the required anti-malarial effect, and though a G&T on an English summer lawn is pleasant, there’s nothing like gin and tonic at sunset in a Catholic dive bar in an Indian market town.

Gin first appeared in Holland, of course. The phrase “Dutch courage” refers to genever, its eighteenth-century Dutch precursor, drunk before battle on account of its calming effects. I always thought the phrase meant the Dutch were cowards and needed alcohol to be brave, but it means they were smart enough to have found a drug that steadied their nerves before killing. For years the Dutch have been unfairly maligned in my imagination.

Meanwhile in the bar, the sun has gone. The market is throbbing and glowing in so many colors; of saris, bare bulbs in shops, flashing multi-colored lights of vendors, the neon strings of lights draped across the market buildings. On days like this, with all the fluorescence in the hot dark night, the horns and the music, seeing the madness of the auto-rickshaw driver firing off rounds from his cap gun into the sky as he does a jig, a policeman grinning at his side, the crowd in the market behind rippling like the grass of a paddy field, I can’t help but marvel at how goddamn trippy and ecstatic the Hindu religion is.

I asked the people in our village how they named their kids. Ciriaco, a Catholic rice farmer, says his grandma named him back in the Portuguese days. He doesn’t know why. His daughter is called Jocelyn. Why? “I don’t know, my wife named her.” Everyone laughs. I turn to Siddhartha, who owns the liquor store where Ciriaco buys his beer and I buy my milk and gin, to ask why he named his kids Om and Sai. He laughs and directs me to Pragati, his wife, playing with eight-month-old Sai behind the counter. “Because I like them!”

Ujwala loves Ganesh. Her eyes dew up with devotion when she speaks of Him; to her he is as real as I am, perhaps more so. Ujwala used to work as a medical lab technician, testing blood. Right now she looks like a teenage girl. “Let me tell you. There was a gap of eleven years between the first and second child. I prayed to Lord Ganesh for a daughter. He gave me a son. But the important thing is, he gave. So I wanted to thank him, and say his name every day.”

What I’m saying is that the practical is political

Ganesh Chaturthi is the biggest festival in Bombay. Much like Delhi and Diwali, or Calcutta and Durga Puja, Ganesh and Bombay go hand in hand. Or, I should say, Ganesh and Mumbai, since Bombay, so redolent, still echoing, is no more.

The name was changed in 1995, at the behest of the local Hindu nationalist/nativist party, Shiv Sena, who had taken power in the state. Bombay, they argued, was a relic of the colonial past, an anglicized bastardization of its true name. Many say the city of Bombay died even earlier, though, between 1992 and 93, with the murderous Hindu/Muslim riots and subsequent bomb blasts orchestrated by Dubai-based Muslim mafia dons, which ripped the city apart, shattering its cosmopolitan, co-existent, internationalist ideals. The change of name was merely the logical conclusion.

And area names are often changed, depending on which party is in power and who they venerate. When the new city of Greater Noida was planned, an enterprising civil servant named the area after the Greek alphabet, so as to discourage such acts. This is why you might drive from Sector Gamma to Sector Chi.

Then there are street names. In Delhi last year, the famous Aurangzeb Road was changed to Dr A P J Abdul Kalam Road. Here a “bad Muslim,” the “cruel” seventeenth-century Mughal Emperor, was replaced by a “good Muslim,” the late, much-loved, ex-President of India. Preceding the change, a Hindu Nationalist MP declared the move would “correct the mistakes made in our history.”

Here are some of the names that my family, in their WhatsApp group, loved but ultimately rejected.

Do you notice anything? A common thread?

“Nice names,” a cousin texted back. “But what about airport immigration?”

Suddenly I’m in a world of glass, metal, sterile lighting, tension, tiredness without end, paranoia. A no-man’s-land so far from a market town where all life spills out. A world of silence and queues and yellow lines. It’s 2036. I am my nephew, twenty years old and traveling alone. I have one of these names. I reach passport control. I’m asked by unsmiling men and women to step into a private room for a chat.

Deepti Kapoor is an Indian writer. Her debut novel, A Bad Character,  was published by Knopf last year. She's currently writing a multi-perspective narrative about an American yoga student who goes missing in India.

My Indian Passport Is a Bitch

“How many Indian backpackers have you met?”

How to Stop Saying Sorry When Things Aren’t Your Fault

In Hindi, you don’t say ‘sorry;’ you ask for forgiveness. So, growing up, I made the mistake of apologizing for who I am.