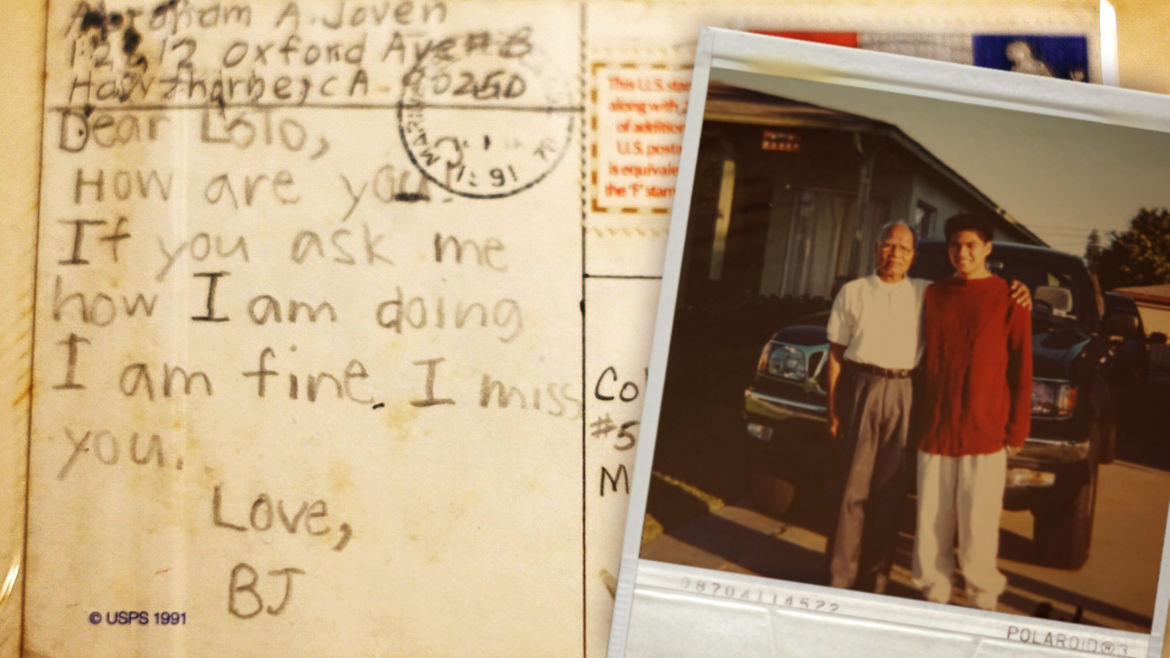 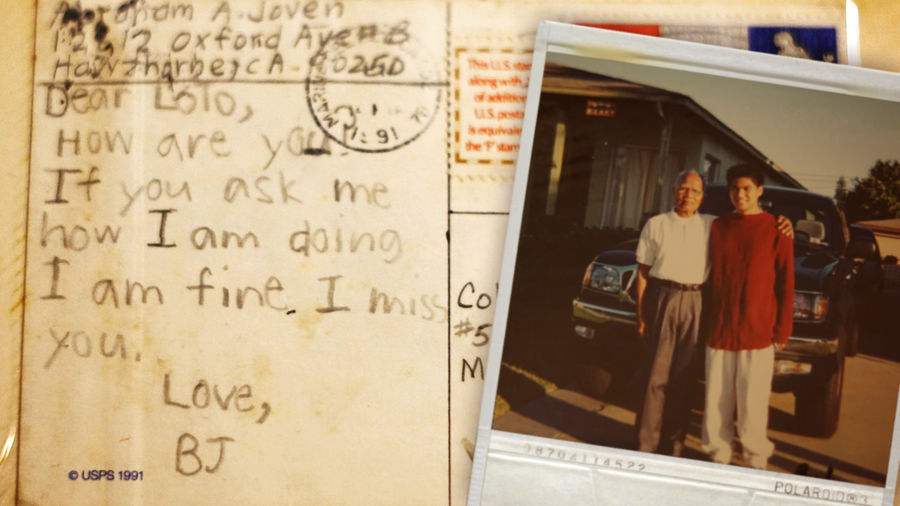 Postcard and photograph courtesy of the author

Dying in America, or How to Become Completely Invisible
Bailey Cook Dailey

After Sitting Shiva in the Pandemic, What Comes Next?
Rachel Zarrow
Places | Family | Grief

After Jose Rizal
For Lolo, who taught me how to be a father

“Farewell,” I imagine you said to your daughter.
Though you had others, I look at mine,
With her mother’s nose but my mother’s eyes,
And I can only imagine the way your heart
Must have fractured and the words stuck

On the part of the tongue that goes wide
And swells when you carry grief
And, Lo, I feel that heaviness now.
I’ll feel it forever, I think.
I pace the catacombs of my mind
Wishing I’d kept the memories filed
In an orderly fashion. Like you’d have.
Instead they’re tucked and hidden and
What I’d give to be able to walk across the ocean

Of time and right back into your arms.
To have you call me, Jay . . .
To eat the rice cake you bought me, together.
To ask how to do all of this ’cause
All of this seems to be just too much.

My daughter, your apo, is growing
Too fast and soon enough I’ll have
To learn to let her go
To love her like you loved my mother
To learn to say
Farewell

And know that loving
Means someday having to say goodbye.

I wonder a lot about you. Like what your name would have been if you stayed, at least a week or two until your naming ceremony was done.