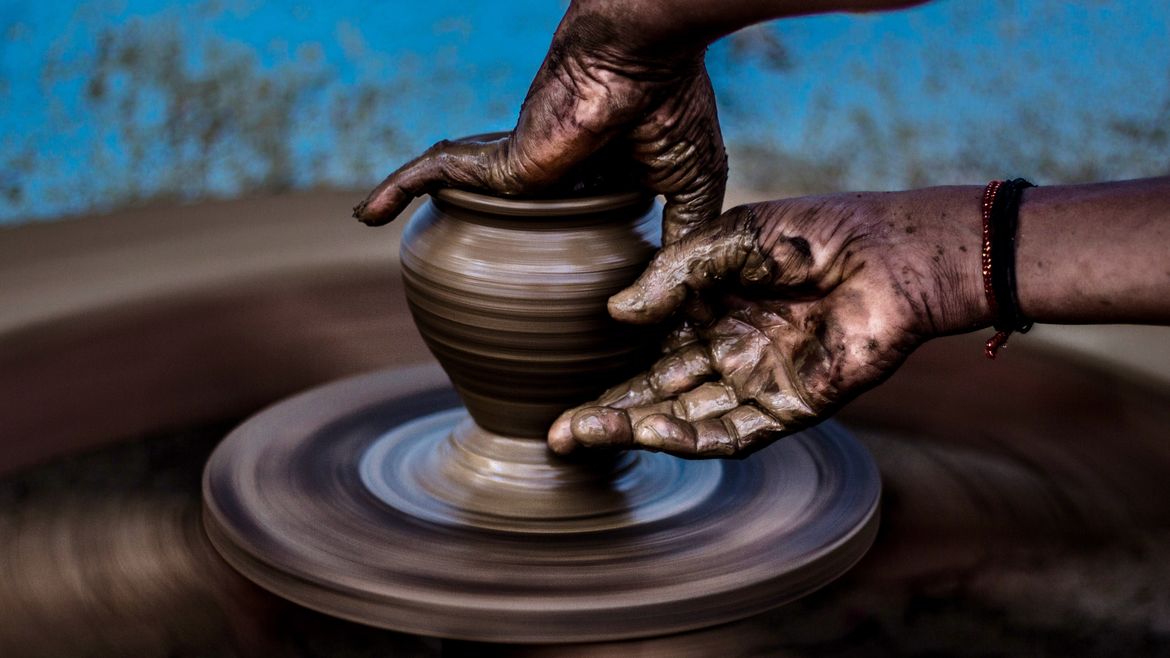 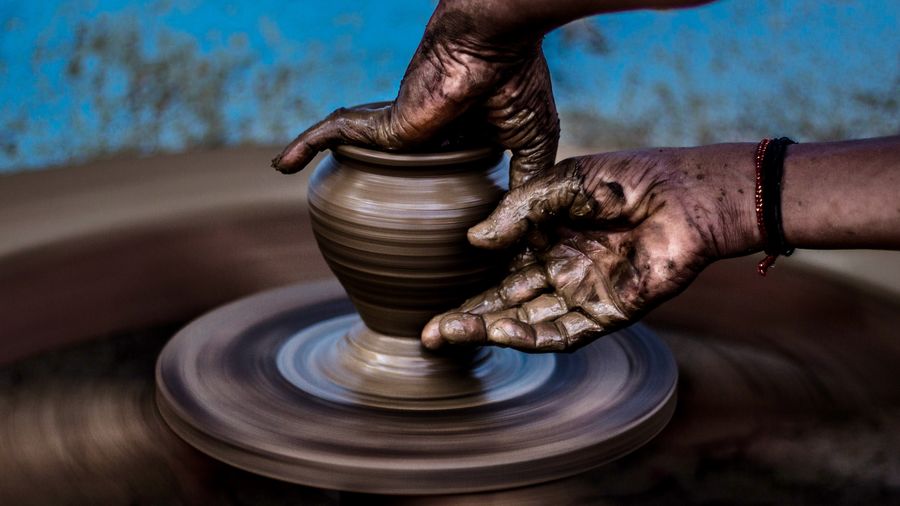 The Sleeping BeautyIn times past there lived a King and Queen, who said to each other every day of their lives, “Would that we had a child!” and yet they had noneThumbelinaThere once was a woman who wanted so very much to have a tiny little child, but she did not know where to find one. So she went to an old witch, and she said: “I have set my heart upon having a tiny little child. Please, could you tell me where I can find one?”

At the first class, the teacher showed our small group how to pinch off some clay and knead it until it was pliable. Once it was ready for the wheel, it was time to center. You take your lump of clay and smack it down in the middle of the wheel. You then cup it between your wet hands and as the wheel spins you form the lump into a dome. If you don’t center the clay properly, it will show in your finished project. Your pots will be off-kilter; they will warp, or worse, collapse into a wet pile of clay so that you'll be forced to start over again from scratch. Our teacher demonstrated a few times and then made us try.

I’ll figure it out by the third classNo, the fourth

VitrineOh, there you are! Come, let me warm you up.

it is now your turn; you are blessedxy

Henry Ford HospitalWhile the painting depicted a miscarriage, I could easily relate my experience with infertility to it. The assortment of objects was a more accurate way to describe what goes into conceiving a child when you can’t simply rely on divine order.

But my favorite stories were never fairy tales, anyway. I’ve always preferred the circuitous ones, the ones with plot twists, minor characters and surprise endings where happiness isn’t a guarantee, but a privilege. And so, despite acknowledging that good fortune had a part in the conception of our daughter, I don’t think I can say it was a miracle. It was more than that.