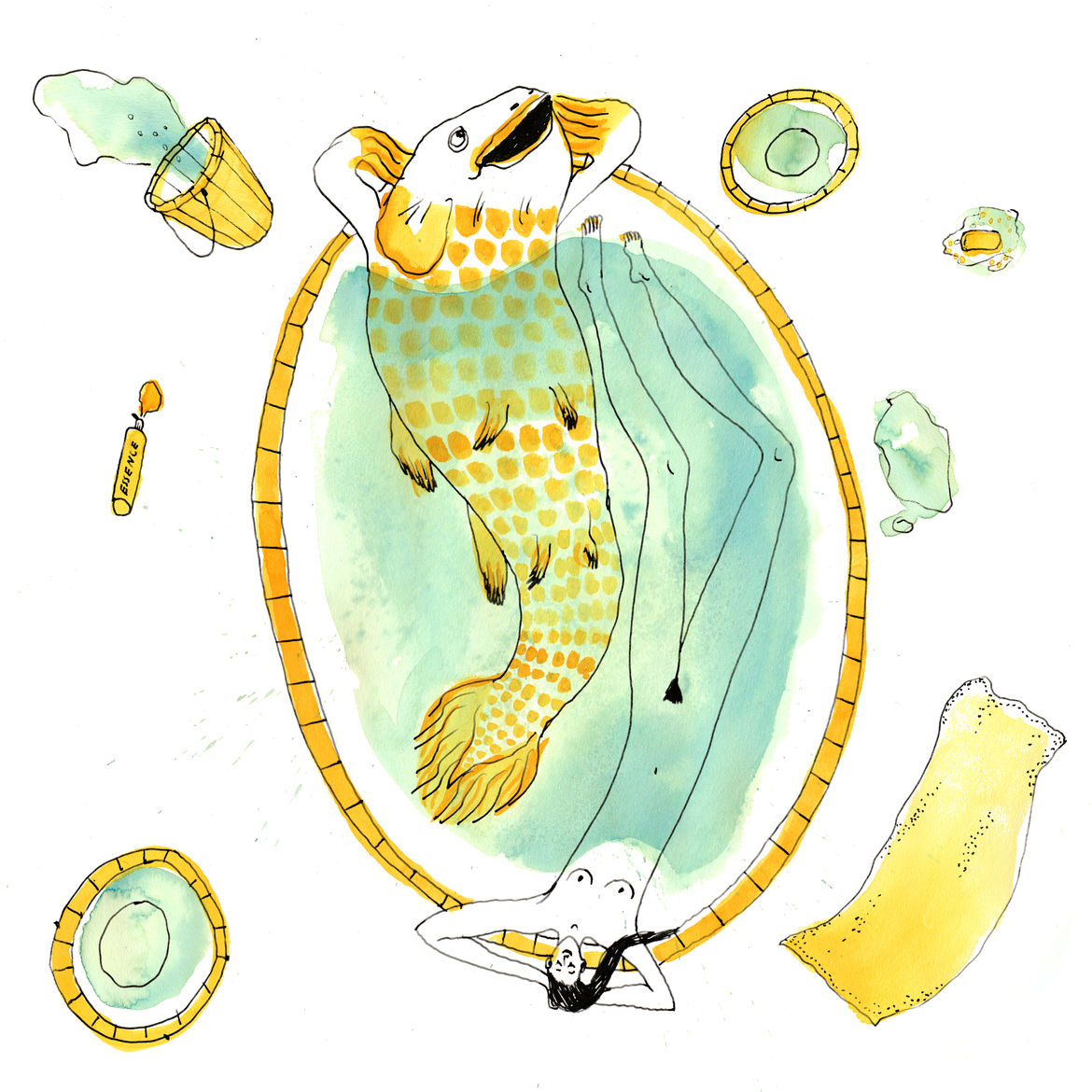 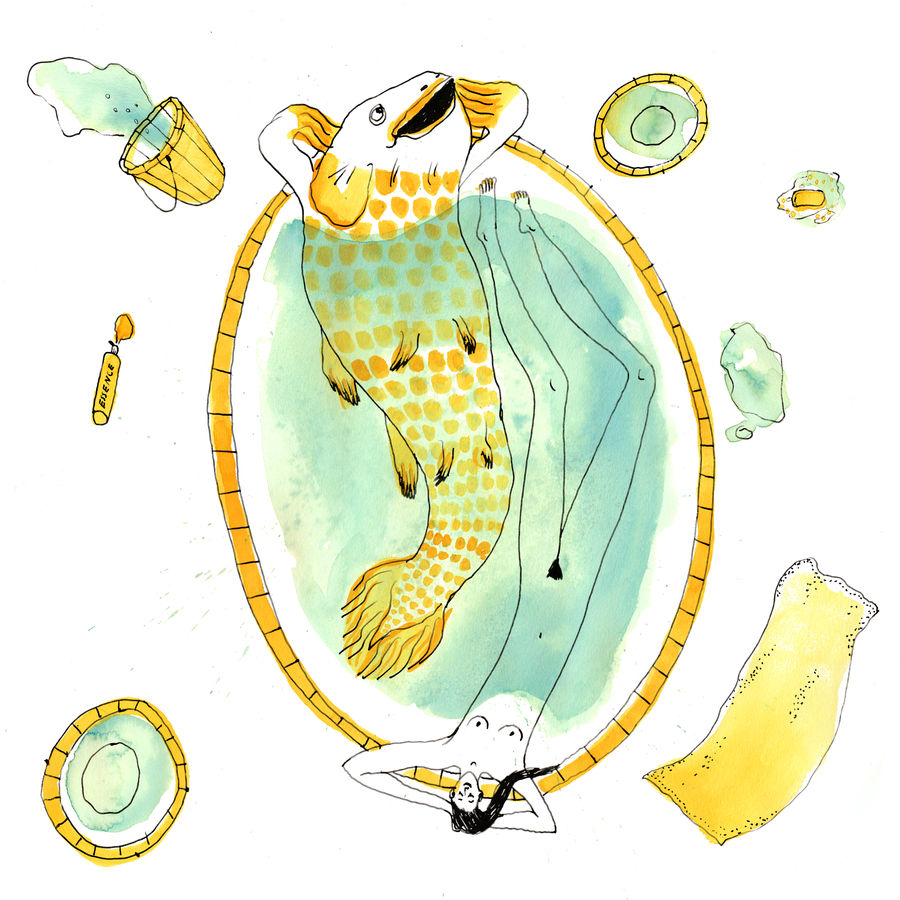 “The reason I am lonely, the amoeba thought, is that I am totally alone. So it had sex with itself and made another amoeba.”

One day, there was a light. The light hit a rock.

The light filled the rock with life, and it began to produce more amino acids, and grew larger and larger. It grew so large that it became unsteady on its feet, and its body became soft and fluffy, until it could no longer stand on top of its cliff, and toppled off.

The rock fell into the sea, and became an amoeba, and the amoeba began swimming around.

It was quiet in the sea. The only thing the amoeba could hear was the lapping of waves far above, and the bubbling of volcanoes far below.

The amoeba was lonely. It swam for a very long time. For about a thousand years it swam, circling the land endlessly. The reason that I am lonely, the amoeba thought, is that I am totally alone. The amoeba wanted other people around.

As time went on, the amoeba began to think that maybe sex was not something you were supposed to do by yourself, but rather with others. So it tried attaching itself to another amoeba and having sex that way. And so a child was born.

The amoebas’ child grew into a fish, and swam for five million years. The fish didn’t only swim in the sea – it swam in the rivers as well.

The fish’s child became a coelacanth, and one evening the coelacanth tried climbing up onto the land. It waggled its fins, and crawled along with a slapping sound.

The moon was full, and there were so many stars that they seemed to fill the whole sky. At that time, there were no towns to give off any light, and so the night sky was bustling with activity.

‘The stars are so beautiful! What is a dirty, ugly creature like me doing here under a sky this starry, this magnificent?’ The coelacanth folded its fins behind his head and lay back on the rocks, looked up at the sky, and fell into thought. As it was thinking, it learned to breathe using its lungs.

Then the coelacanth laid an egg, and a frog hatched out of it.

The frog gave birth to a dinosaur.

After a time, people didn't feel satisfied by these gestures, and they began to make noises, like ‘Ah’ and ‘Oooh’. And so, language was born.

Once people had language, they began to give each other names.

Yamada made a living by working in the fields and rearing cattle.

One time, there was a big flood. Yamada got on a boat with a boy and some cows and pets, and for a while they all lived together on the boat. They had a lot of free time on their hands, so they began playing the piano and the guitar. And so music was born.

Yamada had sex with the boy, and they had a child. They called it Tanaka. Tanaka’s parents were always playing music, and Tanaka grew sick of them. After the water subsided, Tanaka ran away from home. Tanaka went to live alone in a cave, and painted on the walls. And so art was born.

One time, a girl came walking into Tanaka’s cave without asking, and said, ‘Wow, what’s all this? Did you do these?’

‘You’re really good!’ the girl said. Tanaka was so happy at having had the pictures praised by the girl that they had sex, and then, when they were lying in bed, they started telling each other stories. And so stories were born.

With five hundred of them now running around, people started saying that the earth belonged to humans, and that they could do anything they wanted. This sense of omnipotence began to spread, and people started building a tower. When the tower was finished, it was struck by lightning, and suddenly the five hundred people stopped being able to communicate with one another. Every one of them spoke a different language, and people grew estranged from other people who didn’t understand what they were saying, and only people with relatively similar languages would flirt with one another. As they went about their flirting, they started establishing countries together.

Each country had its own political system, and was separated into rulers and slaves.

Most of the slaves in Japan were farmers, and they grew rice.

Like Yamada who had lived many years earlier, Sato made a living in the fields. The rice that Sato grew was really good. Sato lived for 250 years and then died.

Sato’s child was called Takahashi. While Takahashi was alive, Japan ended its period of isolation, and opened its doors to people from foreign nations.

Itoh gave birth to Kandagawa. Kandagawa worked in a company. Kandagawa did not have any children. Kandagawa lived in apartment with her boyfriend. Kandagawa threw a red washcloth around her neck like a scarf, and went out to the public baths in the backstreets with her boyfriend. While she was bathing, she stretched out her legs and remembered how, in the past, she used to be a fish. When she looked at the painted nails of her feet that were sticking out of the bathwater, she thought they looked like fins. Kandagawa splashed her feet. She folded her hands behind her head, looked up at the steam, and fell into thought for a while.

translated from the Japanese by Polly Barton

Nao-cola Yamazaki
Nao-cola Yamazaki lives in Tokyo. In 2004, she was awarded the Bungei Prize for her debut novel, DON’T LAUGH AT OTHER PEOPLE’S SEX LIVES. “A False Genealogy" is taken from the collection LOGIC AND SENSITIVITY AREN'T INCOMPATIBLE. Her latest release is ANTI-LIFE.
+ Follow

“I ran into my father three years after his death. I was on my way to the library.”

Bluebells: A Russian Short Story, Here for the First Time in English

“If you put them in a jar will they wilt overnight?” Junior Lieutenant Volodya asked.