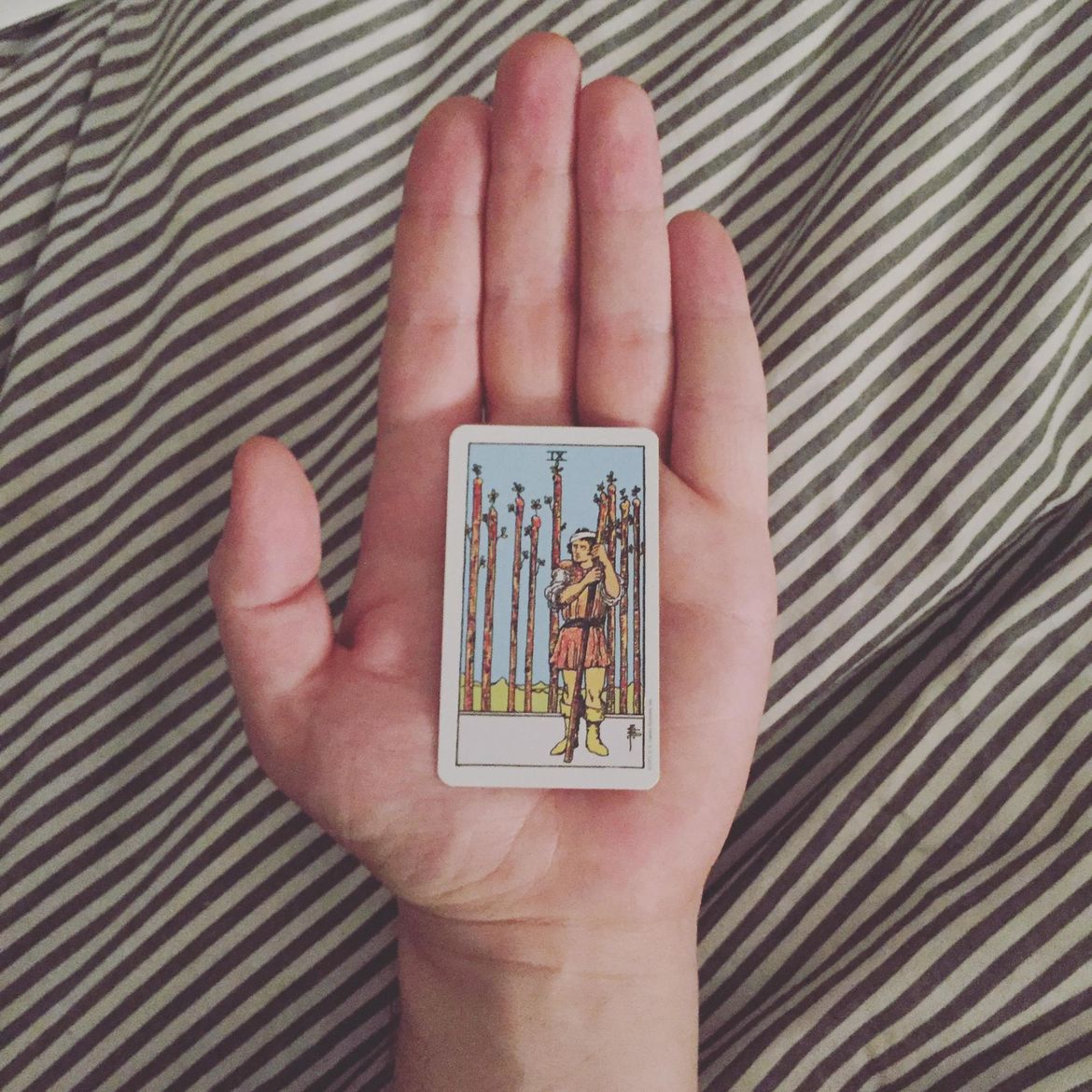 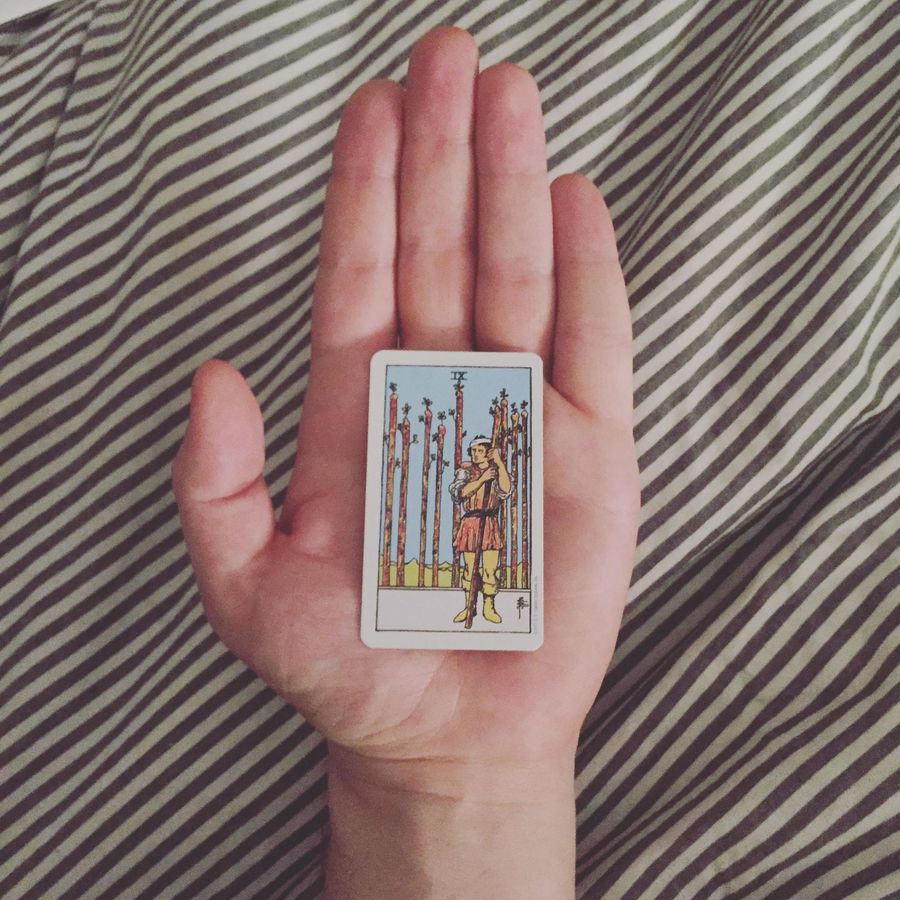 A Conversation About Poetry and Tarot

“Both tarot and poems know what they know. Both have an ancient memory.”

In the past year or so I have found great solace in learning to read tarot. I saw how many poets I admire practice tarot as a means to understand and reframe their lives and work. I wanted to talk to some poets who had greater experience in both poetry and tarot than I do, to learn more about what was steadily becoming a daily part of my life. I was ecstatic when Airea D. Matthews and Hoa Nguyen agreed. Here’s some of what we discussed about tarot, poetry, and where the two, sometimes, fortuitously meet.

Have you ever given or received an especially memorable reading?

Objects above include the Rider Waite Smith deck (I sometimes check in with it or use it for follow up questions), a metal owl figure from my love, a bottle of sea salt, a stone CA Conrad gave me that had been “charged” at the homes of Robin Blaser, Gwendolyn Brooks, Wanda Coleman, Emily Dickinson, Langston Hughes, Bob Kaufman, Denise Levertov, Lorine Niedecker, and Jack Spicer (I tend to press this onto the hollow of my throat before readings), a disc courtesy of Bhanu Kapil depicting a crow with the phrase “I am Fearless” on the back, two other stones of importance, and a button pin photo of Theresa Hak Cha from the Asian American Writers’ Workshop.

gender and my sexuality. Perhaps it’s the illicitness of it—I can hear my childhood pastor’s voice in the back of my head telling me about the dangers of the occult, often borrowing phrases he also used to denigrate queerness (though of course he didn’t call it that, preferring instead only to refer to “the homosexuals”). Do you find that tarot gains some extra power from / holds some resonance with any parts of your identity?

Born in the Mekong Delta and raised in the Washington DC area, Hoa Nguyen currently makes her home in Toronto. Her poetry collections include ,, , and from Wave Books. She teaches poetics at Ryerson University, for Miami University’s low residency MFA program, for the Milton Avery School for Fine Arts at Bard College, and in a long-running private workshop.

Trevor Ketner holds an MFA from the University of Minnesota and has been or will be published in  Day One, Ninth Letter, West Branch, Pleiades, The Offing, Lambda Literary, Hayden's Ferry Review, Adroit, Best New Poets 2015, and elsewhere. His essays and reviews can be found in Booklist, Boston Review, The Rumpus, The Collagist, and Lamda Literary's site. He was a resident at the Vermont Studio Center, received the 2014 Gesell Award in Poetry, and is Associate Poetry Editor for Slice magazine. He has previously worked for Ayesha Pande Literary, The Poetry Foundation, and Graywolf Press.

How To | Beginning Middle End

The Making of a Comics Memoir

“Over thirty years of friendship amounts to quite a few stories. I whittled away at them to form the story I wanted to tell.”

A Conversation About Acne

“How much money do you think you’ve spent on acne treatment shit in your lifetime?”