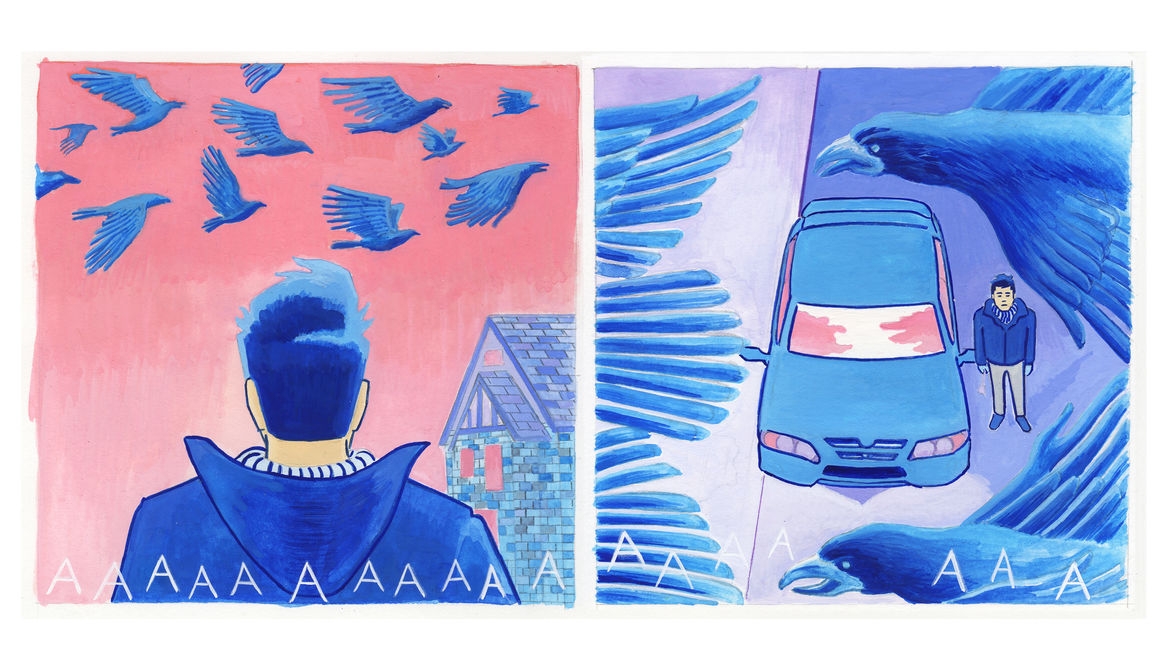 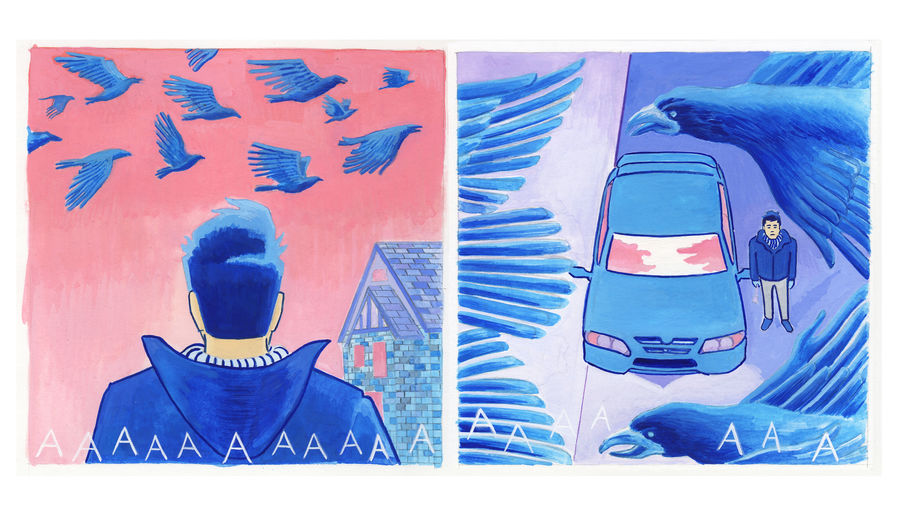 This is “The Poetry of Comics,” a series of conversations with artists working at the intersection of comics and poetry.

non-linear time, symbolic representation, and the structure of the page. In The Poetry of Comics, I speak with artists invested in using this shared machinery to explore the poetic possibilities of comics.

For the first installment of this series, I interviewed cartoonist Andrew Lorenzi. Multo, Lorenzis debut book of autobiographical comics, resists easy categorization. Using paint, pencil, and embroidery, Lorenzi transports us to familiar scenes: waking up alone, rushing to work, long car rides as a child, and walking through your hometown as an adult. Against these everyday backdrops, he ruminates on themes ranging from sleep paralysis to Filipino folklore. Lorenzis vivid language and surreal colors restore the luster of these mundane moments, urging readers to recognize the splendor and significance of our daily rhythms.

In addition to Multo, Lorenzi and I talked about the affinities between his comics and poetry, sneaking a notebook into your day job, and his new project, Pedestrian, which Im eagerly awaiting!

This conversation has been edited for length and clarity.

Eliza Harris: I read as a series of poems and vignettes that capture memories, sensations, and realizations from your life. Do you see poetry as an element of your comics? How do you define your work?

EH: I love how you connect the sparseness of poetry and comics. It makes me think about how gutters [the spaces between comic panels] operate similarly to line breaks in poetry. With both, we’re meant to read into that gap.

Could you tell me more about learning to read from comics?

Scooby DooPeople don’t have black outlines around them

EH: Comics are so often a medium for autobiographical stories. Do you think there is an element of comics that particularly lends itself to personal narrative? I’m especially interested in this question within the context of your approach to representing your life as a collection of everyday experiences rather than a linear story.

EH: I want to get back to your book. Could you talk a bit about how you came to the title , which is the Tagalog word for ?

EH: Maybe it was rereading after the isolation of this past year, but I felt like loneliness was a ghost haunting its pages. You capture moments many of us can relate to, from lying awake at night to waking up and realizing your partner has already left for work. What draws you to these scenes of solitude?

EH: Another haunting presence in is the menacing figure that appears during your sleep paralysis. It’s difficult enough to remember dreams, let alone describe them. How were you able to capture the experience of sleep paralysis in a comic?

MultoI have to engage with this. I have to understand what this is if I’m going to live with it

EH: Part of what makes so striking is your use of nontraditional comic mediums like paint and embroidery. What does your artistic process involve? What do you think about when bringing text and image together?

EH: There is a beautiful silent comic at the center of of you skateboarding to and from work. I love this sequence because commuting can be such a significant part of our day, in the time it takes up and all that can play out internally during it. I was excited to learn your current project, , is a “meditation on travel, of being separated from others within metal machines, and the places (real and figurative) we go when traveling on long, dark roads at night.” Can you tell me more about this project? What drew you to it, and what are your plans for it?

EH: Speaking of the joys of commuting, many artists have day jobs in order to pursue their creative careers. What jobs have you had outside of your creative work, and how have you balanced them with the time, motivation, and space needed to make art?

EH: One last question: Who, artists or otherwise, have particularly influenced your work? Are there other people who work at the intersection of poetry and comics you’d recommend for readers interested in this genre?