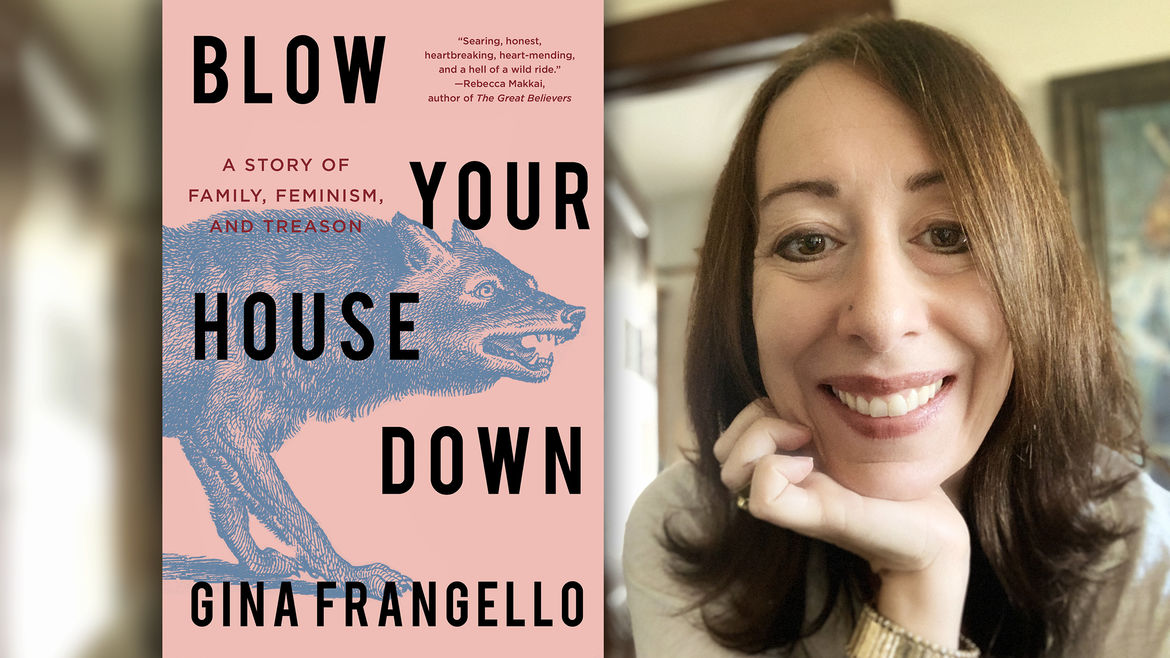 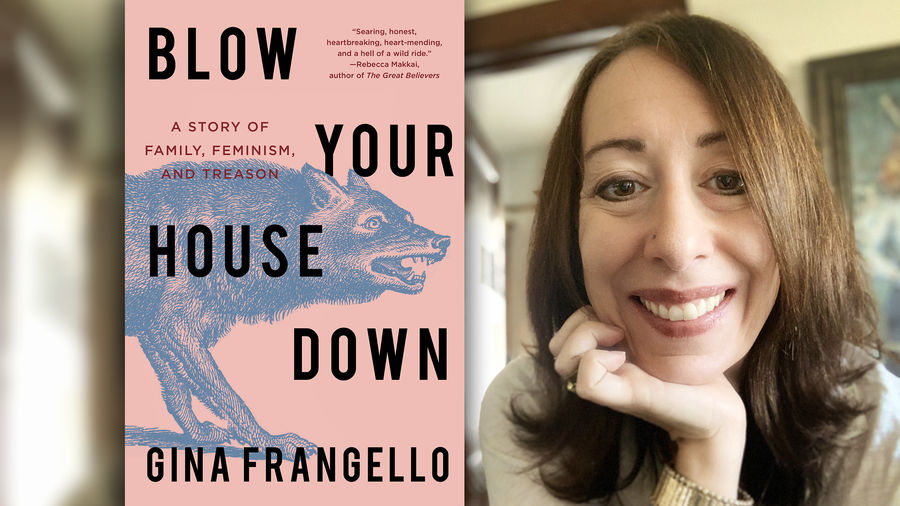 Photograph courtesy of the author; book jacket by Counterpoint Press

“Memoir means working within the confines of your choices”: A Conversation with Gina Frangello

“Finding time to write is what comes hardest. Everything else is easier than that.”

Blow Your House Down: A Tale of Family, Feminism, and Treason

A Life in MenLos Angeles Review of Books

Joanne Furio: Are you tired of all these interviews?

JF: In the Author’s Note, you describe how you compressed sequences of events, created composite characters, and changed names and admitted to not being “capable of remembering everything that took place exactly.” Why is this necessary?

JF: How did you choose between writing this book as autobiographical fiction versus memoir?

JF: Since our audience is writers, I’d like to hone in on your decision-making process. The book is a collection of linked essays. Five out of thirteen chapters were published in literary magazines. Was your strategy to start with published essays and then propose a book?

JF: Let’s talk about structure. Was your climactic chapter, “Blow Your House Down,” difficult to write a couple of years after the fact?

JF: The emotion in that chapter feels so raw. Was it hard to summon those demons?

JF: I read somewhere that contemporary creative nonfiction has become obsessed with form. You do change things up yourself, including lists, a dictionary, a pastiche of numbered sections in the last chapter. Does this interest in form inspire you to experiment more?

JF: Who are the writers who’ve inspired your creative nonfiction?

This writer wrote with no holds barred! She told everything!

JF: When it comes to your work, what part of the process comes easily and what comes the hardest?

haveOh, this man is writing about his body

JF: When you write about your parents and Kathy, you shine a light on class and dignify it. There was dignity in your parents’ relationship and your friendship with someone you turned out to be so different from

Every Kind of Wanting

JF: After the book’s climax, I kept trying to analyze the root causes of what happened. I kept coming back to economics and motherhood and how nothing’s really changed. So many women give up their careers when they have children and are supported by their husbands, forfeiting a part of themselves and sometimes straining their marriages as a result.

JF: How is the juggle going for you now that you’re no longer on the Mommy Track and have achieved literary acclaim?

Blow Your House Down

Joanne Furio spent 30-plus years writing about other people, culture and design for publications like The New York Times, Dwell and Ms. before shifting the focus to herself in 2014, when she enrolled in the creative writing program at Saint Mary’s College of California. Over the years, her personal essays have appeared in Believer, The Evening Street Review, East Hampton Star and on the websites Juked and Panoply. She lives in Berkeley and teaches at Saint Mary’s and Holy Names University in Oakland.