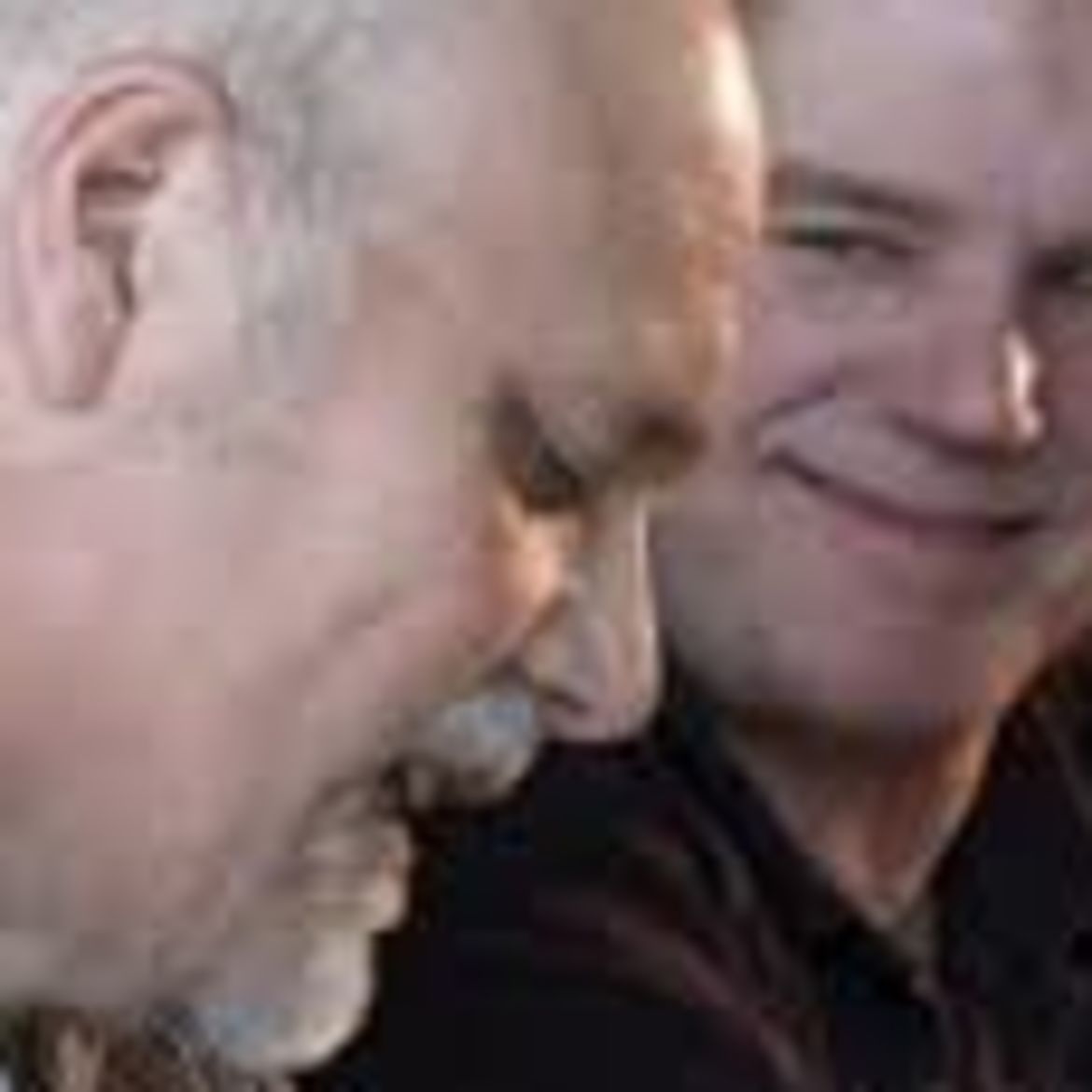 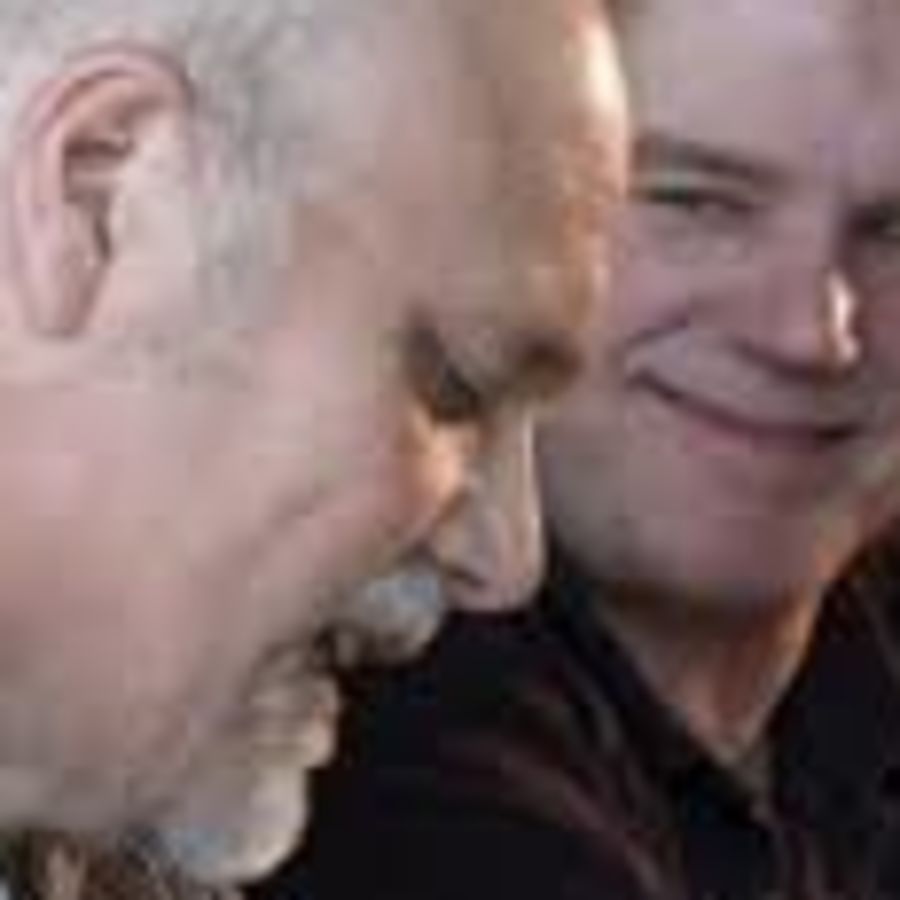 “So you want to hear something weird?”

“If I wasn’t willing to, I wouldn’t be here with you,” my friend Jim said.

“What’s the longest lag time you’ve ever gone between seeing a woman and getting in touch with her?”

He looked off into the distance, his head cocked to one side. “I guess—like twenty years.”

“This girl I was in high school with,” he said. “Her dad was in the Air Force, and he got transferred right after we had sex for the first time.”

“She was sixteen, I was fifteen.”

“One of those high school reunion websites. She actually upgraded to a platinum membership for a month so she could contact me directly.”

“I’m impressed,” I said, then tried to catch the bartender’s eye. “Did you get back together?”

“Naw, but it was pretty flattering to my ego. She said it was a cliché, but the first love really was the best, just like she’d heard.”

“Yeah,” he said, a smile crossing his face slowly, like a low cloud being pushed by the wind. “Especially since I didn’t know jack about pleasing a woman. I was so excited it probably took less than a minute. Why do you ask?”

“Because I got a strange email out of the blue the other day.”

“From an old girlfriend?”

“We weren’t even that close.”

“And how long ago were you in touch with her?”

“So what—when you were thirteen?”

“Twelve. I had a late birthday, so I was the youngest in my class.”

“Wow. So what did she say?” I stopped the story because it was our turn with the bartender. We ordered another round and started up again.

“She said she’d always had a crush on me—kind of a nerd crush. We were both at the top of our class all through grade school, but I never noticed her.”

“She was quiet, and Carolyn Mitzel was the first girl to develop breasts, so I tended to . . . uh . . . focus my attention on her.”

“So she’s had this secret longing for you for half a century. Why’s she getting in touch now?”

“She’s in the hospital, waiting for a liver.”

“Because you ignored her she turned to the bottle and ruined her life?”

“No, it was—how did she describe it—non-alcoholic cirrhosis.”

The bartender arrived with our drinks and, with that looming note of caution dispelled, we each took a sip.

“Huh,” Jim said. “So she’s at the end of her life and she tells you she’s been carrying a torch for you the whole time?”

“It wasn’t entirely one-way,” I said. “It’s funny the things one person remembers and the other forgets. I told her I was glad she got in touch, and did she remember that we had in fact agreed to be boyfriend-girlfriend in the spring of seventh grade?”

“She didn’t remember it the way I did. I remember it pretty clearly. I’d just about given up on Carolyn, and I was sitting on a tennis court with this other girl, our backs to the net.”

“I don’t know. All of a sudden everyone had gotten into tennis, but nobody was any good at it because it was just a little town and nobody’d had any lessons. So we sat down while the other kids were playing on the next court and were getting along really well.”

“She asked me if I was still going with Carolyn, or something like that.”

“I was kind of bitter, because Carolyn had been paying attention to other guys, playing the field. So I said ‘You should probably ask Scott or Tommy about that.’”

“And what did she say to that?”

“She said ‘Who should I ask you about?’”

“Yeah—she kinda surprised me. So there we are, sitting next to each other, our backs to the cold spring wind, kind of huddled together. And I said ‘I don’t know—I guess you could ask me about you.’”

Jim started to laugh, loudly enough so that the woman sitting next to him turned to look. “You debonair son-of-a-bitch,” he said, and clapped me on the shoulder. “It’s not often a guy can get off a line like that.”

“It’s not often you get the opportunity—it was a perfect set-up.”

“Well, we couldn’t just kiss right there. And when you’re twelve you can’t drive, so I could hardly ask her out. Summer vacation was a week away, and so I wouldn’t see her again for a while. Plus, in the . . . uh . . . passion of the moment I’d forgotten that I was transferring to another school the next year.”

Jim started to shake his head. “Okay, I take back what I said about you being debonair. You were the same loser then that you are now.”

“I was twelve for Christ sake, gimme a break.”

“So the romance ended there?”

“Yep, but it’s not like there was anything I could have done about it. Her family moved away the next year anyway, so we couldn’t have kept it up even if we’d tried.”

Jim took a sip from his bottle of beer. “Well, you got me beat for casting a spell of romance. So are you gonna follow up with her now?”

“You cad—you bounder! She needs a liver and you’re going to ignore her?”

I gave him a look that I hoped would convey my pity for his ignorance. “It’s not like a kidney--you only get one liver. I don’t have a spare.”

“Oh, right. So where would she get one?”

“I think you have to wait for somebody who’s an organ donor to die.”

“Huh. Are you still in touch?”

“We traded a few emails, and it was clear she had thought about what might have been if she hadn’t moved away--she’s been married twice and is divorced now. But then she stopped replying.”

“No, but I thought for a while she was when I didn’t hear from her. Then I got a reply from a woman who said she was her daughter, who had access to her email account. She said they’d found a liver for her, and that she’d be out of touch for a while for the operation and the recovery.”

“If she gets better it’s going to be like a miracle. She’ll think getting in touch with you saved her. She’s going to want to see you in person.”

“I suppose that’s a possibility.”

“Are you going to tell your wife about all this?”

I looked up at the television. It was a Sunday night, and the Red Sox were playing the Yankees. It had been a cold April, like the one fifty years before. “I don’t think so.”

He's Not Into Her