A Conversation with the Magpie
Yuka Igarashi

It was a New Year’s Eve in the ’90′s
and I was at loose ends.
I decided to skip the midnight show
and go to a party with friends. 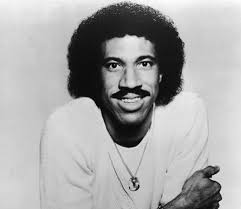 After the obligatory dance with my hostess to her then-favorite popular song
(If memory serves correctly, it was Lionel Ritchie’s “All Night Long”),
I scanned the room for possibilities and was struck by a frame that loomed ahead of me.

A dirty-blonde woman in a little black dress,
her face a picture of chagrin
Was similarly looking around as if lost
other’s heads ending at her chin.

Six foot two if she was an inch (I’m only 5’11″),
She had that je ne sais quoi about her that caused my dough to leaven.
I figured, what the hell, I’ve got nothing to lose
except for my place standing next to the booze.

I sidled on over and caught her eye,
and gave her my best friendly smile-
the one that says “Don’t dial 9-1-1 on your cellular phone–
I’m not coming on just to jump your bones.”

She smiled back and we started to talk
about this thing, that and the other.
I asked her what she did, her time to kill
she said “I’m a basketball nut-I like Louisville.” 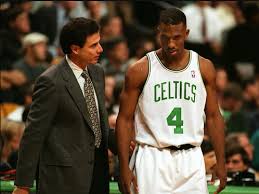 I loved her right down to her leastest neutrino–
“That’s the school that relieved us of Rick Pitino!”
Who made the ill-advised trades I’d had my fill of-
(who did we get for Chauncey Billups?)
The coach who made big bucks from motivational speeches
and sucked life from the Celtics like a plague of leeches!

“I know what you mean,” she said thoughtfully
as she gazed off into the distance:
“Eudora Welty is not walking through that door, fans,
neither is Flannery O’ Connor.”
Did I hear her right? I swear, on my honor,
She definitely had no flies upon her. 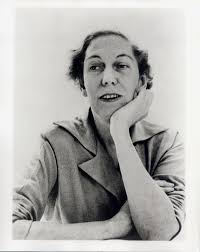 I was stunned like a mule hit by a 2 by 4
if you’d struck me with a feather I would have been on the floor.
“You like Southern Lit by Gothic Girl Writers?”
I asked as she sat and I scooted beside her.
She nodded and spoke with a Blanche DuBois air–
“Most men are so vulgar-your type is so rare!”

I’ll skip the next twelve months and pick up a year later.
We’d dated–I think–but I’d not consummated her.
I was wondering-when exactly will we do the deed
to which all romantic grapplings inevitably lead?

Another New Year’s party, another dance,
another opportunity for romance.
We were getting along famously enough
when she said “I’ve got to go and pack my stuff.”

“Why,” I asked, “Are you planning on moving?”
“Yes,” she replied, “I’m going back to Kentucky.”
“Why now? Why there? It seems unbehooving–
why should I be the one who is so unlucky?”

“I guess,” she allowed, “I should have told you sooner.
There’s a guy back home-we’ve been taking a break.”
So all of this time, I shouldn’t have spooned her.
“I hope that this won’t cause your poor heart to ache.”

She left the next day, I’ve not seen her since,
and what might have been to this day makes me wince.
She at the low post, me at point guard,
feeding her bounce passes, nothing too hard.

A spin move, a head fake, a drive to the hoop
or me throwing a lob for her “Alley Oop!”
With all of the picks that I could have set her
I find even now that I can’t forget her.

From “The Girl With the Cullender on Her Head, and Other Wayward Women,” available in print and Kindle format on amazon.com.

The Unknowable: Writers On Death

Even if a writer dies pen in hand, he or she will not be able to write about what it is like to have died. Death is like an asymptote, something you can approach forever but never reach.

Life rejected me. Music was there to catch me.