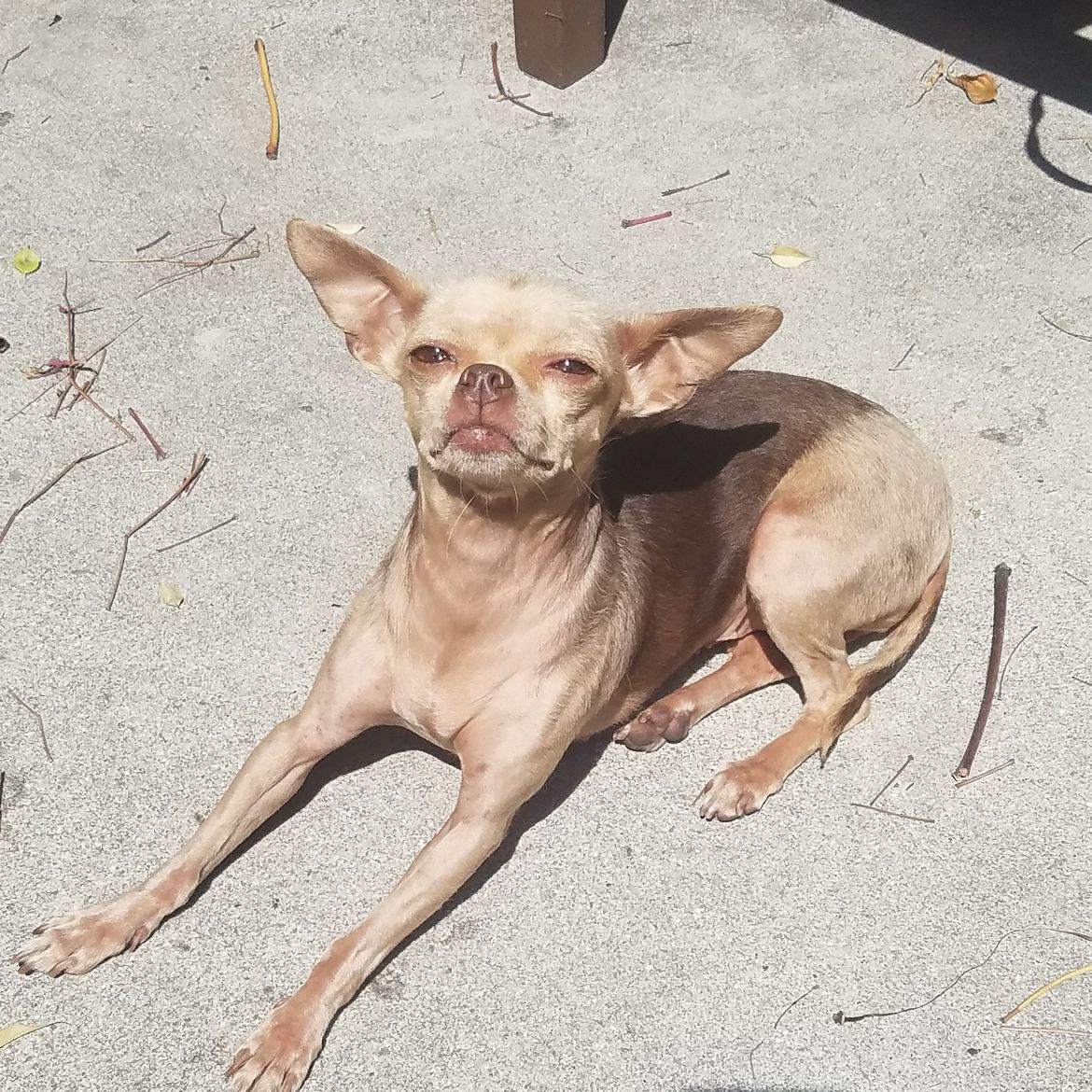 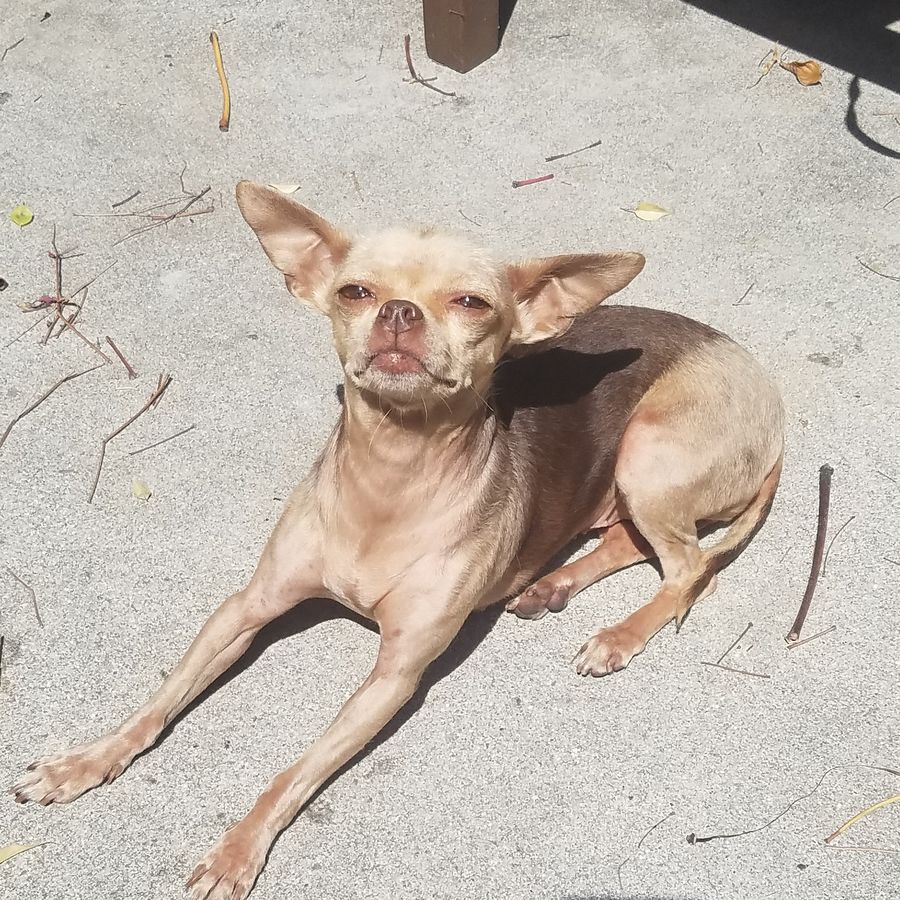 The Literary Pet of the Month is Gretel

When I first saw my mottled tan-and-brown Chihuahua at the SPCA, her name was self-evident. She was a tiny walking skeleton, her hip bones poking up like chicken bones to the California sun, a forgotten American dream. Half bald, she wore a pelt of sparse fur tight against her back, a brown disintegrating bathing cap curled around her bare skin. She was Gretel, cast out, captured, poking her stripped bone paw through the bars of her cage toward me.

Her large ears caused a Facebook stir among friends, analogizing Gremlins or Star Wars characters, accompanied by GIFs of Mos Eisley Cantina scenes, Jabba the Hutt’s little laughing concubine, and other exaggeratory descriptions. One observant friend noted that the ears looked like unfilled potato skins. In spite of her concaved abdomen, she managed to bring joy to those who set their Internet eyes upon her.

And she is joyful. Gretel was never sad or maudlin about her body’s state. Instead, she behaved silly on her first day home outside of our urban gingerbread house, rolling her exposed spine back and forth on the earth of our lawn, oblivious to how close she became to being under it. Like the character she was named for, she scattered life in each moment of survival, invisible breadcrumbs that led me to her.

Ayn Imperato is a Long Beach fiction and nonfiction writer. She is the author of Dirty Money and Other Stories (Manic D) and her work was published in underground magazines-Razorcake, Maximum RNR, Punk Planet and The District-for over a decade. Her work has also appeared in Rip Rap (CSULB), Punch &  Pie (Gorsky Press) and Signs of Life (Manic D). Ayn has performed as a featured reader at numerous venues including The Paradise Lounge, Vermin on the Mount, and Koos Art Center. She received her MFA at California State University, Long Beach.

“I wrote almost euphorically, allowing my memories, my knowledge, and my imagination to meld endlessly, freely.”