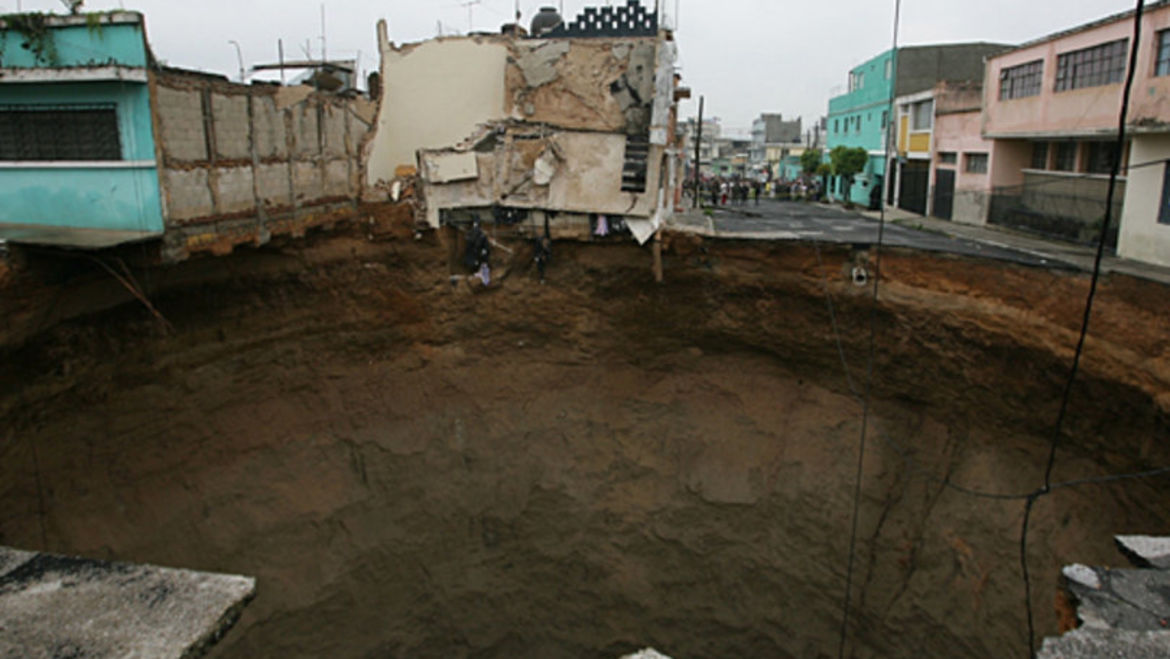 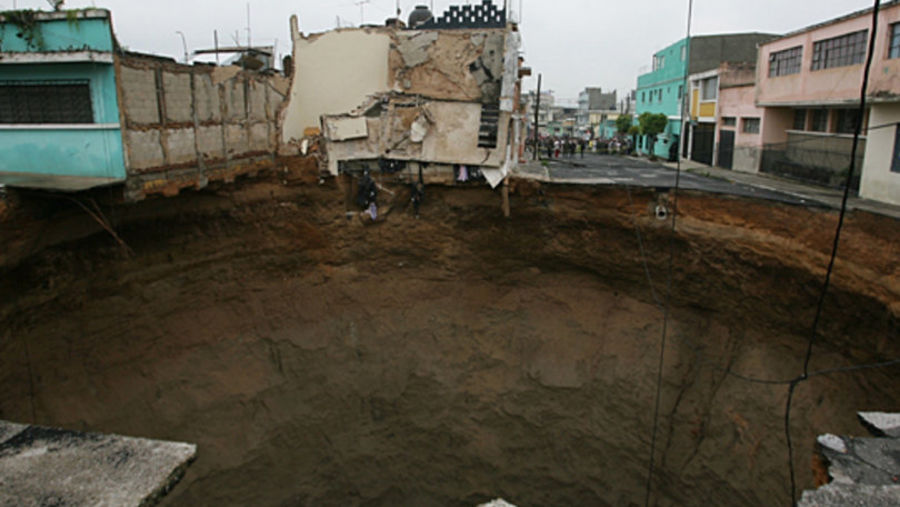 Human activity creates sinkholes. The rock dissolves, spaces develop, and an entire world forms below the surface of these natural depressions. A massive one opened up near the capital of Guatemala a month ago. We blamed Tropical Storm Agatha, but I knew it was the collapse of society. We will slip through the cracks once it widens.