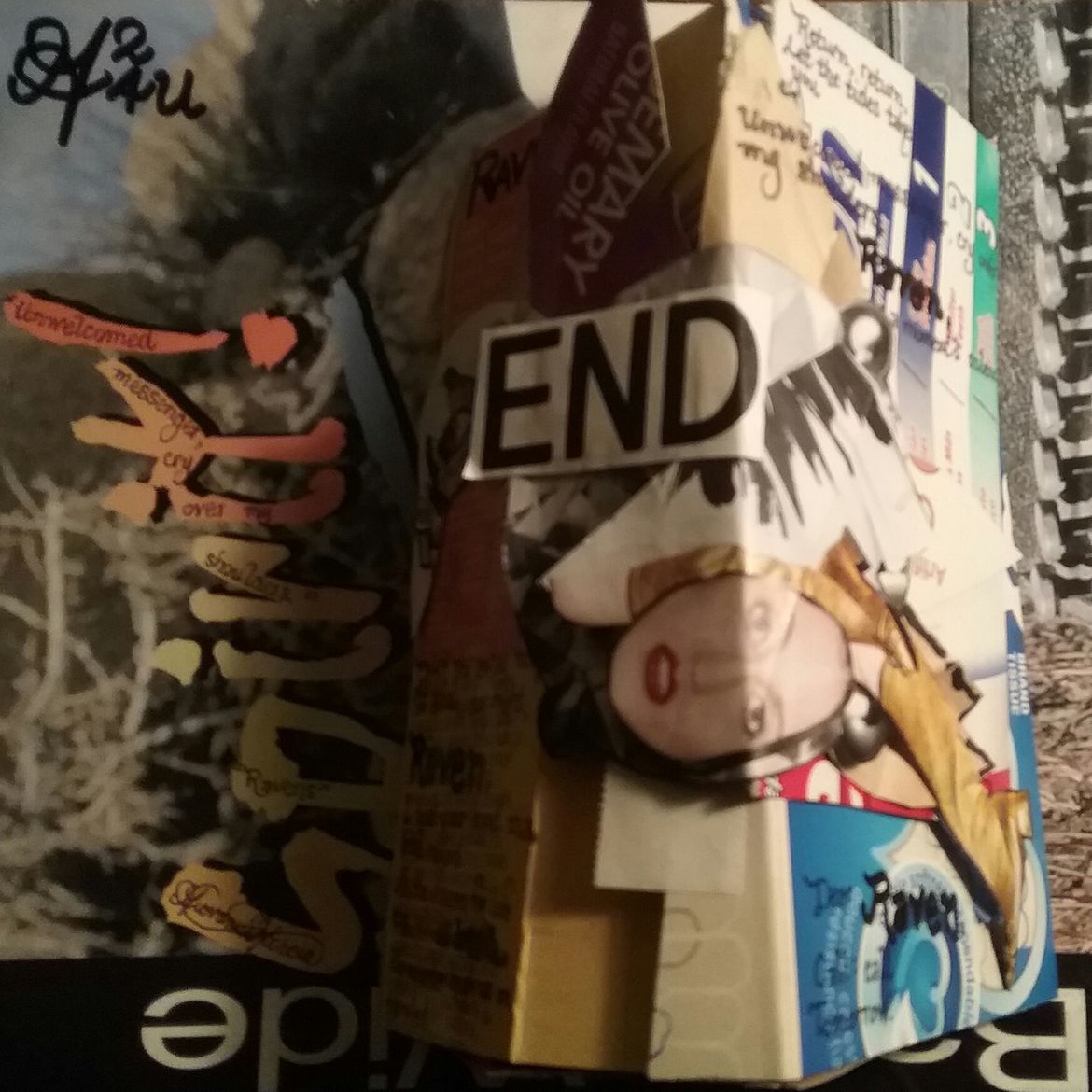 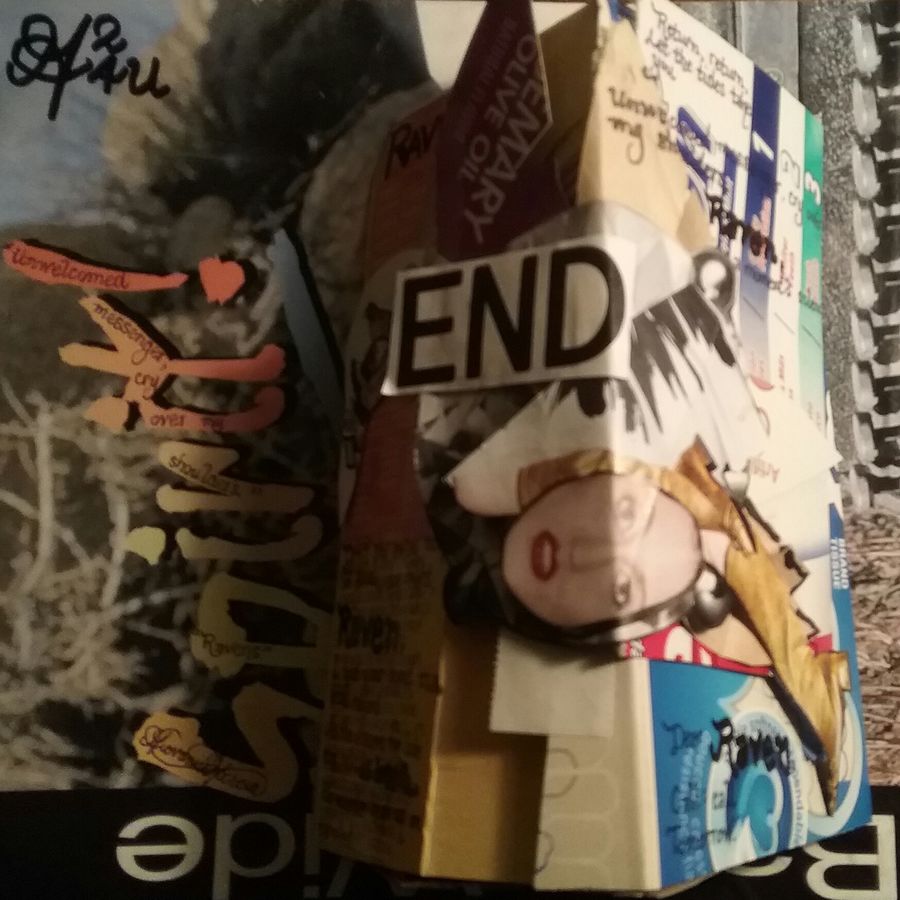 I'd Rather Be a Boy
Shannon Rose
Nonfiction Community | Then & Now

I've read recently that once you set yourself to something, everything is no longer possible. In such modes of endeavor, we creatives trap ourselves in a medium. Conversely, I've accomplished, as it were, very little in any one mode: I have begun and abandoned an English degree at a prestigious yet fallow institution; my poetry has profited me nothing despite publication in my local backwater; and my visual art literally scrapped together I have, in majority, left by the wayside. My recent pursuits have been as unyielding as the San Bernardino desert, and yet... I am knotted now to a transparent self-expression. Amateur, unequivocably, but that is the nature of the dilettante, a satellite to hir own navel.

If a particular methodology has cemented for me after a protraction of adolescence, its name is "waste management." For Shakespeare, all the world is a stage; for Lady Gaga, the whole of life is to play; and I have discovered my times as a matter of the secondhand, the utility of refuse. Like a master of the craft, my imperative is the nigh godly act of creation, from my persona(l) epicenter, that of *my* habitable universe. One can hardly imagine a Shakespeare staging other playwrights' bills, or a Gaga untheatrical; in similar fashion, my artistry cannot but be borrowed, hack-and-slash postmod collage with a  modest requisite of originality. I take the discards of one moment's passion and immortalize the prey of consumption without regard to whose propriety may be (mis)represented. From trash and the jettisons of sometime dedication, I synthesize free verse, two-dimensional sculpture transgressing valuation, and exercises in essay and song.

I deem this management of waste for my materials' disposability, suspended from some terminus in a landfill by adhesives, frenetic composition, and ritualism. As much as my writerly trajectory is externally influenced by glancing contact with my forerunners and superiors--occasionally even my peer (cf. "Undressing Byron", Jeremiah Moriarty)--, as much as my art takes its cue from a postmodern reading of Warhol, however, it is mine. I settle at acquaintance with tradition rather than intimacy, for the oeuvre documents my oft-neglected potentialities, a record due respect, I suppose, without the stringency of respectability. Even my violin is a castoff, and by its elegance I mean eek out pop: trite, ephemeral pop.

I was not always so ambivalent to others' appraisal, unembarrassed to manifest myself viscerally. Those formative teenage years to which self-exploration and the preliminaries of actualization are prescribed found me a highly resistant participant. I secreted a personality I ought to have nourished behind an apologetic self-consciousness from 13 onward, causing noted discomfort on the part of any would-be friend, colleague, or confidant attempting an understanding of me. If I indeed lived behind deadening neurosis, it was entirely private--I felt freedom under headphones alone as I began to cast aside self-seriousness as I listened to Millionaires' "Just Got Paid, Let's Get Laid", Marina and the Diamonds' "Shampain", and, of course, "Beautiful, Dirty, Rich" of the Mother Monster and all of the then dollar-signed Ke$ha's sleazy catalog. Behind tearful eyes of the darkest brown, I was confidently trash-pop.

I had wanted to be a writer since a childhood enamored of the Bard, on the other hand. Writers, I believe it is preconceived, are respectable wordsmiths, a far cry from trash of any sort. Exceptions do exist, without a doubt, but during my tender years, I couldn't have been said to be one of them. In high school, I demonstrated a flair for literary criticism, verbose and didactic, so perhaps , had I better socialized, my work wouldn't have lacked admirers. But I never let my peers in. Besides, torn between trash-pop and les belles lettres, I hadn't reconciled myself to a singular identity for but the strangest of bedfellows.

And then I went to college, smart, drugged and drunk college. I may lack a degree , but the post-secondary gauntlet did confer upon my significant relief from the inhibition of pretense and absolute sanity. Like a 3M tape, the fix was relatively cheap, or, rather, it was well-subsidized.

My history is little to boast of, but you may have guessed pride means little to me Rather, my past is my vehicle into the present and I would sport it with a grin as I essay all directions, that is, until that tomorrow when waste management amounts to some thing.

I am a dilettante of shifting and various proclivities, 25, living in the Californian desert.  Each dream bleeds into the next, a process that subdues my poetry to a constant psychoautobiographical metaphor. The only constants have been free  verse, a gently squawking violin, and hyperbolically hued imagery.

I live for validation, aspirations of fame, Warholianism, and, recently, my self. Oh,  and faulted  honesty. As such,  I would love to correspond with [you], for we've found each other, haven't we?

On Being This Side of Nowhere

in which I find myself contemplating the stars in a ditch

The Memory: In Defense of Suicidal Ideation

I don’t really want to die; I just want to be dying—in the Romantic, Victorian sense. I’m sure I’m not the only one to feel this way. Most people know the story of Sleeping Beauty. Surely I’m not the only little girl to grow up thinking that the dreaming princess had it made.

How Have Selfies Changed Our World

A decade ago it was not a normal occurrence to see people leaning over railings, making duck faces, and striking poses at all times in the name of a picture

The Before and After Of Popular Downsized Technology

The bigger an object the better it must be. This was for the longest time the idea most people held on to. However, time has made it clear that you can downsize anything with astounding results. From devices and gadgets to cars and even information, our world has made a rapid shift from being enamored with the big to being obsessed with tinier versions of the very same things.